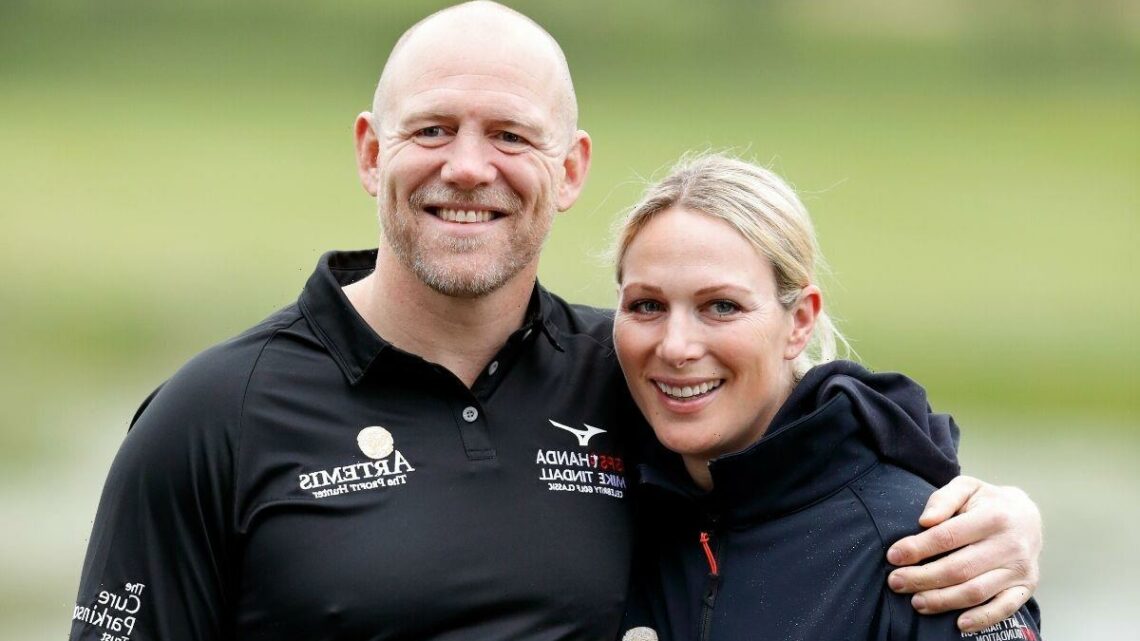 The fortunes of Zara Tindall and her husband Mike have now been shared, with the pair said to take home more than £1million each year thanks to their partnership deals with many big-name brands. This comes ahead of Mike’s confirmed appearance on this year’s series of I’m a Celebrity… Get Me Out of Here! which will air today on ITV at 9pm.

Mike is currently the fourth richest rugby player in Britain and is reportedly worth £15.7million, while his wife Zara is worth an estimated £14.4million, according to Celebrity Net Worth.

Among the famous names that Mike and Zara Tindall have collaborated with over the years include Land Rover and Rolex, with Zara even recently having signed a deal with luxury outdoor brand Musto that experts believe is worth around £500,000 alone.

Explaining a little more about how this sum is earned, Branding expert Nick Ede, told MailOnline: “Potentially she will have a back-end percentage on sales, which can really increase revenue.

“Fashion brands do this to incentivise the talent to promote and wear the brand more as that will increase sales and revenue for both parties.”

He also went on to explain that thanks to Zara’s existing partnerships, the talented equestrian is in a strong position to negotiate any future collaborations, with Nick even suggesting there could be a series of “bidding wars” between companies in the hopes of winning Zara’s endorsement.

Yet this isn’t the only source of revenue for the couple either, with Mike reportedly set to earn at least £150,000 for his upcoming appearance in the I’m a Celebrity Get Me Out Of Here Jungle.

While many fans are already forward to his arrival in the jungle, the moment is also a historic one, as it will be the first time any royal has appeared on a prime-time reality TV show since 1987.

Speaking about the upcoming appearance, Nick explained that one of the biggest draws for contestants taking part is the brand deals that follow. But he did also share what he thinks the minimum fee will be for Princess Anne’s son-in-law to take part.

He said: “I am sure Mike will have been paid in excess of £150,000 to appear, but the true value of the show is what you do after it. Whether he gets a prime role as a sports pundit or panellist or host of a show who knows but for ‘brand Tindall’ this is a great step and will increase his celebrity equity tenfold.”

Prior to signing up for the show, Mike had previously taken part in Channel 4’s winter sports competition The Jump back in 2015 after having received the Queen’s blessing to take part in the show.

In the same year, he also turned his hand to a second challenge, as he appeared in Bear Grylls: Mission Survive.

A source told The Sun that Mike is “sure to be discreet” on I’m a Celebrity, given his loyalty to the Royal Family, but added that “his sheer presence means this series will be an absolute must-watch”.

The couple is not classed as working royals, meaning they do not make any money from the royal engagements they take part in, nor do they take any taxpayer money for funding their home, lifestyle or security.

This is something which Mike has admitted does play heavily on his mind from time to time.

He told The Times: “You always worry about money… I was very fortunate that I had a couple of ambassadorial roles, so you know there’s money coming in.

“But sponsorships won’t last forever. You’ve got to plan… and what’s coming down the line in terms of school bills, fees to pay.”

Therefore, if figures are to be believed, Mike’s appearance in I’m a Celebrity could be very beneficial to the Tindall family from a financial standpoint.

It is thought other contestants such as Boy George are being paid a hefty sum for their stints on the show. A source told Mail Online: “He has also been secured the highest pay cheque in the history of the show – close to £900,000.”

In addition, surprise guest Matt Hancock, the former Health Secretary, is set to be receiving a reported £400,000 for his stint on I’m a Celebrity, according to The Independent.