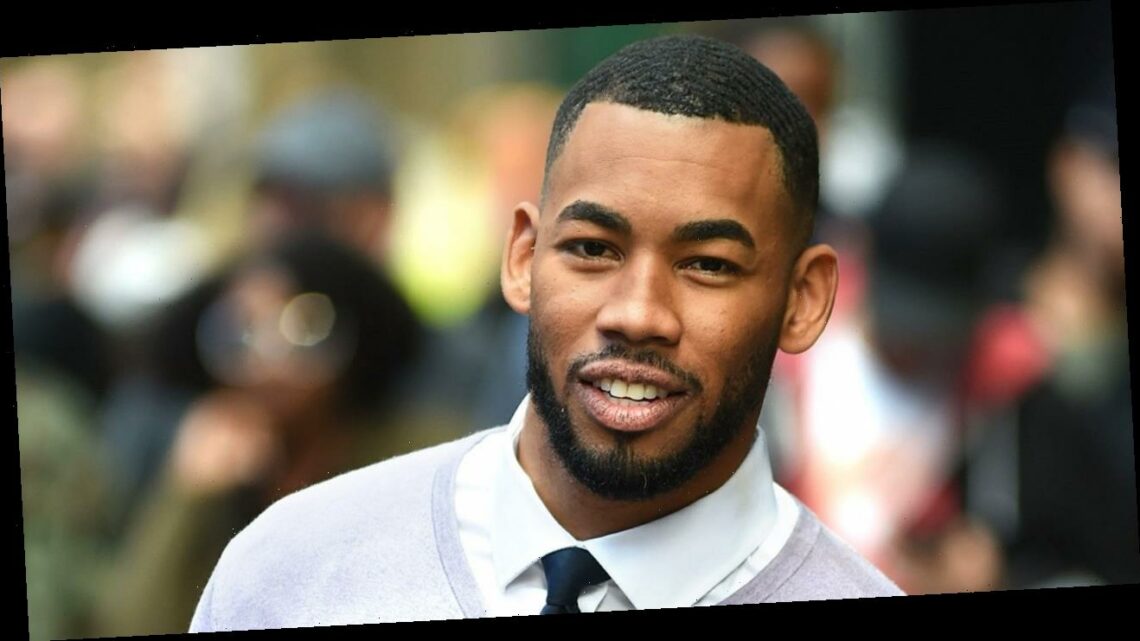 Mike Johnson: How 'The Bachelorette' Impacted My Mental Health

All about growth. Mike Johnson didn’t have an easy ride on season 15 of The Bachelorette, but the toughest part of his journey didn’t come until after the show.

The reality TV personality, 32, quickly became a fan favorite as he vied for Hannah Brown‘s heart in the spring of 2019. As he gears up for the release of his debut book, Making the Love You Want, Johnson reflected on how being thrust into the public eye after appearing on the ABC dating series impacted his mental health.

“Being on the show, I’m around a bunch of alpha dudes. That’s no big deal to me personally,” the Texas native tells Us Weekly exclusively of his experience filming in the Bachelor mansion. “I think being in the air force helped me out a lot and dealing with different personalities … so to me it wasn’t a big deal at all.”

For Johnson, the lack of sleep, busy schedule and constant travel didn’t take much of a toll on his psyche. However, once he was back in his own reality, he faced unexpected challenges and judgment from avid Bachelor Nation fans on social media.

“After the show, I’m dealing with … certain friends that think they [can] make fun of you and say, ‘Oh, you’re acting brand new now.’ When you’re not, you’re the exact same individual or you know, we all got those trolls that call me the N-word,” he tells Us. “‘This is why you’re not the Bachelor,’ you know, things of that nature. Honestly, it used to annoy me, but I might as well be putting on my clown makeup if I allow them to deteriorate from my happiness.”

In his book, on shelves October 2, Johnson explores his own journey to self-love and provides plenty of helpful tips for readers to take the same steps on their own paths to self-acceptance. Despite leaving season 15 of The Bachelorette heartbroken — and later being passed over for the chance at being the Bachelor — Johnson is secure in his identity and proud of his positive outlook.

“I think it’s good that I actually went through it because now I have a different form of experience in dealing with mental health from the public eye aspect, from the military aspect, from growing up,” he explains. “After the show … what helped me the most I would say is all the beautiful people, my extended family that would [believe] in me and tell me their life story and tell me what they’re going through.”

Johnson has been a beacon of light within Bachelor Nation, especially since Matt James was announced as the franchise’s first-ever Black Bachelor. While many fans thought Johnson would have been a perfect fit for the role, he reminded them all that he was appreciating all the positives in his own life.

“Don’t feel bad for me at all,” he said via Instagram in June. “I am just so elated. I have so many things coming down the pipeline. I hope that you enjoy my book. I have so much to talk about in it. And just, quite honestly, be happy, baby. Don’t say nothing bad about my homie. Matt’s gonna do a great job. And just know that they listened to us. We got a black lead, which is an amazing thing.”

Making the Love You Want is available on October 2.

CategoryLifestyle
TagsBa How Johnson: Mike the

In 'The Last Jedi,' Fans Got the Payoff They'd Been Waiting for 'for 37 Years'
World News