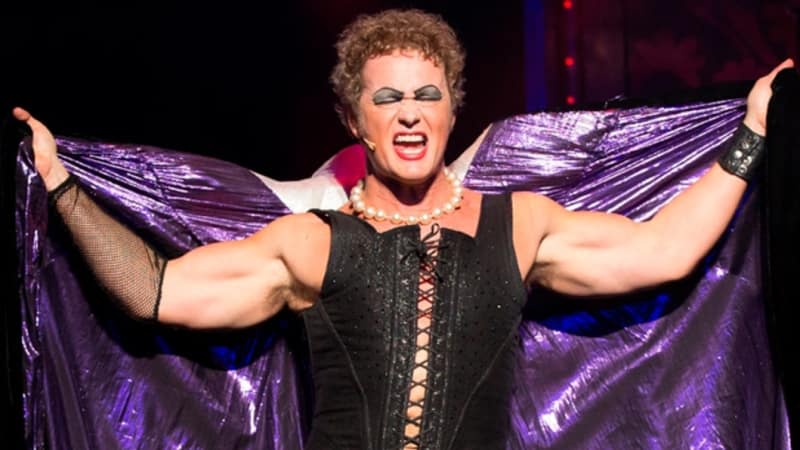 It’s been a turbulent year in Australian theatre. The culture of the industry has come under intense scrutiny as it continues to wrestle with the implications of the #MeToo movement. 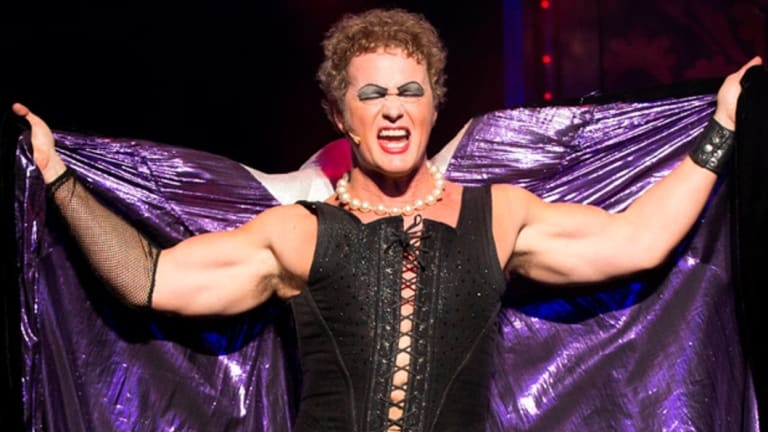 Craig McLachlan was replaced by Todd McKenney in The Rocky Horror Show following sexual misconduct allegations against him.

As everyone who isn’t living under a rock knows, allegations of sexual misconduct raised against actors Craig McLachlan and Geoffrey Rush by their female colleagues have snowballed into celebrity courtroom drama.

The two actors have strenuously denied the claims made against them, and with an all-star cast of Australian theatre artists appearing as witnesses on both sides of their defamation cases, the ensuing media circus was always going to overshadow any onstage fare.

It’s high-stakes conflict with an air of tragedy about it, though if any lasting good is to come of all this, it will be unglamorous: implementing policy and procedure, as the mainstage companies say they’ve since done, to help affect cultural change behind the scenes.

McLachlan was replaced – by a comparatively restrained Todd McKenney – as Dr Frank ’N’ Furter in The Rocky Horror Show, and Rush withdrew from the MTC’s Twelfth Night, though Simon Phillips’ charming production had more than enough lustre to beguile audiences without him.

Indeed, that show was one of the MTC's season highlights – in no small part thanks to the precise timing and natural comic flair of Christie Whelan Browne, who also delighted audiences as the villain in Oscar Wilde’s An Ideal Husband. (And that’s a tribute not just to Whelan Browne’s talent, but her grit – she pulled it all off despite the distraction of being centrally involved in the McLachlan defamation trial.) 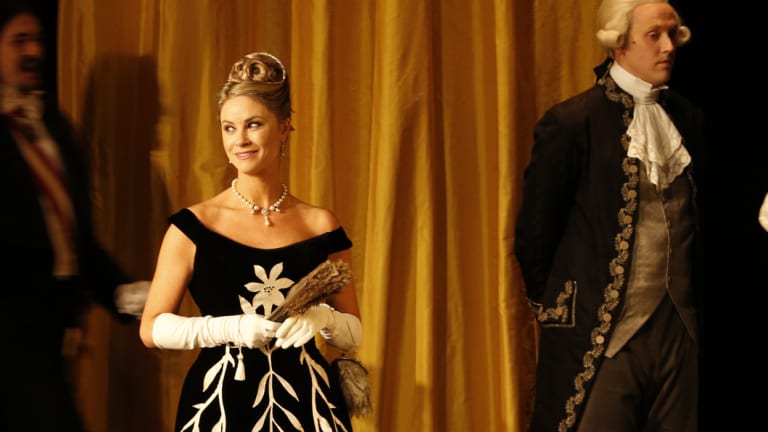 Formidable women are the backbone of modern drama, and the MTC offered rich and varied portrayals. Marta Dusseldorp bestrode the stage like an Amazon as feminist anti-hero Nora Helmer in a sharp, contemporary sequel to Ibsen’s A Doll’s House, while Melita Jurisic compressed a terrifying, basilisk-like presence into the caged tyrant of a mother (and stern agent of patriarchy) at the heart of Lorca’s The House of Bernarda Alba.

Between those two poles, the MTC gave life to women of every stripe and colour, from prizewinning scientists to socially awkward spree killers (the last brought to us by Lisa McCune in a clever piece of anti-typecasting).

What about the male side of the equation? Perhaps tellingly, it’s to boys rather than men that the MTC’s emphasis shifted. The West End production of The Curious Incident of the Dog In The Night-Time, and the locally produced Astroman, were both likeable coming-of-age stories, starring juvenile lead characters facing the mystery of growing up. 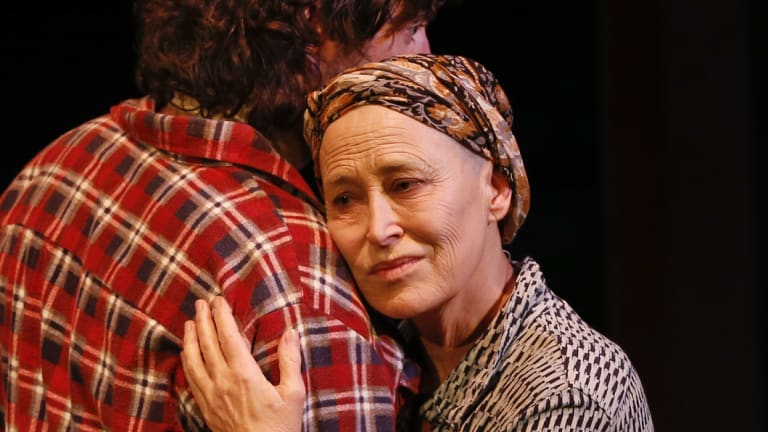 Linda Cropper and Johnny Carr in The Architect..Credit:Jeff Busby

For authentic, warts-and-all portraits of wounded masculinity poised between hope and despair, you can't look past Indigenous artists. Jada Alberts’ Brothers Wreck at the Malthouse served up intense and moving domestic drama from the Top End (and in a similar vein, the Indigenous characters in Bottomless at fortyfivedownstairs looked into a dark glass without flinching).

The Malthouse had a mixed year otherwise. A stylish, ambitious adaptation of Lars von Trier’s Melancholia might not have had quite the Earth-shattering impact it deserved, though there were enough inspired moments to ensure no one will forget it in a hurry.

And Anne-Louise Sarks’ production of Sarah Kane’s Blasted unleashed a genuinely distressing vision of toxic masculinity that still sits in the mental centre of my year like some sort of black hole.

Theatrical craft failed as often as it succeeded. Osama Sami’s Good Muslim Boy was far funnier and more complex as memoir than as stage play. In contrast, Post’s autobiographical Ich Nibber Dibber proved a hilarious masterclass in post-dramatic irony and a revealing experiment in freedom of theatrical form. 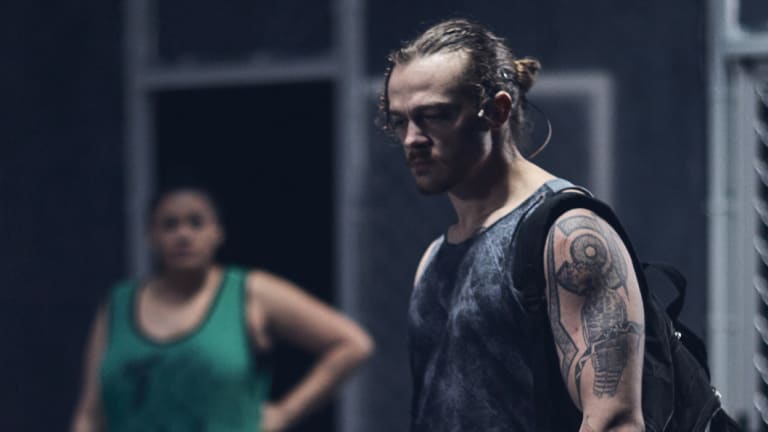 Commercial musical theatre had plenty to offer fans. Among the highlights were dashing productions of Oklahoma! and A Gentleman’s Guide To Love And Murder as The Production Company celebrated its 20th anniversary.

Some shows were too big to fail: Priscilla made a sequined return, The Wizard of Oz reunited the stars of Wicked for the prequel, and Tina Arena is still drawing crowds in Evita at the Arts Centre. But the show that impressed me most was small and independent: boutique Sondheim company Watch This, staging A Little Night Music with Nadine Garner giving an incredible performance as Desiree.

There were some serious flops: Green Day’s American Idiot has no right to call itself a rock musical, The Boy from Oz didn’t make it to Rio, and worst of all, Bryony Kimmings’ musical about cancer was every bit as awful as that sounds.

It is always a difficult year for independent theatre, and the fire that burned down La Mama in May struck a blow – but also a chord. The crisis roused the resilience and commitment of Melbourne’s theatre community, with a diverse season continuing at new, temporary headquarters in Trades Hall.

The company's artists still have two fingers on the pulse: one pair of shows I saw there used surreal clowning to explore the complexity of masculine (Ben Grant’s The Rug) and feminine (Liz Skich’s Mothermorphosis) stereotypes and roles.

Finally, Jonathan Holloway’s 2018 Melbourne Festival had everything you could want, from Frogman, an experience built around the nascent potential of Virtual Reality in theatre, to a sublime children’s book adaptation, A Ghost In My Suitcase, that showcased the best of what Australian artists can achieve with major festival backing.