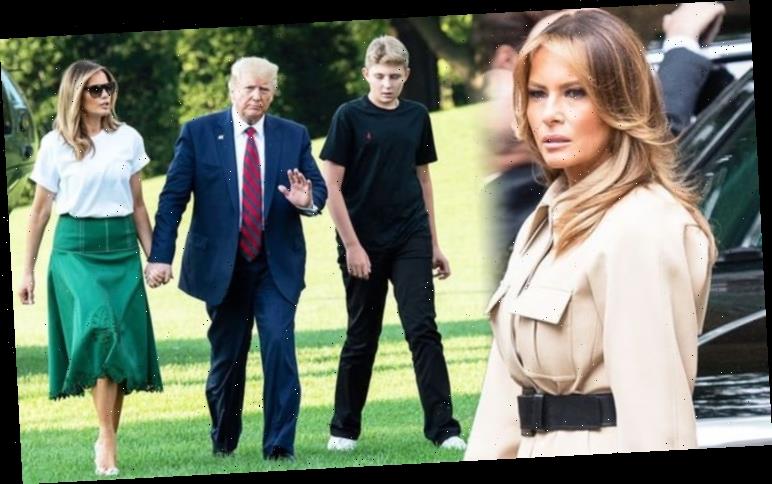 Melania Trump, 50, is the US First Lady and wife of Donald Trump, 74. She is the step-mother of four children and the mother of Barron Trump, 14. The former model’s body language suggests she is an important influence on her son as he becomes more independent.

Melania first met her husband at a party in New York in September 1998.

The couple dated for around six years before tying the knot on January 22, 2005. 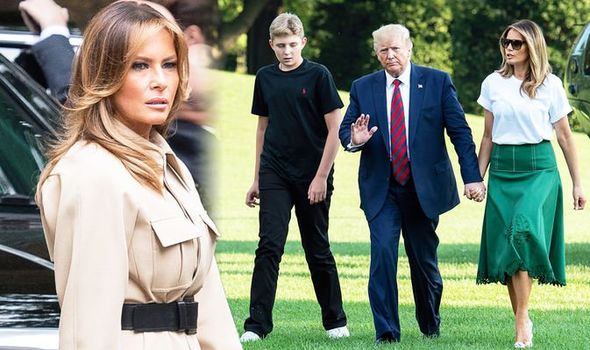 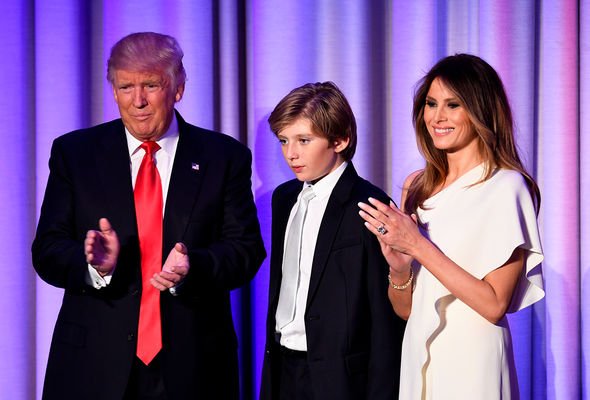 Over the years, Barron has occasionally stepped out in public with his parents.

He is sometimes seen accompanying Donald and Melania at important political events.

During these outings, body language expert Bruce Durham, of Believingbruce, explained there are some telling signs of their relationship.

Analysing pictures of the First Lady and her son at a political event shortly after Donald became President, he revealed they have a true mother and son bond.

He told Express.co.uk: “Melania is the guiding influence. Her left hand on her son’s back says ‘it’s ok, come on you, can do this’ and her right hand palm down in front of Barron says ‘calm down, I have got you’. This indicates their true bond.

“She knows he has a role there, what he needs to do, but also how to look after her only son with a mothering parent-child set up. She cares more about her son.”

While Melania and Barron have stepped out to support Donald in the past, the expert explained she appears more focused on her son. 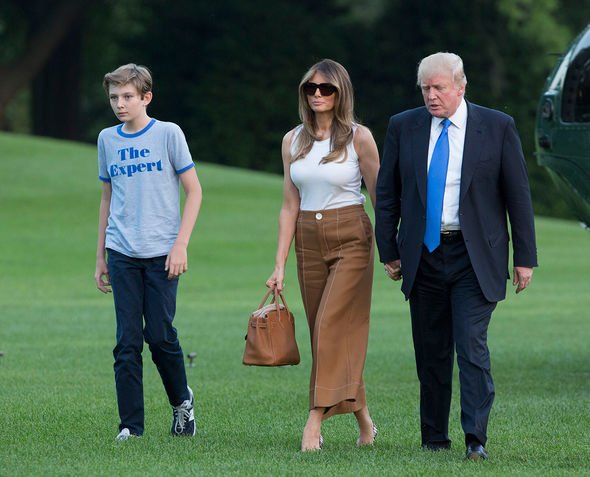 “In the photo, we again see Melania taking the lead,” Bruce added.

“Direct hand contact controlling the situation and making Barron more presentable and/or giving him a little tweak to make him feel better.

“It seems she is saying ‘there you go son, now you look smart’, which is an action that a lot of males may recognise from their own mother.”

As Barron gets older, his body language suggests he is becoming more independent and Melania appears happy for this to happen. 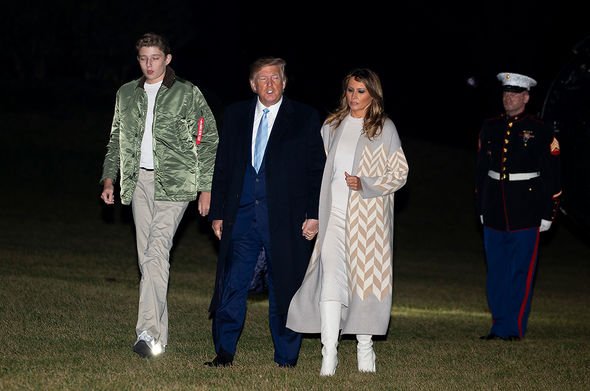 The expert continued: “In another photo, we see more of the independent nature of Barron.

“He has a slight smile with his fingers splayed and thumb in the same position, showing confidence.

“His mother sees this, and is happy enough to let him grow into this moment.

“No hand contact needed this time – just direct eye contact and a smile of her mother that is proud of her son.”