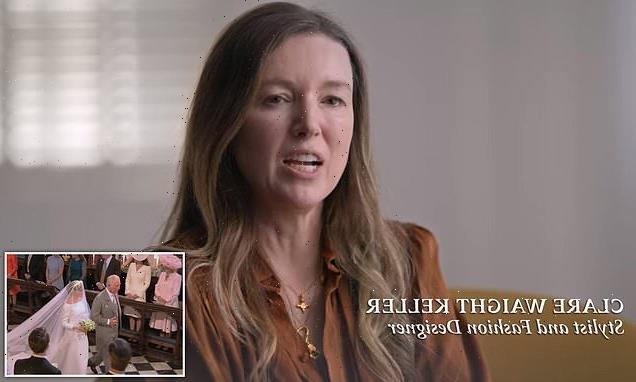 Meghan's designer Clare Kelly said the dress had to be 'flawless'

British fashion designer Clare Waight Keller has spoken of Meghan’s wedding dress, saying it had to be ‘flawless’.

As the artistic director of the fashion house Givenchy, she designed Meghan’s dress – a minimalist silk outfit without lace or any other embellishments.

Appearing on Episode Four of Harry and Meghan’s Netflix documentary, she said: ‘Looking at the design of the dress, there were many conversations about how you want to present yourself to the world.

‘Most of us have a wedding with 70 to a hundred people. this was billions of people watching. 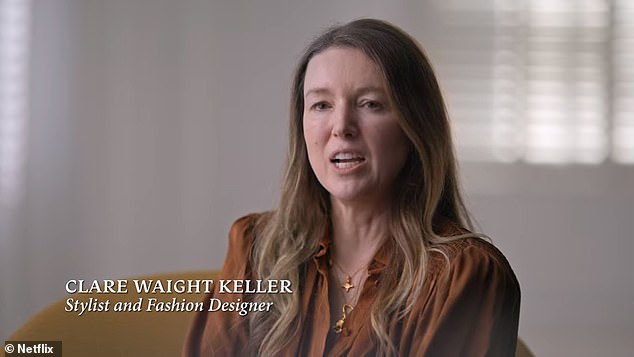 Clare Waight Keller had the prestigious job of designing Meghan’s wedding dress, which was made from silk

Speaking about her own wedding on the documentary, Meghan said: ‘I literally remember thinking, take a deep breath and keep going.

She said to Harry, ‘And you chose the song that I walked down thee aisle to.

‘It was just stunning. So beautiful.’ 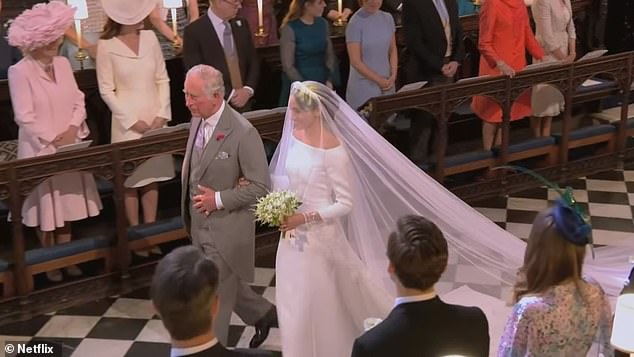 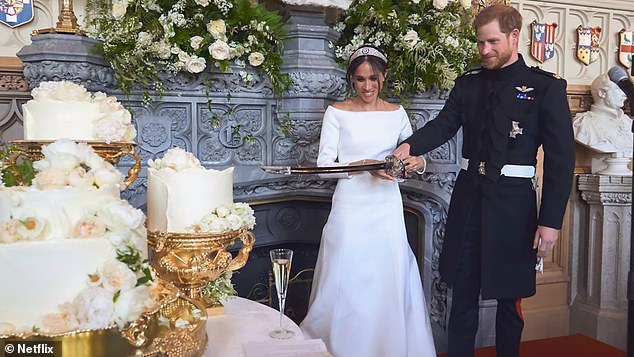 The latest instalment sees Meghan discussing preparations for the couple’s wedding, which took place with the world watching in May 2018. (Pictured: Meghan and Harry laughed about cutting their wedding cake with a sword)

Harry added: ‘My father helped us choose an orchestra, which made all the difference.

Footage in the documentary then shows Meghan being walked down the ailse by Prince Charles.

‘I said to him, “I’ve lost my dad in this. So him as my father in law was really important to me.

‘So I asked him to walk me down the aisle and he said yes.’

‘The whole thing was surreal and it was at that moment I could also see H.’ 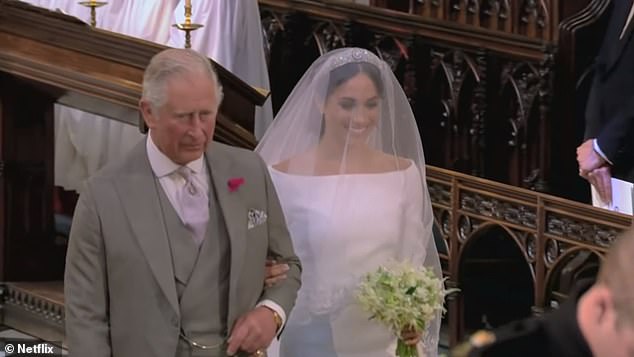 When asked Harry what was going through his mind when he saw Meghan coming, he said, ‘Look at me. Look what I got. Look what I found.

‘The world was watching us but when we were at the alter as far as I was concerned it was just the two of us.’ 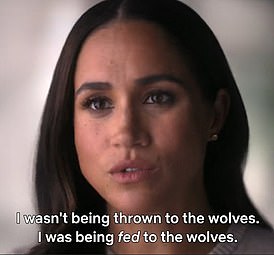