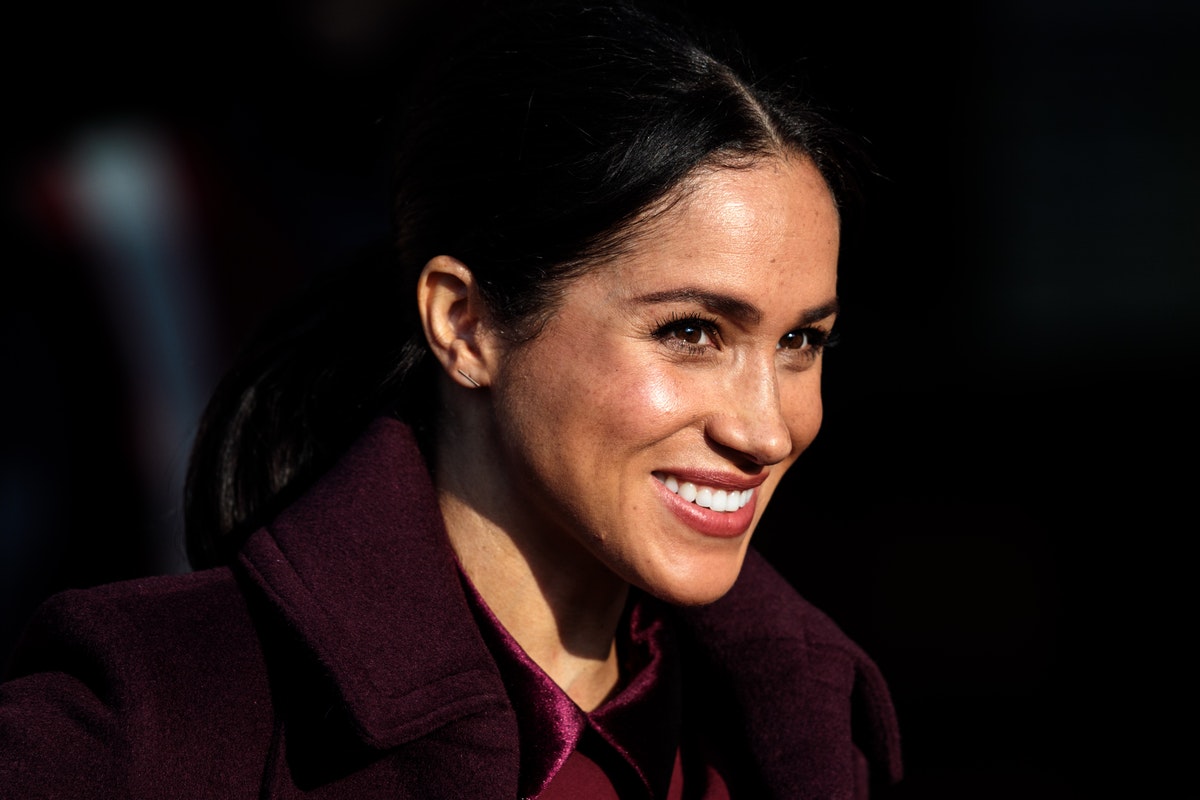 Meghan Markle just got a lot more royal duties. The mother-to-be was just named the patron of four organizations by Queen Elizabeth, and Meghan Markle’s royal patronages make sure that the new royal is going to stay busy working with causes close to her heart.

According to a press release from Kensington Palace, the Duchess of Sussex has been named the patron of The National Theatre, the Association of Commonwealth Universities, Smart Works, and Mayhew.

The National Theatre is exactly what it sounds like — a theatre organization promoting access to quality theatre for all people. Markle, as we all well know, was an actress in her non-royal life. Before that, she was a theater major during her time at Northwestern University and volunteered at an after school arts program in L.A., so she knows the value of bringing the arts to communities. Queen Elizabeth was previously the National Theatre’s patron for 45 years before bestowing the position to Markle, who Kensington Palace says is thrilled to be working with the organization.

"The Duchess is a strong believer in using the arts to bring people from different backgrounds and communities together," the statement said. "The National Theatre’s mission is to make world class theatre that’s entertaining, challenging and inspiring – and to make it for everyone. It aims to reach the widest possible audience and to be as inclusive, diverse and national as possible."

Yay theater!! Thanks for the new gig, queenie!! 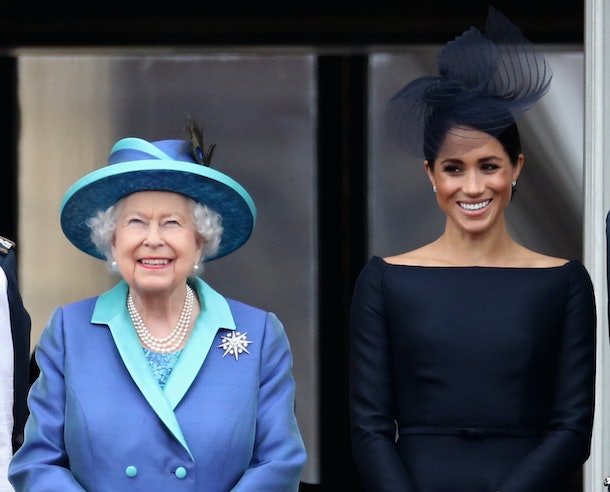 Markle has been a longtime advocate for women’s rights, so this next organization should come as no surprise.

The Duchess of Sussex is now the patron of Smart Works — an organization that aims to help unemployed women get back into the work force.

"Created in September 2013," the statement read, "Smart Works exists to help long term unemployed and vulnerable women regain the confidence they need to succeed at job interviews, return to employment and transform their lives." The organization especially helps women of minority groups and provides clothing for job interviews, one-on-one interview training, and more services aimed at boosting a woman’s confidence as she works to better her life.

The Association of Commonwealth Universities (ACU), according to Kensington Palace, is "the world’s first and oldest international university network, with more than 500 member institutions in over 50 countries." Markle has long been an advocate for equal opportunity to education. She gave a speech at one of the ACU universities in Fiji while she and Prince Harry were on their royal tour in late 2018. And in the speech, the duchess announced the new Gender Grants for ACU universities that are aimed at empowering women in education and promoting gender equality.

The final organization, Mayhew, is an animal welfare charity. While its main focus is on the welfare of cats and dogs, the charity has a wider scope than most would expect.

"Mayhew looks for innovative ways to reduce the number of animals in need through pro-active community and educational initiatives and preventative veterinary care," Kensington Palace said in the statement. "This includes working with homelessness charities across London to ensure people and their dogs can be kept together." The duchess has previously supported various animal shelters during her time living in Los Angeles, according to Kensington Palace, so this charity fits in well with her past experience just like the others.

Suffice it to say the Duchess of Sussex just got a whole lot busier!