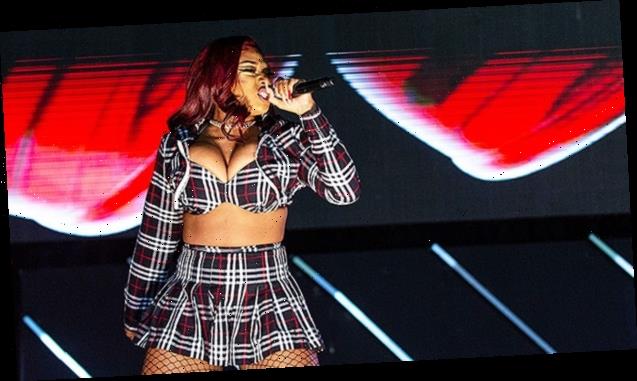 Hot Girl 2021! Megan Thee Stallion brought the sizzle to ‘Dick Clark’s New Year’s Rockin’ Eve’ with a killer performance of ‘Savage’ and one of her sexiest outfits ever.

Megan Thee Stallion made sure to have a part in saying farewell to what has been a career-making year for the rapper. The 25-year-old performed from Hollywood for ABC’s 49th annual Dick Clark’s New Years Rockin’ Eve, hosted by Ryan Seacrest. Meg brought plenty of heat to her adieu to 2020 with her smoldering performance of “Savage.” She twerked up a storm and showed off her super fierce dance moves.

Meg looked absolutely incredible, wearing a nude bodysuit covered in glittering crystals. It hugged her famous curves and her body seemed to completely sparkle. Even her eyes were done up in silver glistening shadow. Meg always matches her costumes to her performance settings so flawlessly. So her New Year’s Eve outfit was for sure going to be one to remember as it matched the annual crystal covered ball that drops in Times Square. However, due to the COVID-19 pandemic, the 2021 New Year’s Eve ball drop celebration in Times Square went virtual for the first time in its 114-year history.

While we’re sure viewers at home went wild for her performance, Meg couldn’t perform one of her biggest hits of the year. That would the very NSFW duet “WAP” with pal Cardi B, 28. While the tune is the first single off of Cardi’s yet to be named upcoming album, it debuted at the top of the Billboard Hot 100 chart after it dropped on August 7, 2020 and stayed there for three weeks.

In addition to “WAP,” Meg had two more singles reach number one in streams, including her smash single “Savage” — which spawned a massive viral dance challenge — and her latest hit “Body” off of her album Good News. She’s the only female artist to have three streaming song number one’s in one year amid the Billboard streaming chart’s seven year history. Impressive! Meg ended 2020 by being named Apple Music’s Breakthrough Artist of the Year. 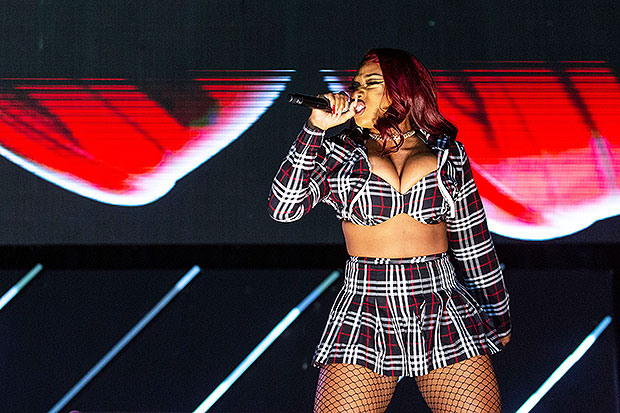 In addition to Meg’s musical career skyrocketing in 2020, she also branched out into becoming the face and body for several top brands. In August, she was named a Revlon Global Brand Ambassador. “I’ve always set the bar high for myself with everything I do, but to now be a brand ambassador for Revlon, it feels like a new level,” she said of her new duties in a statement. “To me, the Revlon brand stands for both beauty and female strength, and I’m excited to help define what that means to a new generation of women.”

Meg  also collaborated with Rihanna for her Savage X Fenty lingerie label, becoming a partner for its 2020 summer campaign. She posed in sexy yellow lingerie that showed off her amazing curves. In an Instagram photo announcing the partnership on May 21, 2020, the brand wrote in the caption, “Classy. Bougie. Ratchet. She a SAVAGE! How TF could we NOT partner with @theestallion?!#SavageXTheeStallion.” After all of Meg’s success in 2020, we can’t wait to see what 2021 has in store for her.

How Old Is TV Host Carson Daly and How Many Children Does He Have?
World News