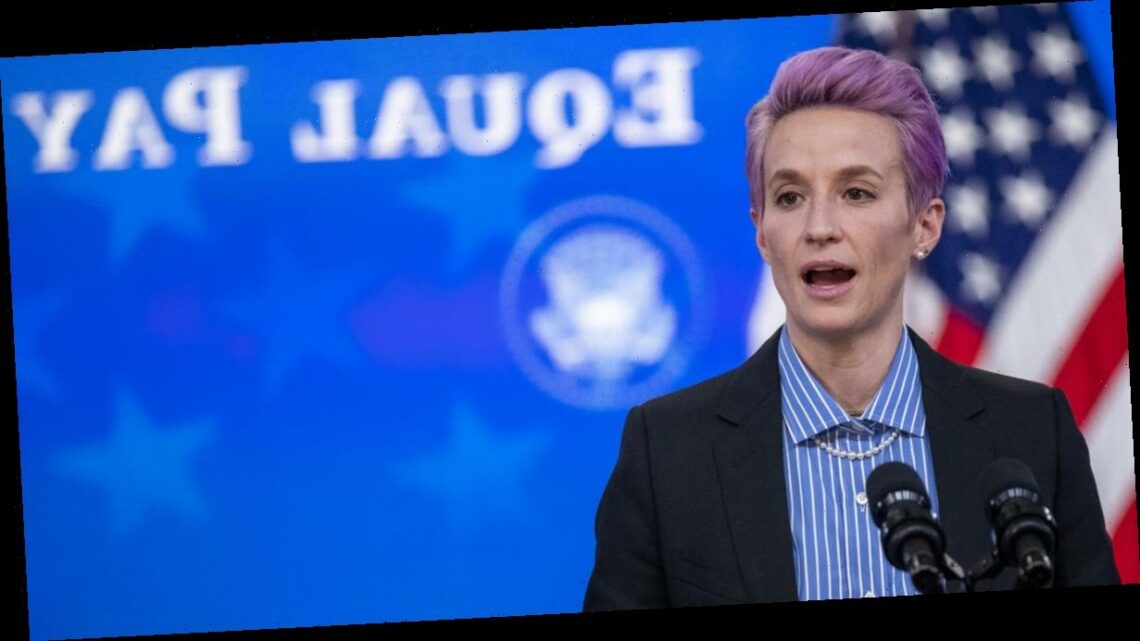 Soccer superstar Megan Rapinoe slammed bills aimed at barring transgender athletes from participating in girl’s or women’s sports teams, saying they are attempting to “solve a problem that doesn’t exist.”

“Sports have become another avenue to attack the rights of trans people,” she wrote in an op-ed published in the Washington Post on Sunday. “These efforts cause incredible harm to trans youth, who, like all kids in a global pandemic, are feeling isolated and need compassion and support.”

She pointed to other issues plaguing women’s sports – and they have nothing to do with transgender children.

“As a woman who has played sports my whole life, I know that the threats to women’s and girls’ sports are lack of funding, resources and media coverage; sexual harassment; and unequal pay,” she said.

Rapinoe, who gave congressional testimony and appeared at the White House last week on Equal Pay Day, has long been a vocal advocate for equality. As a member of the U.S. women’s national soccer team, she and her teammates have fought against the U.S. Soccer Federation for equal compensation and working conditions on par with their male counterparts.

While a federal judge dismissed the team’s equal pay lawsuit last year, they’ve vowed to appeal. The team settled a lawsuit with the league in December aimed at improving work conditions.

The lack of resources extends to other sports, too. The NCAA basketball tournaments garnered controversy recently because of the disparities on display between the men’s and women’s games. One prominent NCAA women’s basketball team coach brought up the differences in COVID-19 testing, lack of weight training facilities and game floors “that hardly tell anyone it’s the NCAA Tournament.”

Rapinoe now urges for transgender children to not be treated “unfairly because of who they are.”

“Adults can’t pretend that we care about the well-being of children while actively creating environments that cause serious harm to them,” she wrote. “We can’t make demands for false sense of fairness while ignoring actual needs of women and girls.”

Rapinoe’s piece comes days after Arkansas became the second state this year to ban transgender student athletes from joining a girl’s school, intramural or club sport – from elementary to the collegiate level. Earlier this month, Mississippi outlawed transgender athletes from competing on girls’ or women’s sports teams. Rapinoe cites more than 25 states that have introduced legislation to ban transgender people from sports.

Conservative lawmakers have been responding to an executive order by President Joe Biden that bans discrimination based on gender identity in school sports and elsewhere. Biden signed it January 20, the day he took office.

Supporters of the bills argue transgender girls, because they were born male, have physical advantages than those who were born female. However, opponents pointed out there’s no scientific evidence to prove any such advantage.