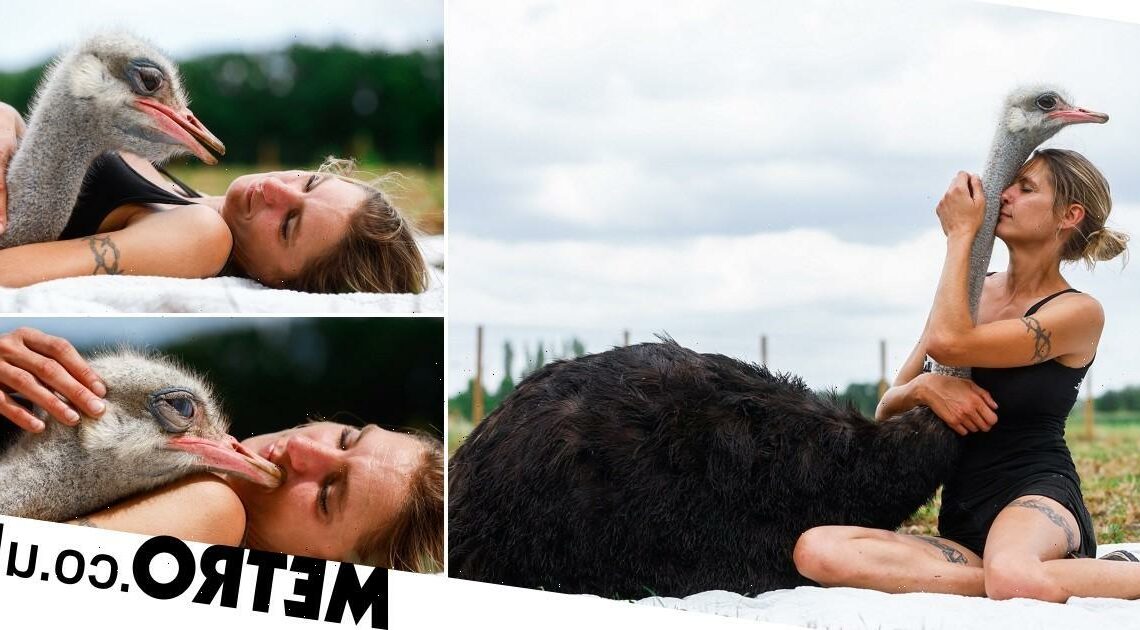 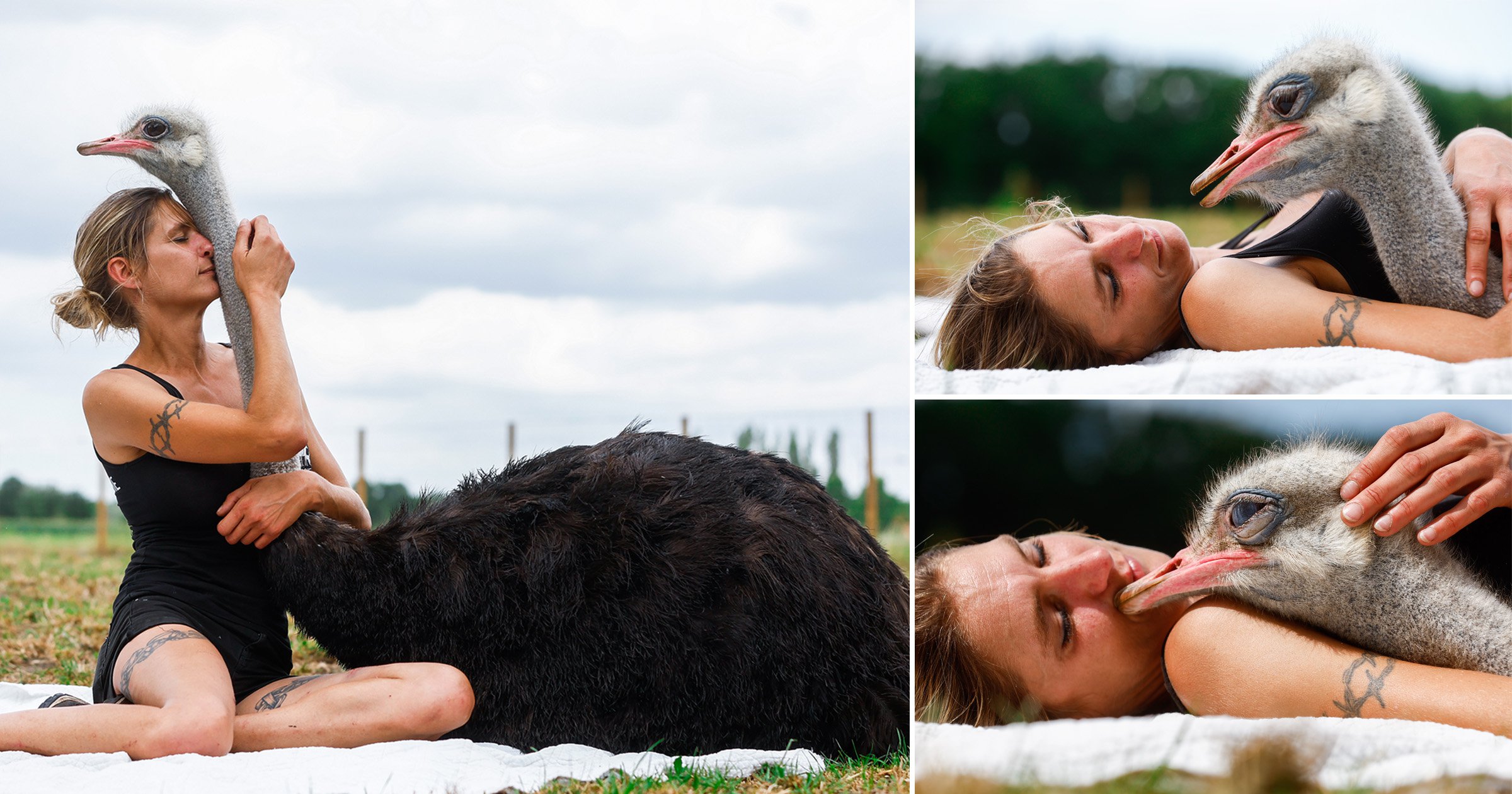 Meet Wendy Adriaens, the owner of an animal rescue farm called De Passiehoeve – whose nickname is the ‘ostrich whisperer.’

Wendy often shares content about her sizeable rescue birds, and has an impressive 1.1million followers on TikTok – where she posts clips of their daily lives together.

In a lot of her content, you can see her getting very cuddly with the powerful ostriches – which, while not known for attacking humans unless provoked, are still listed among Encyclopaedia Britannica’s six most dangerous birds in the world.

Based in Wuustwezel, in the Belgian province of Antwerp, Wendy and her husband first adopted three ostrich chicks years ago.

According to a GoFundMe page, set up to raise money for the couple to make improvements to the farm they’ve recently purchased, the choice to adopt them came after she found out that one-day-old chicks will sometimes be sent to meat farms.

She wrote: ‘At that point, I only had two dogs and some chickens.

‘After doing the right research with my husband we found out we could rescue three of them with the available space we had at that moment. So we did.’

This decision helped reveal what Wendy says is her life’s purpose – ‘rescuing animals from neglect, abuse, accidents and slaughter.’

She’s since left her day job to focus on caring for the animals and birds she rescues, calling it: ‘The best choice I have ever made after having my dear children marriage to my husband, of course.’

Visitors to the farm are welcome, with an entrance fee requested – to help Wendy buy what the animals need to be happy and healthy.

Some of the creatures stay with her long-term, while others get new forever homes elsewhere.

Flodder and Wendy were separated for seven months after Wendy moved to the bigger farm in January.

He spent seven months at another farm in a bid to ease the tension between him and another male, Blue, who were getting into dangerous fights.