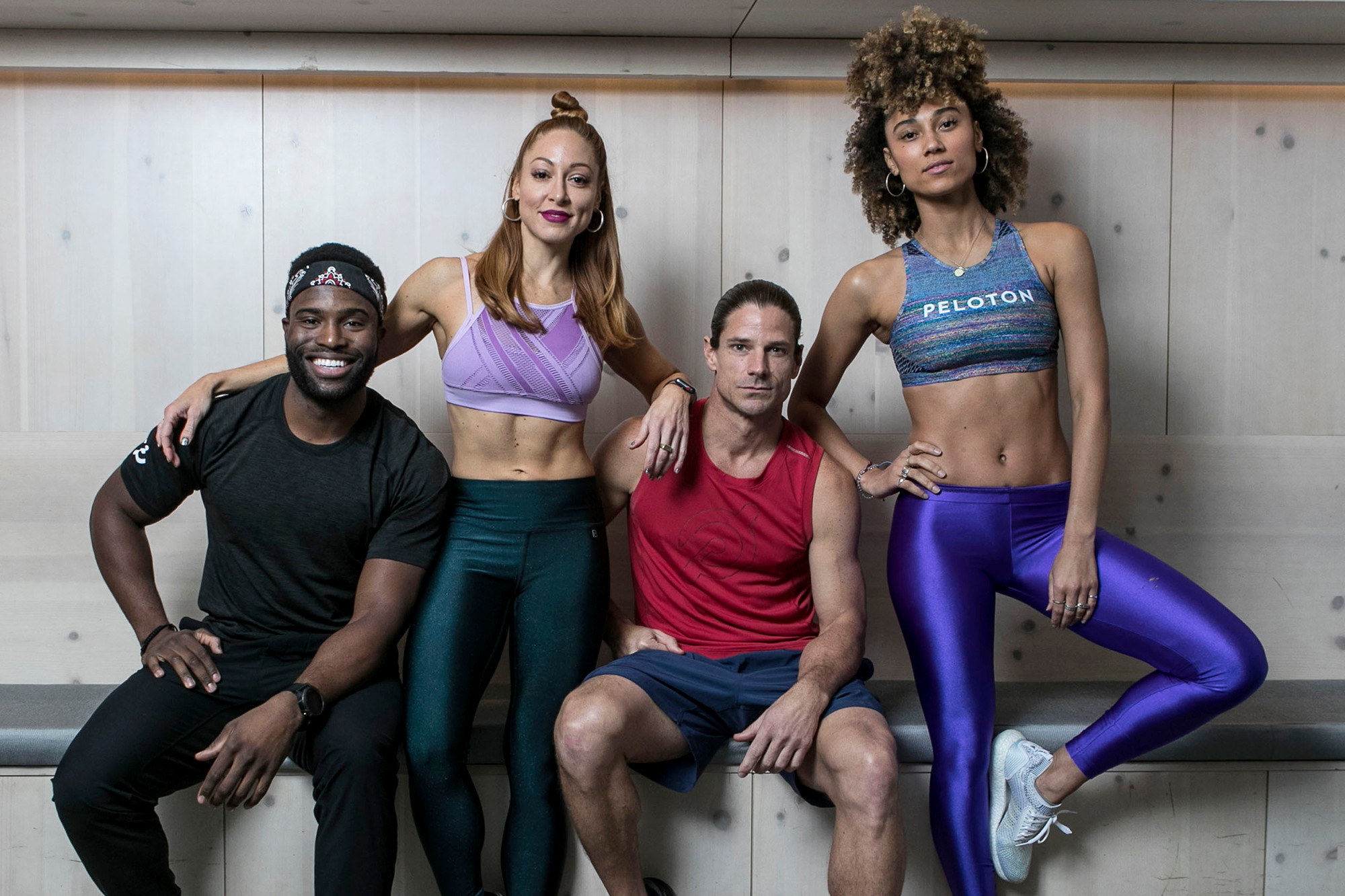 Meet the kickass Peloton instructors getting the world fit

Finally, a type of screen time your doctor can get behind.

Hundreds of thousands of people around the world are getting their fitness fix while sitting on a bike in front of a screen — all from the comfort of their own home.

Founded in New York City in 2012, Peloton is expanding faster than your heart rate after a hill climb. Although the fitness brand won’t release exact numbers, Second Measure, a company that analyzes consumer data, reported in October that there are more Peloton subscribers than there are SoulCyclers. They’ve sold more than 300,000 bikes since 2014 — now $2,245, including delivery and setup, plus a $39 monthly membership — and have recently launched a new treadmill (starting at $4,295). Members, including the likes of Ellen DeGeneres, Hugh Jackman and Kate Hudson, can access more than 10,000 on-demand workouts including running, cycling and yoga.

Running (or spinning) the show are Peloton’s instructors, who were recruited from top boutique fitness studios around the world and reportedly rake in six figures teaching 10 to 15 classes a week. They’ve earned tens of thousands of followers on social media, and have become celebrities in their own right. And lucky New Yorkers can take in-person cycling classes with them at Peloton’s Chelsea studio ($32 per class; 140 W. 23rd St.; Studio.OnePeloton.com) and treadmill and yoga classes at their new spot in the West Village ($32 per class; 152 Christopher St.), even if they don’t have a pricey bike or treadmill of their own.

Here are four instructors to know.

Love started her career as a dancer and model before joining Peloton two years ago. Although she enjoyed using Lagree’s Megaformer and running, it was the “inclusiveness and community-building” that drew her to Peloton. Her upbeat message and tireless positivity have amassed her 109,000 Instagram followers.

Fun fact: Since 2012, Love has worked as the in-game host for the Brooklyn Nets, interviewing players, fans and coaches. She considers it great practice for her Peloton classes. “[When teaching classes,] it’s a live camera,” Love says. “At no point is it scripted . . . I love that we can help thousands and thousands of people feel better about themselves, even from miles away.”

After losing the roof of his home in a hurricane in Florida in 2004, Morton hit the road and landed in Los Angeles, where he taught yoga and indoor cycling. But when he moved to New York to start his Peloton career in June 2017, he really hit it big: It was “like going from a small-town preacher to a televangelist overnight,” says Morton, who’s known for hosting themed rides, from ’80s rock to country music.

Mantra: “Start now. If you wait until the time’s right, you’ll wait forever.”

Fun fact: “Saturday Night Live” cast member Leslie Jones is a fan of Morton’s positive teaching style. The comedian and actress posted a screenshot of a recent ride with Morton as her instructor: “His classes are so Fun he is sooo positive too!”

Prior to joining Peloton as a founding instructor, King had never taken a cycling class before. But her career as a professional dancer provided an education in musicality and performance, which made for a natural transition into instructing. Now also a certified life coach, King is passionate about helping people move through areas they’re stuck in, both in fitness and in life. She boasts nearly 50,000 Instagram followers.

Mantra: “We hold the potential and the responsibility to transform lives on and off the bike.”

Fun fact: In 2008, King was a Top 10 finalist on “So You Think You Can Dance” and has also appeared in numerous commercials.

Tucker is an instructor for Peloton’s new treadmill offering and studied kinesiology (how the body moves) in college. His degree in exercise science comes in handy when fielding Instagram messages from clients asking questions about stretching techniques or opening up tight hips.

Mantra: “Start your day by naming three things you are grateful for. It will get your mind ready for a positive day.”

Fun fact: Tucker just moved to New York in April, but he’s already getting recognized on the street. “I was at a grocery store in Brooklyn, and this little kid asked if I was the guy from Peloton,” he says. “Then his mom came around the corner and was like, ‘Oh, my God!’ He watches his mom working out and recognized me.”