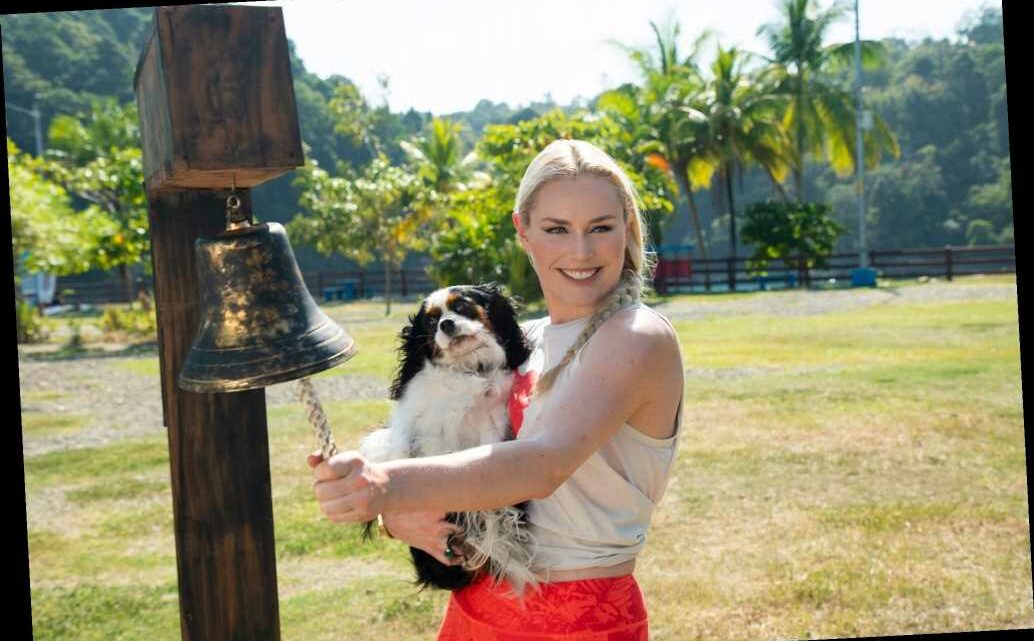 The Pack is making its way to Amazon Prime Video soon, and PEOPLE has a sneak peek at all the canine competitors and their owners. Hosted by Lindsey Vonn and her dog Lucy, The Pack is a competition series where dogs and their owners travel the world to compete in challenges that prove how strong the bond can be between a human and their pup. The winning dog-and-owner duo gets $500,000, plus another $250,000 for a charity of their choice.

While animal lovers wait for the show to arrive on Amazon, they can meet all the players (both pooch and human) now, and make an early pick on what pair they think will be the leader of The Pack. Dixie is a 5-year-old Bluetick Coonhound, who works as a therapy dog for veterans and is also a deer-tracking dog. She’s known to many as “Dixie The Praying Dog” because Brian taught her how to “bow” down to pray and how to say thank you to veterans on command.

Brian, 47, is from Camby, Indiana, where half of the week he drives semi-trucks and the other half he spends taking Dixie to public appearances and events.

Both Brian and Dixie have dedicated their lives to helping veterans, kids, and anyone who might need a smile.

Charity the pair is playing for: Central Indiana K9 Rescue Gryffin and Chelsey currently live in Newport Beach, California, where they enjoy surfing, stand up paddleboarding, yoga, beach volleyball, and anything else outdoors.

She found Gryffin when the dog was just seven weeks old about seven years ago. Chelsey discovered the puppy on her way home from a trip, and Gryffin hasn’t left her side since. Chelsey even brings her to work, teaching her yoga classes with Gryffin by her side!

Charity the pair is playing for: Animal Welfare Institute Kepo joined Chisum’s family in 2017. Chisum initially got Kepo as a friend to his older dog (who has since passed), but quickly become best friends with the dog as well.

Chisum eventually trained Kepo as a tracking pup, and through that, the pair grew even closer. Chisum didn’t realize how smart a dog could be until he befriended Kepo and he credits the canine for keeping him grounded after a stressful day at the fire station.

Charity the pair is playing for: Muscular Dystrophy Association (MDA) Four years ago, Daniel Reese was blessed to be in the right place at the right time rescuing sweet wired-haired rat terrier Allister. Now Daniel’s best friend, Allister is always ready for the next big adventure and Daniel gets so much love from the little dog that he now wants to share that feeling with the world.

Charity the pair is playing for: Habitat for Humanity Donna Modafferi and her schnauzer/poodle mix, Charlie, currently reside in New York City. Donna fell in love with Charlie’s adorable face from a photo she saw online – proving there is such a thing as love at first sight. When Donna brought Charlie home in July 2016, Charlie fit into Donna’s little family perfectly and has brought them so much joy.

Charity the pair is playing for: Pet Partners Josh loves to groom his 3-year-old poodle Snow, changing up her look and then taking photos of the stylish results. Snow enjoys all the attention and all the love, but most of all, she just enjoys spending time with Josh – and Josh, obviously, enjoys spending all his time with her.

Charity the pair is playing for: No-Kill Los Angeles (NKLA) After suddenly losing her first dog, a senior rescue, Linh searched on Petfinder and found Chance, a homeless puppy discovered roaming the streets of Kentucky.  She drove 8 hours to Pennsylvania that day to pick him up at his foster home. He’s now living his best life in Brooklyn.

Charity the pair is playing for: Pet Rescue Pilots Mark is a 31-year-old mechanical engineer and professional photographer with a 10-year-old border collie named Ace, who he considers his best friend. Mark specifically wanted a breed that could match his physical abilities and intensity — Ace is a perfect fit.

The pair loves to push themselves to the limit in the mountains of Salt Lake City, Utah, where they live. Mark and Ace are always outdoors doing things like rock climbing, backcountry skiing, mountain biking, and trail running.

Charity the pair is playing for: Best Friends Animal Society Duchess is an 8-year-old black Lab that loves tennis balls and playing fetch with Lucy, a mom to four kids, and two dogs.

Duchess and Lucy’s bond began when Duchess was four months old, when, with a toddler and baby already in tow, Lucy decided to adopt Duchess. But as the years went on, it became clear that Duchess was the one doing the rescuing all along. The unconditional love and emotional support Duchess has provided Lucy and her family has helped them through some of life’s most devastating losses and obstacles.

Charity the pair is playing for: Paws With A Cause Kentucky got Derby from a loving family that realized that they couldn’t care for him and needed to re-home the pooch. Once he started living with Kentucky, Derby discovered a whole new world, and Kentucky helped give Derby the confidence to enjoy and explore it. Derby came into Kentucky’s life at a low point, and the loyal dog helped Kentucky get through hard times and start a new life in San Diego. They love to surf, ride motorcycles, and find new, fun, crazy activities together.

Charity the pair is playing for: Helen Woodard Animal Center Jax is a goofy 3-year-old golden retriever who loves to be attached to Vania’s hip (unless there is a squirrel around). This pair loves to spend their time soaking up the sun at the beach. Jax also loves to put a smile on anyone’s face.

Charity the pair is playing for: Paws for Life K9 Rescue Nine years ago, Mitra met Bozley, and they’ve been inseparable ever since. Bozley escorted Mitra when she made her life-changing move from Utah to Los Angeles, and with his unconditional love and companionship, Bozley continues to inspire Mitra to always pursue her dreams. Today, Mitra and Bozley enjoy cuddling and hiking through the hills of Eagle Rock. Mitra is most happy at home with Bozley and her two cats.

Charity the pair is playing for: Grand Paws Rescue