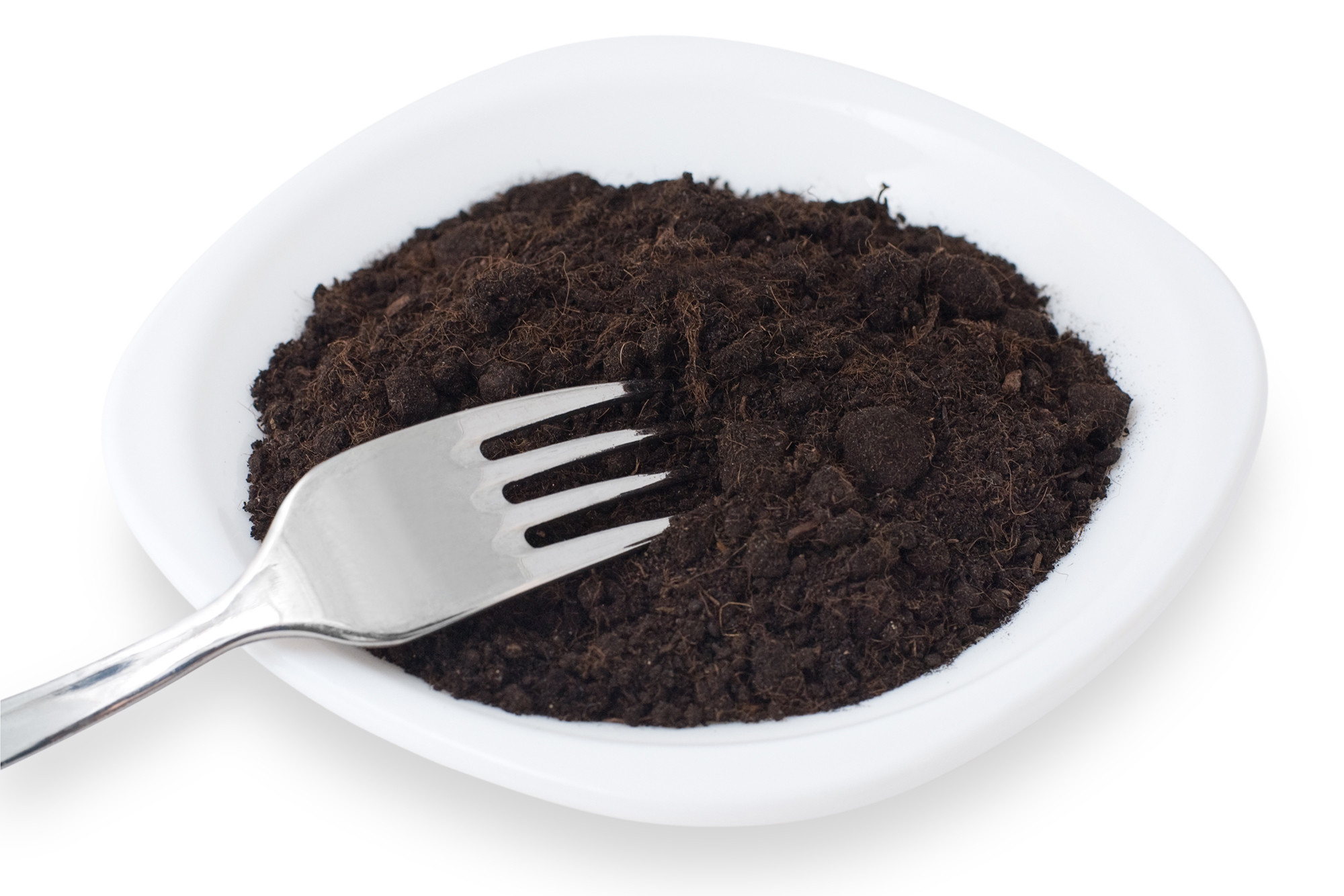 The solution to obesity was right under our feet this whole time.

No, really: That’s the conclusion drawn by researchers at University of South Australia, who were studying how clay dirt materials absorbed medicine, but then stumbled upon an even better news.

They saw that clay can “soak up” fat droplets in the gut. The “accidental” discovery could potentially be a cure for obesity, according to the new study, published in the journal Pharmaceutical Research.

“Not only were the clay materials trapping the fats within their particle structure, but they were also preventing them from being absorbed by the body, ensuring that fat simply passed through the digestive system,” lead researcher and PhD candidate Tahnee Dening says.

The behavior of the clay “signaled we could be onto something significant — potentially a cure for obesity,” she says.

But before we all go digging up this potential cure, Dening warns that the research is still in very early stages and hasn’t yet been tested on humans. She and her team tested the findings on rats eating a high-fat diet. Over a two week period, they were fed a kind of purified clay. She found that the clay performed better than the placebo and the weight loss drug she gave them.

Certainly clay-cleanses and diets in a non-clinical setting have been around for a while.

It’s also big in Hollywood diet circles. Celebrities such as Shailene Woodley and Elle Macpherson have said they incorporate bentonite clay into their regimens — the Australian researchers used a slightly different kind kind of clay, montmorillonite, that they altered to a more concentrated dose

Actor Zoe Kravitz used bentonite clay to lose 20 pounds so she could play the role of someone with an eating disorder in the 2014 film “The Road Within.” The actress told US Weekly that the “awful” diet made her “feel like a space cadet,” and she wouldn’t recommend it to anyone.

But the process Dening discovered is slightly different from the clay cleanses of yore. She tested two types of clay, one similar to bentonite, and one synthetic, which has likely never been used by humans before. By condensing them to a more concentrated form, she found that the synthetic clay worked better in absorbing fat cells, though both performed well when they were more concentrated.

“By processing the commercial materials in our lab… we significantly enhance the fat-soaking properties of both clays, making them more effective for anti-obesity treatment,” Dening tells The Post.

And, she adds, when used in a clinical setting and in conjunction with current obesity drugs, the synthetic clay in this study could have fewer side effects than current drugs alone, and greater results for people whose health depends on it.

“Given that the material is generally considered safe and is widely used in food and nutraceutical products, it is feasible that human clinical trials could start reasonably soon,” adds Dening’s supervisor, University of Southern Australia Professor Clive Prestidge.

The five must-watch shows on TV this Christmas
World News