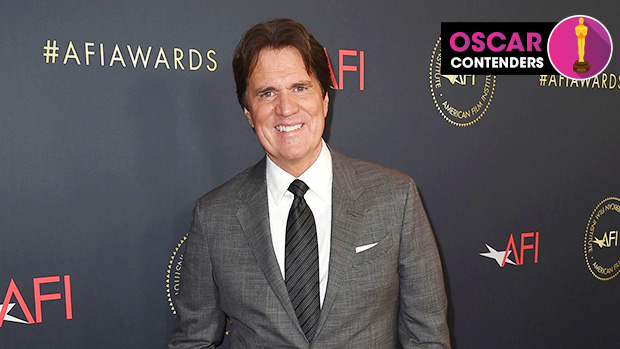 Can ‘Mary Poppins Returns’ live up to the original? Director Rob Marshall certainly hopes so, as he EXCLUSIVELY tells us that he thinks this ‘extraordinary’ ensemble deserves all the Oscar nominations!

The nominations for the 91st Academy Awards will be announced on Jan. 22, 2019, and Rob Marshall, 58, hopes that one movie that is read out loud a lot multiple times is Mary Poppins Returns. The director of the sequel to one of the most beloved films in history knows that he has some pretty big shoes to fill, considering Mary Poppins racked up a dozen Oscar nods. “Oh my gosh! 12? I don’t know about that!” Rob said EXCLUSIVELY to HollywoodLife.com during the 30th Annual Palm Springs International Film Festival Awards Gala, where Mary Poppins Returns was honored with the Ensemble Performance Award.

“It would be nice to—anytime, for instance, this evening, getting best ensemble is an extraordinary event for us and we feel very lucky for what we’ve achieved so far with our Golden Globe nominations. It’s been really lovely,” he told HollywoodLife.com. Mary Poppins Returns picked up four nominates at the 76th Golden Globe Awards: Best Picture – Musical or Comedy; Best Original Score; and Best Performance In a Motion Picture – Musical or Comedy for Actor (Lin-Manuel Miranda) and Actress (Emily Blunt). Sadly, the film didn’t pick up a single Golden Globe, losing to Green Book, First Man, Christian Bale, and Olivia Colman, respectively.

Mary Poppins Returns could clean up at the Academy Awards, as it appeared on the shortlists for nine Oscar categories in December 2018. It appeared on both the score and visual effects shortlist, according to Variety, as well as landing two slots in the Original song category. “The Place Where Lost Things Go” and “Trip A Little Light Fantastic” both landed on the shortlist, so things are looking good.

Fans will have to tune in on Jan. 22 for the nominations announcement, and on Feb. 24 when the 91st Annual Academy Awards air on ABC.