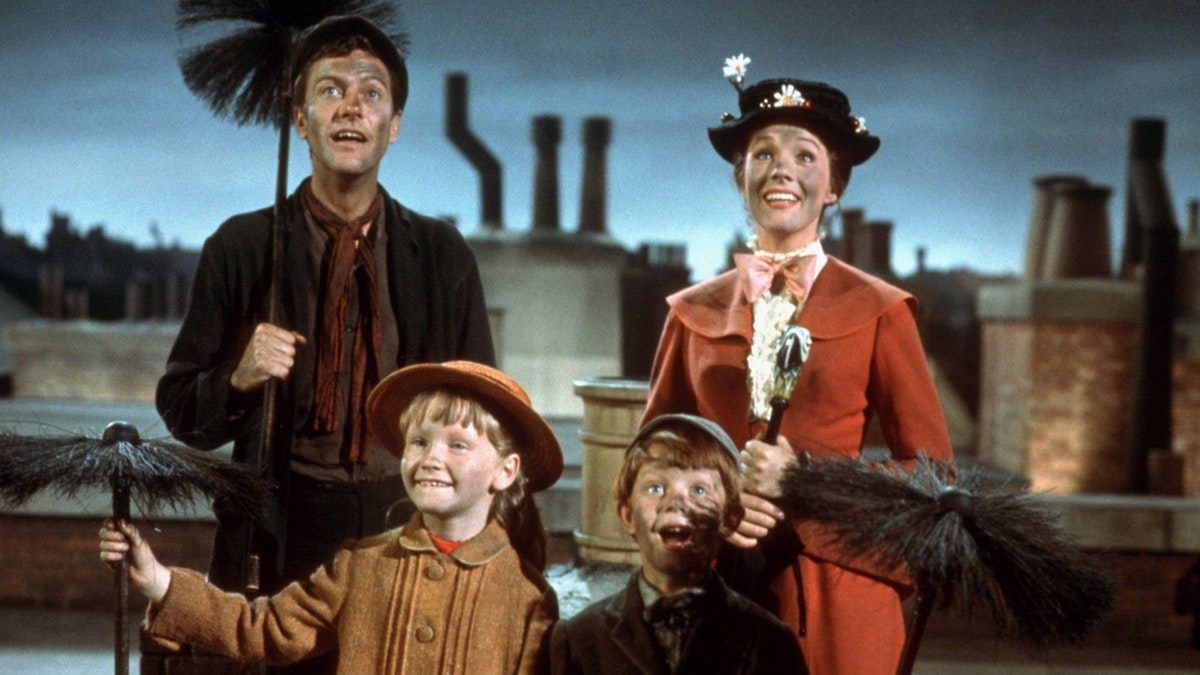 One benefit of our society’s insatiable appetite for nostalgia that isn’t as appreciated as it should be is that revisiting the things you loved as a child can give you new insight into yourself. My attachment to Alvin & the Chipmunks foreshadowed my love of boy bands, for example. Watching and rewatching Friends episodes jump-started my dream of living in a big city and hanging out with a tight-knit social group. And Mary Poppins, the 1964 Disney musical starring the incomparable Julie Andrews, taught me at a very young age that even practically perfect women can be unattached and happy about it.

In the film very loosely adapted from P.L. Travers stories, the magical nanny blows into London on the East Wind, expressly to help the Banks family get their sh*t together. Both parents are distracted by issues that aren’t unimportant by any means. But Mrs. Banks’ activism and Mr. Banks’ determination to provide for his family keep them from their children, Jane and Michael, who largely have to fend for themselves.

So Mary Poppins enters the story as a nurturer, holding a gendered position. But she shows us immediately that it’s not just her ability to do extraordinary things that sets her apart. Mary suffers no fools, nor does she bow to anyone else’s authority. Ignoring Mr. Banks’ "man of the house" sputtering, she simply hires herself, setting her own salary and conditions. (An equal pay icon!) The children don’t immediately like her, and Mary doesn’t particularly care. Instead of endearing herself to them, she gets to work, reestablishing normalcy in the chaotic house by way of some charming, fantastical games, until the children can’t help but adore her.

She also subverts expectations at every turn. Where other characters in her profession might be written to be soft (Andrews’ own Maria in The Sound of Music for example), Mary is exacting and reserved. Where other fictional women created during that era might seek approval and bow to the will of the men they encounter, Mary is always the leader. She’ll step outside the confines of propriety for the sake of fun, then claim in the next breath with a twinkle in her eye that she’d never do such a thing. And boy, does she know how to accept a compliment.

But Mary is never painted as being shrewish or bitchy. Not only does the entire Banks family come to cherish her, but she’s beloved by Londoners who already know her, including Dick Van Dyke’s character Bert, a chimney sweep who’s clearly been on adventures with her before. When they pair up to take the children somewhere, Bert assumes the beta role, following Mary’s lead and hyping her up at every opportunity.

Bert sings a whole song to Mary about how she makes everything she touches more beautiful and fun, and yet, he’s not really a love interest. She’s interested in his welfare and clearly quite fond of him, but Mary feels no obligation towards Bert, nor does he try to keep any hold on her. As I got older and rewatched the film, it became clear to me that Bert is absolutely in love with her — can you blame him? — but he doesn’t act as if she owes him a thing. ("You’d never think of pressing your advantage," she sings in "Jolly Holiday," in a verse about what a gentleman he is.) He’s happy for her company and her attention, and in turn, tries to be the best friend to her that he can possibly be. Toxic masculinity isn’t something Mary tolerates anyway, as her dressing downs of Mr. Banks demonstrate. Neither does she subscribe to the gender roles that say he can ignore his family in favor of his career.

And in the end, Mary leaves. She can’t stay permanently, as her goal to bring the Banks family together has been achieved, and presumably, there are many other children and parents who need her loving but firm hand. The movie doesn’t make Mary out to be emotionless about it, but her sadness is specific to the people she’s leaving, not the idea of settling down in general. (Basically, if you’re a woman who can’t express that she doesn’t want to have children without someone simpering, "But you’re so good with kids," she’s the cultural touchpoint for you.) So instead of walking off into the sunset with someone, our heroine drifts off into the clouds alone. We don’t pity her though; we pity ourselves, because she’ll be missed.

Disney doesn’t have the best track record when it comes to female characters that don’t function mainly within a romantic storyline or whose happy ending isn’t defined by bagging a man — just ask almost every princess. So Mary Poppins stood out in 1964, and still does, 54 years later. As the Dec. 19 release of the sequel, Mary Poppins Returns, draws nearer, I’m hard pressed to think of another adult female character in a family movie who sets this kind of example: that you can be a whole person — maybe even the best person — on your own, and that being single and childless doesn’t mean you are unlovable or unloving.

Above all, Mary Poppins makes it clear that Mary’s life belongs to her — that these are choices that she has made herself and is happy with. I saw this movie for the first time before I could even dream about articulating why she was such a wonder to me. (Beyond the magical carpet bag and ability to move things with her mind.) But now I know that Mary Poppins is timeless because the fact that Mary is self-sufficient isn’t painted as a bad or worrisome thing. And that’s still quite a rare stance for any movie — let alone one made for kids — to take.