Fox Business Briefs: Marvel Studio’s ‘Avengers: End Game’ dethrones James Cameron’s ‘Avatar’ as the highest-grossing film of all time. Disney’s live-action remake of The Lion King breaks its own record; becoming the highest opening weekend for a July film. Gas prices are expected to rise amid the growing tensions between Iran and the U.S. and U.K.

Marvel Studios and two of its directors exhibited some sportsmanship by congratulating James Cameron after his 2009 film “Avatar” retook its place as the highest-grossing film of all time.

“Avatar” was a box office success when it initially came out and held the record as the top film of all time until the “Avengers: Endgame” released in 2019 and overtook the science fiction epic by a narrow margin.

Thanks to a recent re-release in China, though, “Avatar” was able to earn enough extra cash to retake its former record-holding position. As a result, Marvel Studios, which produced “Endgame,” took to Twitter to offer congratulations to its fellow Disney cohort, Cameron.

“Congratulations to @JimCameron, @JonLandau, and ALL of Na'vi Nation for reclaiming the box office crown! We love you 3000. @OfficialAvatar,” the studio tweeted on Saturday.

Meanwhile, Joe and Anthony Russo, the directors behind “Endgame” shared some hybrid art from both films on their Instagram page and offered their congratulations as well.

“Passing the gauntlet back to you… @jamescameronofficial,” the caption reads.

Cameron responded to the sporting congratulations with a simple blue heart emoji on Twitter. 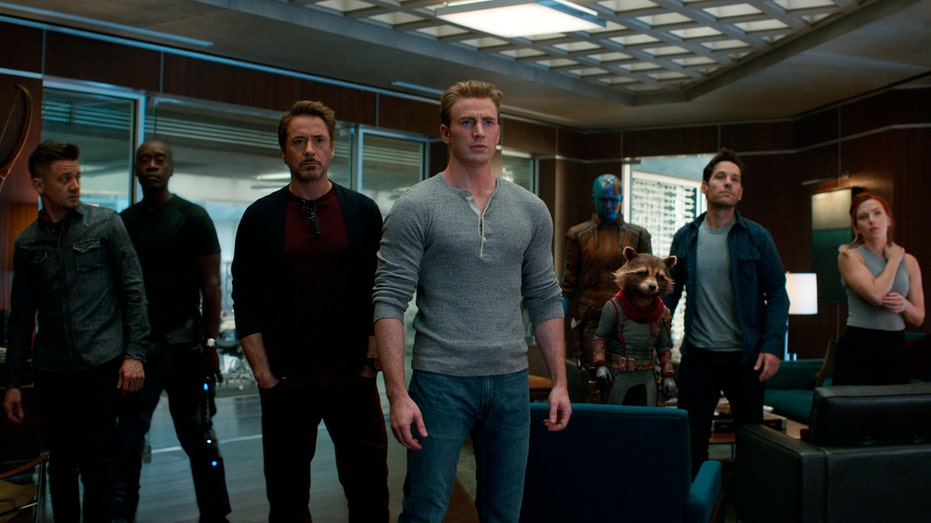 According to Deadline, Disney now puts the worldwide box office of “Avatar” at $2.802 billion, while “Endgame” stopped at $2.797 before taking its final bow. In 2010, when “Avatar” first took the spot, it replaced another Cameron epic, the 1997 film “Titanic.” While Cameron's work clearly has serious box office appeal, his two most successful movies don’t hold a candle to the worldwide gross of the Marvel Cinematic Universe, which consists of 23 films all based on Marvel Comics properties such as “Black Panther,” “Guardians of the Galaxy” and “Captain Marvel.”

In addition, Disney is branching out and releasing TV shows under the MCU banner. "WandaVision" recently wrapped up its nine-episode run and the "Captain America" spinoff "Falcon and the Winter Soldier" will debut on the Disney+ platform next week.

However, Cameron could still be in the running with a franchise of his own very soon. Vanity Fair reports that the director announced in September that he had wrapped production on a sequel to “Avatar” and is already almost done with a third installment in the franchise.

In a statement to Deadline, “Avatar” producer Jon Landau also noted that sequels to the hit 2009 film are on their way.

“We are proud to reach this great milestone, but Jim and I are most thrilled that the film is back in theaters during these unprecedented times, and we want to thank our Chinese fans for their support. We are hard at work on the next Avatar films and look forward to sharing the continuation of this epic story for years to come,” he wrote in a statement to the outlet.