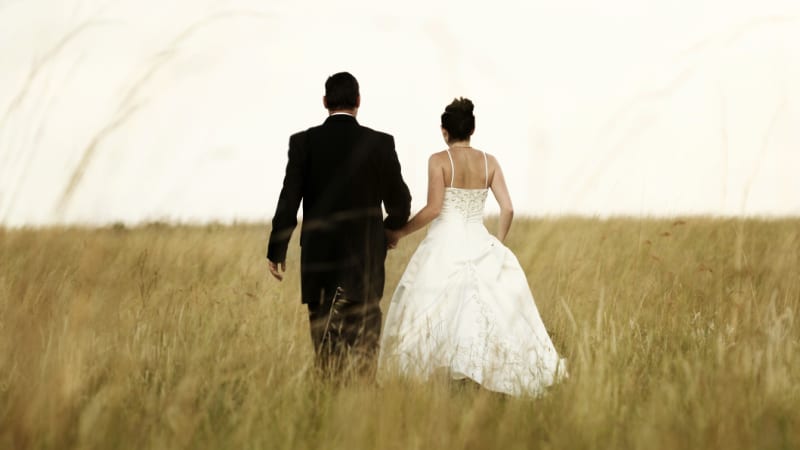 Marriage in Australia is changing but still going strong

I am a sucker for a good wedding. Whether it’s an elegant formal event or a barefoot hippy affair, what I love best is the sense of optimism and good will in the air.

But I wasn’t invited to any weddings in 2018, and I can’t recall any in 2017 either. It was quite different in my late 20s and early 30s, when there were always a few every year.

No doubt it’s partly my stage of life, but there’s also a definite trend for fewer people to get married. 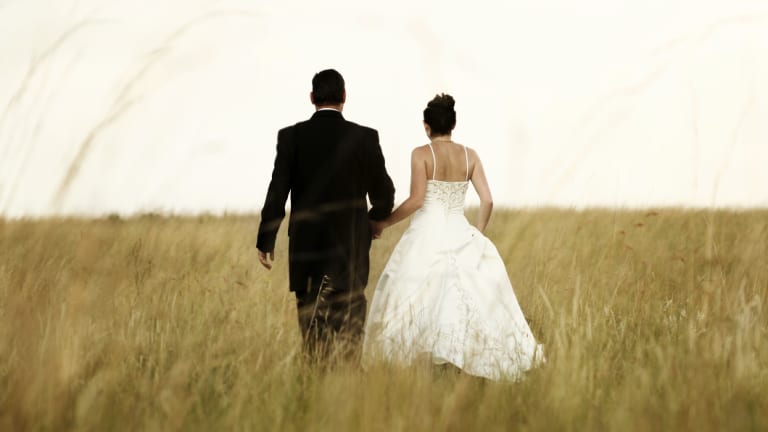 Most weddings in Australia are secular, and the institution persists despite legal alternatives.Credit:iStock

In 2017 there were 112,954 new marriages registered in Australia – 5447 fewer than in 2016. That’s according to figures from the Australian Bureau of Statistics released late last month.

Some might see this as evidence of the institution of marriage declining in popularity, but I see it as reflective of the fact there’s less social pressure to marry for the sake of it.

Surely, it can only be a good thing if people are able to make the choice to marry because it’s what they truly want? As an unabashed romantic, I’ll point to the fact that the divorce rate is also falling.

It’s often said that one in two marriages end in divorce but those are American figures and it’s always been much lower in Australia, though since the marriage and divorce data sets are separate it’s hard to be precise.

While the Census figures didn’t indicate if the married people had previously been divorced, in 2017 more than eight of 10 brides and almost as many grooms were marrying for the first time.

The pool of married people is increasing every year, since the divorce rate is much lower than the marriage rate and falling.

But marriage is changing. The institution will be revitalised by the historic “yes vote” in favour of equal marriage rights for same-sex couples. It’s exactly a year ago today that the amendments to the Marriage Act took effect. 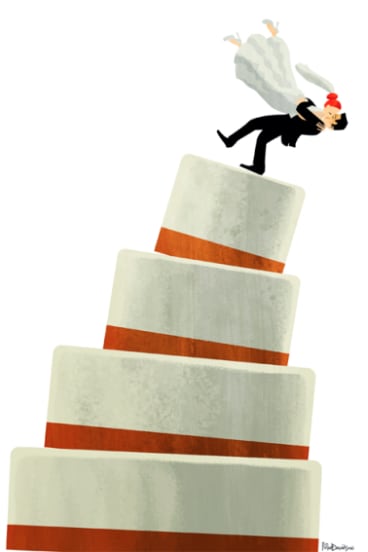 While we don’t have the full figures for 2018 yet, the ABS has provided a snapshot of the number of same-sex weddings since the law was changed. From December 9, 2017 until the end of June 2018, there were 3149 same-sex weddings and more than half involved a woman marrying another woman.

Marriage is changing in other ways too. People are waiting until later in life to get married, which might be one reason for the falling divorce rate – if you’re older and wiser, with more life experience, you might make better choices.

The typical bride in 2017 was 30 years old and typical groom was 32, and that’s been pretty steady for the past decade. I’m using the median – which means half were younger and half were older – as a yardstick for typical.

For couples who divorce, the median length of marriage was 8.3 years to separation and 12 years to divorce. This doesn’t mean most marriages last only 12 years – it means that half of divorcing couples were married for less than 12 years and half for a longer period of time. It does not include the many marriages that are truly 'til death do us part and never end in divorce.

Another way that marriage has changed is that it’s mainly a secular institution. Civil celebrants oversaw 78 per cent of all marriages in 2017 and 99 per cent of same-sex marriages in the first six months of 2018.

In Australia de facto couples have mostly the same legal rights as married couples and most states and territories in Australia offer couples the ability to register their relationship for tax and next of kin status without actually getting married.

But there were only 14,626 relationships registered in 2017, making marriage more than six times more popular. We're a secular society but we still believe in marriage.

For all the debate about religious freedom and the divide between conservative and progressive churches over same-sex marriage, for the vast majority of Australians it’s simply irrelevant.