Home » Lifestyle » Maren Morris on her five Grammy nods and her new song (and album!) 'Girl' 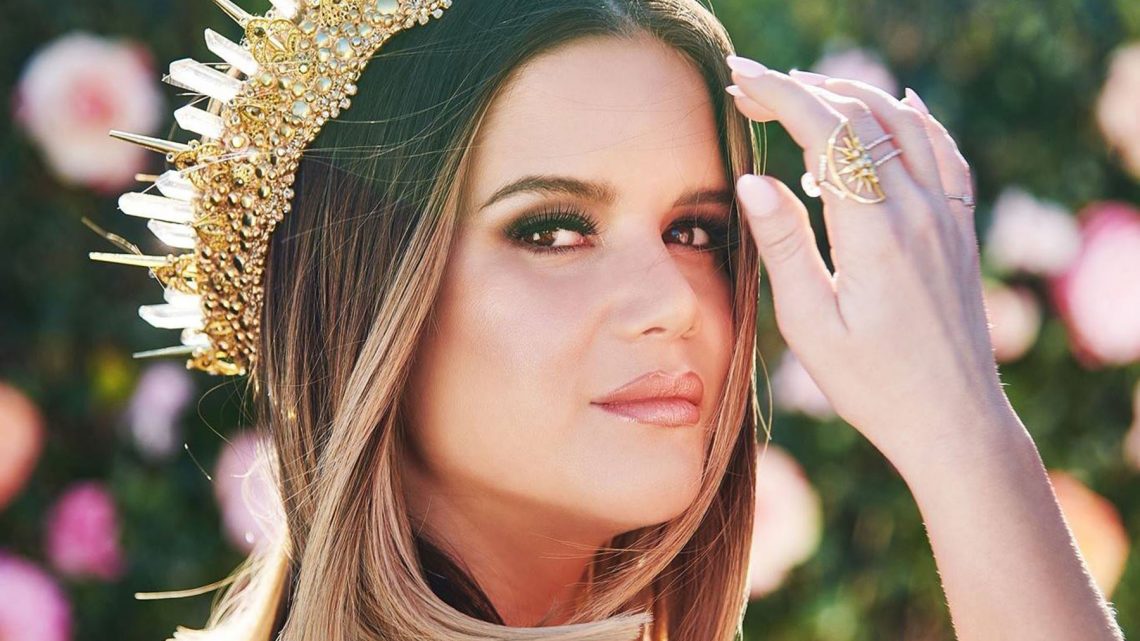 Maren Morris on her five Grammy nods and her new song (and album!) 'Girl'

In 2005, a teenage Maren Morris took her first solo plane ride to attend a songwriters’ workshop at Grammy Camp in Los Angeles. In 2017, she won a Grammy for Best Country Solo Performance for her single “My Church” from her gold-selling debut album, Hero. The 28-year-old Arlington, Tex., native was the first alum of the program to actually win a gramophone. On Sunday, Morris could become the first to win six, since the singer-songwriter earned a whopping five nominations this year—including Song and Record of the Year for “The Middle,” her smash-hit dance-pop collaboration with Zedd and Grey.

“It was definitely a shock,” she says, still sounding incredulous. Morris’ other nominations come for her duet with Vince Gill, “Dear, Hate”—written in response to the 2015 Charleston church shooting and released in the aftermath of the Route 91 Harvest Festival tragedy—which was recognized in the Best Country Duo or Group and Best Country Song categories, as well as her contribution of “Mona Lisas and Mad Hatters” to the Elton John-Bernie Taupin tribute project Restoration, which earned her a Best Country Solo nod.

Morris, who recently released her latest single, the galvanizing “Girl,” and announced that the album of the same name will drop March 8, says the Grammy attention was a welcome shot in the arm. “I feel like all the nominations that I received this year were on songs that were risks, and I feel like they paid off,” she says. “It’s really encouraging for me to keep taking those risks in my career because if it’s not scaring me, it’s probably not a thing worth doing.”

EW recently caught up with Morris to discuss Grammys and “Girl”– the single and the album, produced by busbee and Greg Kurstin and featuring collaborations with friends, and fellow Grammy nominees, like Brandi Carlile and Brothers Osborne.  She hits the road in March to support the album with Cassadee Pope and RaeLynn lending a hand as warm-up. But first up, she will be part of the group of performers paying tribute to one of her heroes, Dolly Parton, at this Sunday’s Grammy Awards, airing at 8 p.m. on CBS.

ENTERTAINMENT WEEKLY: As an Elton John fan I’m guessing the nomination for  “Mona Lisas and Mad Hatters” is particularly meaningful for you?
MAREN MORRIS: It is. That’s the really only time I’ve ever tackled someone else’s song in recorded form like that. And when he’s asking you personally to be a part of the project, you jump at the chance. It’s one of my favorite songs of Elton and [lyricist] Bernie [Taupin]’s, and to even attempt it is such a big undertaking, but I got their blessing once I sent my version of it in for the project. And then to get that Grammy nom for it, and especially in a country category, is such a surprising honor. And I feel like it’s just so full circle and means a whole lot.

Let’s talk a little bit about your competition because in the big categories they have expanded the field to eight nominees making it that much more difficult for you to actually win.
Yeah, I mean, I can see why they did that because there’s just so many songs released in a year span. To break it all down to five is really hard and can seem unfair sometimes. But it definitely ups the stakes. We’re in a class of a lot of gigantic songs that came out this year, and to be one of them is huge.

There were a bunch of artists this year, yourself included, that it was very exciting to see nominated in the major categories like Janelle Monae and Brandi Carlile, who is a buddy of yours and is now your competition. Do you two have any side bets going?
She’s the most nominated woman this year. That’s so amazing. I am so proud of her because I think that this is so long overdue. She’s always been consistently putting out the most gorgeous, atmospheric, soulful music, and for her to get all this recognition here is so fair. As a friend and as a fan, I’m really, really proud of Brandi.

And yes, all my friends are nominated this year, which is really cool. It’s fun to go and be nominated. But to go and know that you’re gonna be seeing your friends there and get their work recognized in such a huge way always makes it a lot more pleasurable. Brothers Osborne, Kacey [Musgraves], Kelsea [Ballerini], all the country nominees are really great this year, and I feel like the Recording Academy got it right.

So if Brandi were to win in one of your common categories, or if say, Loretta Lynn or Chris Stapleton won in one of the country categories, you wouldn’t have any trouble really smiling for the camera and being glad for them.
Oh no, not at all. It would not be a problem. It’s my 9th nomination, as a new artist that’s only put one record out, I feel like it’s just amazing to go. And I always love the Grammys so much because I get really inspired sitting in the crowd and watching the performances. And I feel like this year is gonna bring out the big guns.

Is it a relief to finally have the second album release date on the books?
Definitely. It’s so long overdue, but I had to really let my [debut] album run its course. And I was touring so much that it took a while to even get off the road and finish this thing. So I’m happier than anyone else and relieved that the day has finally come.

The sentiment of the first single and the album’s title track “Girl”– getting back up and getting it done– is that something you wrote for yourself because you needed to hear it?
Yeah, it actually started out as a letter I was writing to another girl. She’s a friend of mine, but we also get weirdly and unnecessarily competitive with each other. We’ve never understood why, but it’s just sometimes you lose touch with someone because you’re gone for months and months, and then you come back and there’s just weirdness, and you can’t explain it. And we’re just constantly trying to get back on the same page. I started writing this song to her and it was, “I don’t want to wear your crown. There’s enough to go around.”

And then I realized shortly after getting into the lyrics of the song, I was like, “Actually, I think I’m the problem, and I’m not writing this to her. I’m writing this to myself.” And it was like a come-to-Jesus for myself, like a good reflection in the mirror that I needed to stare at for a while and figure out “Why am I so self-critical, so self-sabotaging? I have this amazing life, why do I do this? Why is this such a human f—d up thing that we do when things are good?” And I realized this is actually really therapeutic for me to write down and say, “I don’t like myself right now, but tomorrow is different.” And everyone has to go through that kind of up and down.

I felt so much better after we finished writing this song that when I got the demo back, I just knew I wanted it to be the first thing I said off of album too. And I felt like if it really helped me get through a tough moment, it would help a lot of other people hopefully. It’s something I feel like the world needs to hear in a moment where everyone’s so anxious, and the world seems very unstable and chaotic, and we’re glued to our phones. It would just be nice to have a little positivity injection.

The Lyrics About Pete Davidson On Ariana Grande’s ‘Thank U, Next’ Album Are So, So Sad