Home » Lifestyle » MAPPED: Best commuter towns near London and where you might end up paying £21,648 a year 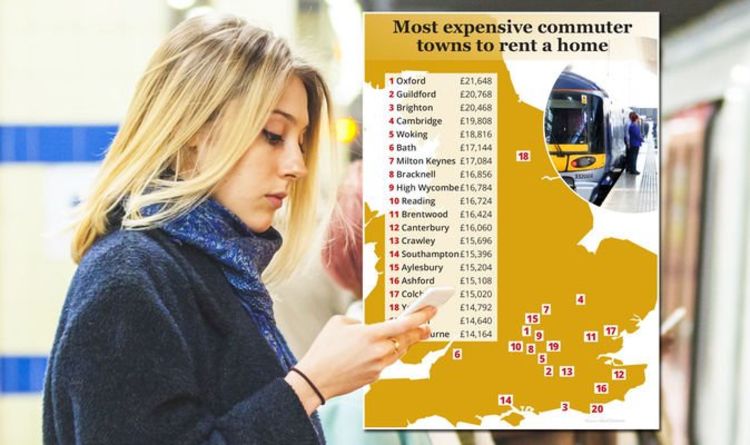 MAPPED: Best commuter towns near London and where you might end up paying £21,648 a year 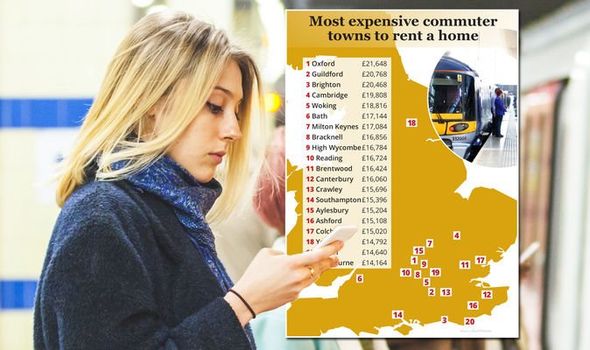 Property across the UK varies in value depending on a lot of factors, including location.

For many proximity to London is important for work, and therefore rent in these areas among the commuter belt is expensive.

But where are the best commuter towns in near London to rent it?

Where is rent most expensive near the UK capital?

Property news: Best commuter towns near London – where to rent?

Room share platform, ideal flatmate, has looked at where tenants are paying some of the most unaffordable commuting rental costs based on the ever-increasing cost of traveling by train coupled with the high cost of renting and where has seen the biggest increase in these costs over the last year.

The platform looked 45 commuter towns and the cost of an annual travelcard when commuting to six major cities, the cost of a year’s rent in these commuter towns, which was home to the highest and which had seen the largest increase over the last year.

So where is the most expensive commuter town to rent?

This is despite the fact rent in Oxford has dropped by £432 over the last year, with train tickets up £159 over the same period. 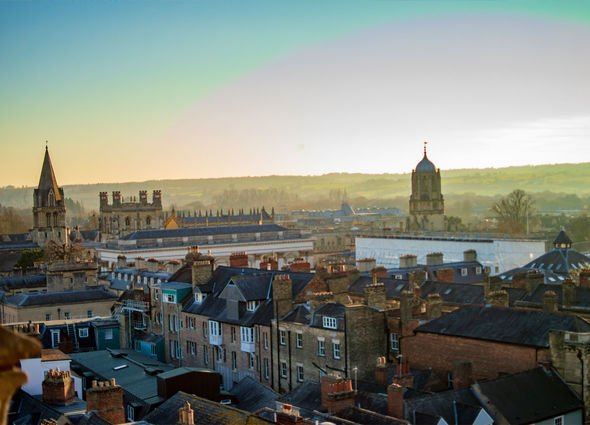 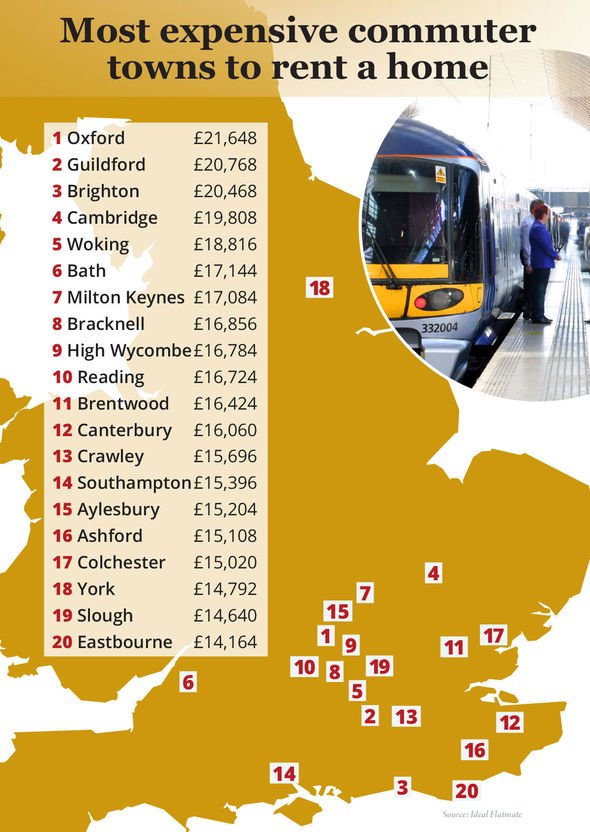 While rents in Brighton and Guildford have both dropped on a year on year basis, tenants in Cambridge and Woking have not only seen them increase, but also the cost of travel.

But, it is York that has seen the biggest financial squeeze placed on tenants over the last year, with the cost of traveling into Leeds increasing £1,716, largely as a result of a rental increase, although train tickets have also increased.

Canterbury (+£928) and Woking (+£459) have also seen rental affordability for those commuting into London reduce dramatically in the space of a year. Swindon has seen the biggest increase for commuting into Bristol (+£272), New Brighton (+£250) into Liverpool, Rugby (+£186) into Birmingham and Rochdale (+£180) into Manchester.

Most expensive commuter towns to rent 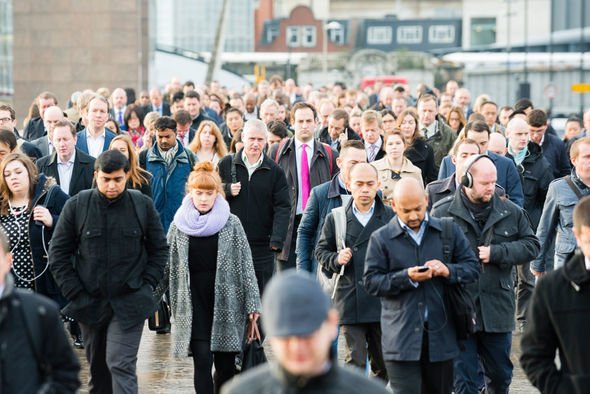 Co-founder of ideal flatmate, Tom Gatzen, commented: “For many, the financial burden of renting is made all the worse by the additional costs of traveling to and from their place of work and with travel fares continuing to climb, this squeeze on affordability is only getting worse.

“To think that in the space of a year, the combined cost of renting and traveling has increased by as much as a thousand pounds in some places is quite crazy and highlights the tough task facing many of us when it comes to getting by.

“The only silver lining is that rent and travel within these major cities would set you back even further.”

Which is the cheapest street in the UK to buy?

Research has revealed there are some streets in the UK where you can grab a property for as little as £15,000.

It also revealed the areas where potential buyers would need to fork out as much as £7.5 million. 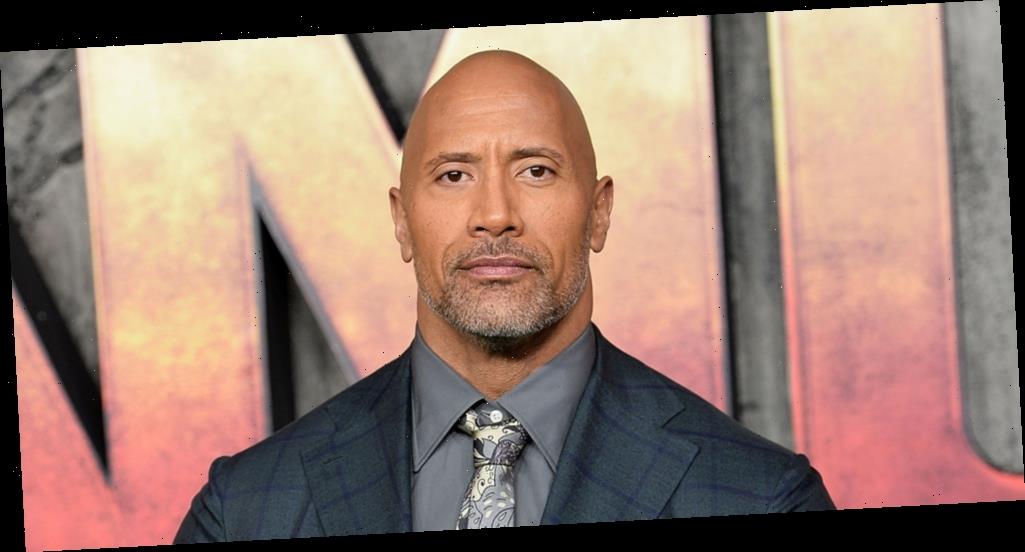 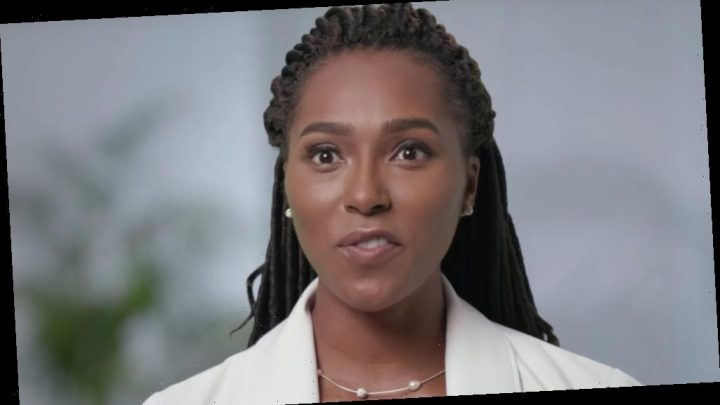 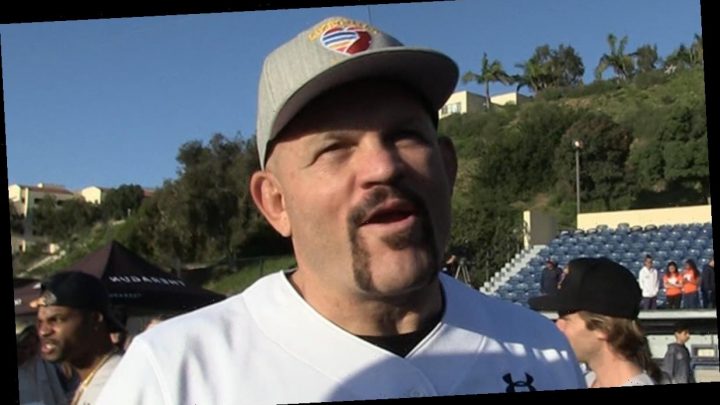