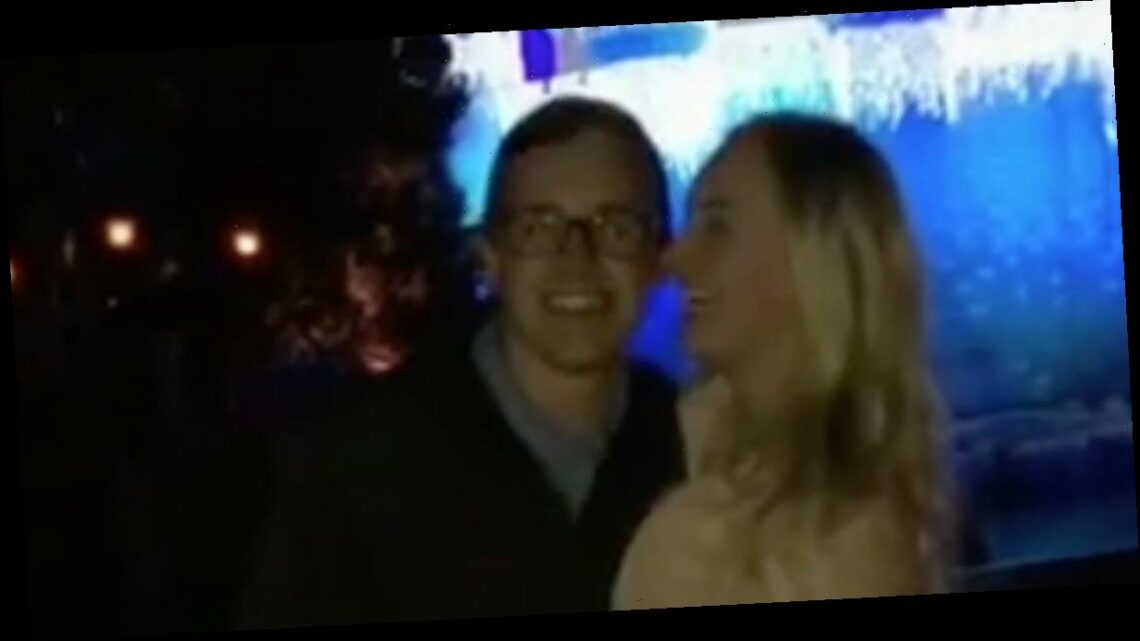 A woman accidentally ruined her boyfriend's romantic proposal when he suddenly got down on one knee in front of their friends.

Gracie O'Neill's priceless reaction left viewers in stitches as she hit her boyfriend Cade's head lightly the moment he was ready to take out the ring.

The hilarious blunder was filmed two years ago in Disneyland with the fairytale Sleeping Beauty Castle seen in the background.

Sharing the clip on TikTok, she wrote: "In my defence I thought he was trolling me."

Gracie is seen wrapping her arms around Cade and putting up a big smile for the camera.

"Are we good?" she asks her friend and as she moves away, Cade takes a knee down and reaches for the ring in his shorts pocket.

Thinking he is making a joke, Gracie quickly performs a karate chop onto his head and says "stop" before he takes the ring out and says: "No, this time I'm actually not kidding."

She then realises the proposal is real and the next second, she cries in joyful tears and says yes to her partner.

Gracie wrote in the clip that she hated herself for hitting her now-husband's head but admitted that it was the happiest day of her life.

The video has racked up a whopping 5 million views, with viewers saying the surprise made the moment even more memorable.

One said: "Not gonna lie, I think this makes the moment even better." Another agreed, adding: "Totally, it's priceless."

"I like how he knew he had to clarify," a third added. "But it's a funny engagement video to show though."

Gracie explained in another video that Cade had put up the fake proposal "way too many times" and he always promised the next time to be a real one.

The pair got married in August, 2019, and they now look back at the moment fondly.

She said: "Looking back, even though it's so embarrassing, it's so funny for us to look back and laugh at it.

"And it was so genuine, so we are happy."