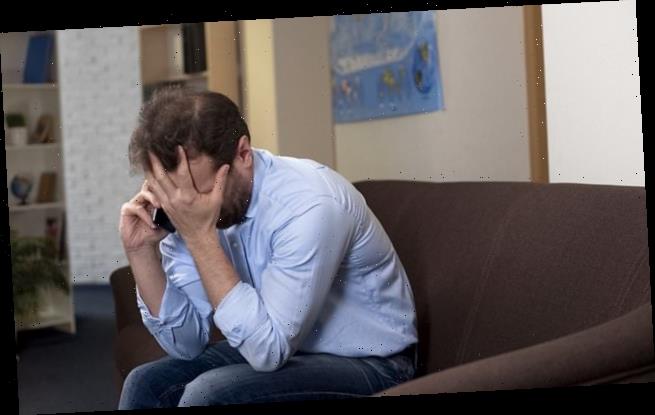 A British man has revealed how he ended up in prison for opening an unsolicited file containing child abuse images.

The anonymous man, from the UK, was chatting to a stranger he met through an online chatroom when they sent him a zip file containing 20-25 images – some of which were of children.

After he opened the file, and tried to send one of the images to another person, police raided his home, and he ended up being sentenced to 32 months in prison.

He called BBC stories it had been a ‘moment of madness’ but said he was ‘still part of the problem’, saying: ‘I could have stopped after opening one or two but I didn’t, I opened them all. Whatever was inside me wanted to open them.’ 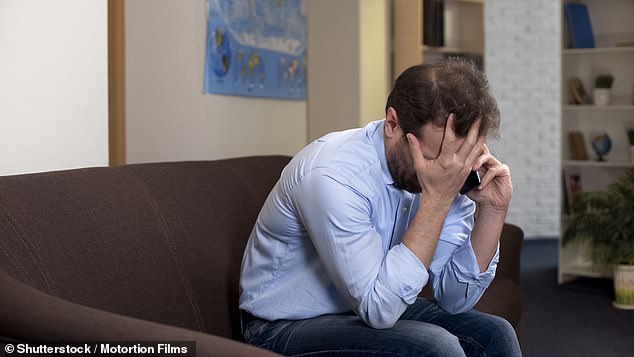 The anonymous man, from the UK, revealed he was sent to prison after being sent an unsolicited file containing child pornography (pictured, stock image)

Recalling the moment he was sent the images, the anonymous man revealed: ‘i wasn’t being particularly intimate with my partner at the time.’

‘I never searched for any inappropriate pornography, I had never really thought about it.’

He said he preferred to talk to people through video chat sites, saying: ‘[They’re] completely legal but probably quite unhealthy, and something I just became used to doing.’

After speaking to different people on the sites, and exchanging details with them, he began ‘engaging’ with them over Skype.

He said: ‘I was then presented with some images. It came in one zip file, and within that file, it was 20 to 25 images.’

Child pornography laws in the UK

Child pornography laws in England, Wales and Northern Ireland are covered by the Protection of Children Act 1978 which made it illegal to take, make, distribute, show, or possess for the intent of showing or distributing an indecent photograph of someone under the age of 18.

The maximum penalty is 10 years in prison, or fined up both.

In the context of digital media, saving an indecent image to a computer’s hard drive is considered to be ‘making’ the image, as it causes a copy to exist which did not exist before.

‘Possession’ is defined as the physical or digital possession of an indecent image which is prohibited by law.

‘Making’ or ‘viewing’ of indecent images refers to the viewing of an image which in turn results in the image being downloaded to the device.

The distribution of indecent images – sometimes this may have involved the sending or sharing of a digital file, for example by social media, email in a chat room or file sharing programme.

It must be established that the person intentionally distributed the image and that he did so intending to send an indecent image. For the latter element, the prosecution must show that the sender had knowledge that the image was indecent

He explained: ‘I’ve never seen anything other than them, but I did stupidly try to send one to somebody else.’

He said that while half of the images were ‘borderline’ teenagers who were around the age of 17 or 18, the others were ‘quite clearly children.’

He said: ‘I could have stopped after opening one or two. I didn’t, I opened them all.

‘Whatever was inside me wanted to open them, wanting to know what every single one contained.’

He explained: ‘I didn’t call the police because I didn’t want to get in trouble.’

But he was later arrested when police raided the home he shared with his partner in the early hours of the morning.

He called the experience ‘awful’, explaining: ‘It was absolutely horrific, it wasn’t smashing the door down in a drugs raid, it was polite and calm.

‘I wasn’t there for the search, I had already been taken away. But I feel so terrible about my partner having to sit there, for about an hour or two, in his boxers, as the police looked around our home.’

He said: ‘The funny thing was, it felt quite routine to them. I felt like the whole world was ending around me and I was the only person ever who’d committed this crime.

‘But when the knock came at the door, within about five seconds I worked out what it was for.’

The man went on to be sentenced to 32 months in prison, and ended up serving 7 months.

Recalling his experience in prison, he said nobody asked what anyone else did, but there were ‘rumours’.

He said: ‘I never asked anyone, because I didn’t feel the need. We’d all done something terrible.’

He went on to be helped by the The Lucy Faithfull Foundation, who are a charity dedicated to preventing child sexual abuse.

He continued: ‘When I was arrested, the officer said there was a charity that could help people in my situation and he was hinting that they could offer comfort and some advice. 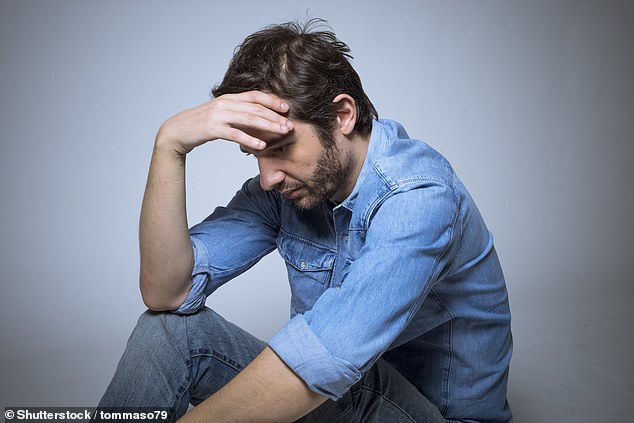 ‘And that is what I wanted, comfort and advice. I spoke to them for about 40 minutes or so at a time, I felt like I was being given opportunity to assess and take a step back.’

He reflected: ‘Although it was very momentary on my part, I’m still part of the problem. I feel guilty about all of it really, but it was good to get insight into thinking about it in a different way.

‘When it was happening in the moment, I wasn’t really thinking anything, and I just let the impulse get away from me and that was it. It was a moment of madness on my part.’

The man explained that he didn’t think offenders should all be included in the same bracket, saying: ‘I think that everyone is different and it would be wrong to categorize all offenders with one personality type, one behavioral instinct.

‘I just think its probably not an accurate way to think about these things.’

He also warned that many other people could be facing similar situations to his.

He said: ‘Having seen how quickly you can find yourself in a position where you’re about to offend, I do worry that many many thousands of people might be on the cusp of doing it or might be doing it right now.

He added: ‘It’s the most traumatic part of my life and the biggest mistake I’ve ever made. I think it will stick with me forever.’

CategoryLifestyle
TagsEnded he How in Man reveals Up