Home » Man gets nail propelled into eyelid while mowing lawn 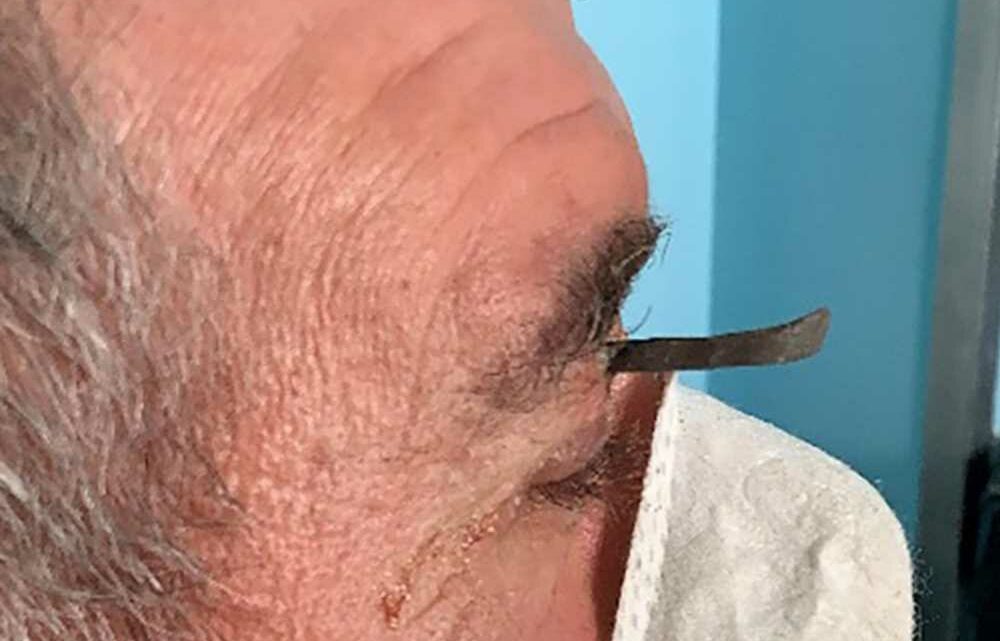 Man gets nail propelled into eyelid while mowing lawn

Dad charged after kids, 7 and 11, die in freak fall from backhoe bucket

Not the way you want to get nailed after lockdown.

An Italian man’s lawn-trimming session went horribly wrong after a mower accident left him with a nail sticking out of his eyelid. The gruesome injury was documented in the International Journal of Surgery Case Reports last month.

According to the study, the 58-year-old man was cutting the grass with a lawn mower when the inch-long metal shard flicked up right into his face.

A graphic computerized tomography (CT) scan showed that the shrapnel missed his left eyeball by millimeters, but embedded itself deep in his eyelid, rendering him unable to open it.

The poor soul was rushed to a hospital in Verona, Italy, where doctors were able to extract the foreign object by twisting it gently until it came out. After a deep-cleaning of the wound and a course of antibiotics, his eyesight was restored within 30 days.

This accidental acupuncture may seem like a freak occurrence, however, such injuries are reportedly surprisingly common post-lockdown.

Indeed, since quarantine lifted, study researchers have reportedly observed “an increase in trauma due to domestic activities” from when stay-at-home measures were in place, the researchers wrote in the report.

A top surgeon at Imperial College hospital in London, where they’ve seen a similar spike in household mishaps, attributed the phenomenon to atrophying skills during lockdown.

“I suspect we had fewer accidents during lockdown because of paranoia (fear over visiting hospitals),” the surgeon told the Daily Mail. “But with the unlocking, it was like taking the lid off a pressure cooker.”

Specifically, “these people have injured themselves because they’re diving straight into an exercise routine they’re not used to — often at the wrong intensity or load,” they added.

The same logic apparently doesn’t hold true for US traffic deaths, which spiked during the quarantine, despite the fact that there were fewer cars on the road.