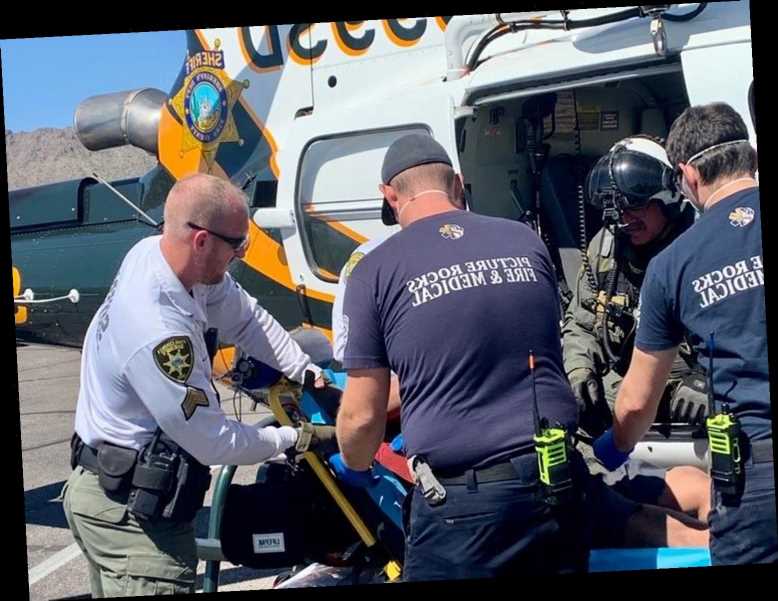 Man Found Alive After Going Missing for 2 Days on Hike with Fiancée in Ariz. Park A man who went missing for several days in an Arizona park has been found alive, thanks to the help of his fiancée.

The 25-year-old male was rescued by authorities on Monday, just two days after his fiancée left him behind in Tucson Mountain Park to get help, according to a statement from the Pima County Sheriff's Department.

Authorities said they initially responded to a residence in the 9700 block of West Calle Anasazi in Tucson on Sunday around 7 p.m. after receiving a report that a woman, 28, had shown up asking for help.

While speaking to officials, the woman explained that she and her fiancé had been hiking in Tucson Mountain Park on Saturday night, but had gotten lost after leaving the Gates Pass area, the sheriff's department said.

The man — whom authorities noted was barefoot — stopped walking while his fiancée carried on to search for help, in order to save their lives. Eventually, she came across the residence on West Calle Anasazi, where officials said she notified the homeowners of the situation and reported her partner missing.

Authorities immediately coordinated a search of the area with the help of multiple agencies, including the Department of Public Safety air assets, Southern Arizona Rescue Association volunteers and the National Park Service.

By Monday morning around 11:30 a.m., a sheriff’s department helicopter spotted the man in a desert area. He was transported off the trail and taken to a local hospital for treatment, the Pima County Sheriff's Department said.

At this time, the couple's physical conditions remain unknown.

Tucson Mountain Park is considered one of the largest natural resource areas owned and managed by a local government in the U.S. with approximately 20,000 acres and close to 62 miles of non-motorized shared-use trials, according to Pima County's website.

The park includes the Gates Pass overlook, which provides views of "interpretive displays and historic structures," as well as several hiking trails, campgrounds and recreational areas, the site states.

'Darcey & Stacey': Darcey Receives More Videos From the Woman Florian Was Pictured With