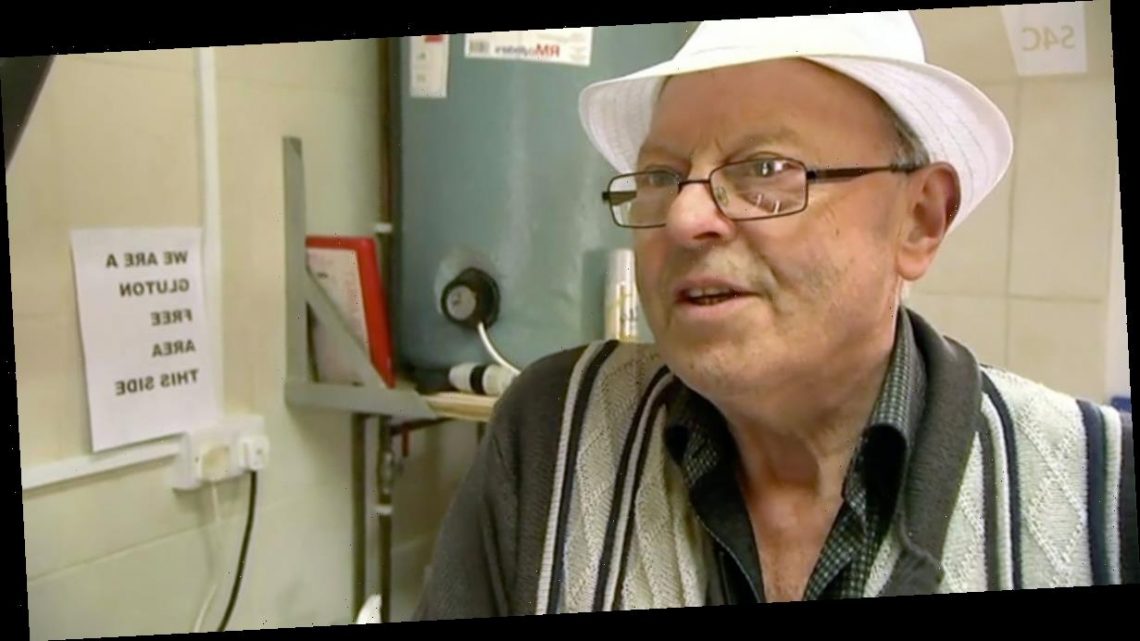 A husband has been cleared of killing his wife after being accused of burning her with scalding oil in their chip shop.

Swansea Crown Court heard Geoffrey Bran, 71, had been accused of pushing or throwing a deep fat fryer at Mavis Bran, 69, at the Chipoteria chip shop in Hermon, Carmarthenshire, because she had been "nagging him".

But a jury found Bran not guilty of murder or manslaughter following a week-long trial.

He was in tears as the jury at Swansea Crown Court read out their not guilty verdict, before judge Paul Thomas QC released him from the dock.

The court previously heard how Mrs Bran had screamed "Please help me" down the phone to a friend after being scalded with 160C oil.

But Bran, the hearing was told, carried on serving customers as his semi-naked wife desperately cried out for help.

Mrs Bran died six days after suffering burns to 46 per cent of her body.

Bran denied hurling the oil over his wife at their village chip shop – claiming she had accidentally tipped the fryer over herself.

Giving evidence at the trial, Bran said: "At the corner of my eye I could see the fat fryer moving as if it was in slow motion.

"The front legs slipped off the table, instantly the legs fell off the edge and the weight of the oil tipped the whole thing forward, the whole two tubs came out in one whoosh.

"One of the legs got to the edge and the weight of the oil must have moved things fast and it was like a waterfall and it landed on her chest."

He said he moved his wife and sat her up to take off her oil soaked clothes after the accident.

He added: "I didn't know if I was doing the right thing to be honest.

"I just grabbed the bottom of her jumper and pulled it over her head."

He told her to run to their house and ask their lodger Gareth to call an ambulance.

He agreed that it was “callous to the point of inhumanity" not to check on his wife as he he carried on serving.

Swansea Crown Court also heard Mrs Bran had started drinking red wine in the morning and was over the drink-drive limit at the time of the tragic accident just before 1pm.

She had told a friend and a paramedic that her husband was to blame before she passed away.

Friend Caroline Morgan told the jury: "She was screaming down the phone begging for help and crying.

A court heard Mrs Bran also told paramedic Allison Williams that her husband had attacked her.

Ms Williams said: “I asked her if she could explain what had actually happened that day.

"At that point she said: 'My husband threw hot fat over me.' She just stated they’d had an argument.”

Bran and his wife had come out of retirement to start their roadside cafe.

The couple had been married for more than 30 years but had no children – although Bran had three children from a prior relationship.

They owned around 10 businesses around South Wales, including the Chipoteria which opened in January 2018 in a cabin situated next to their home in the small West Wales village.

Swansea Crown Court heard the couple would often argue about "finances" and that Mrs Bran would drink two bottles of wine a day.

The couple's lodger Gareth Davies said Mrs Bran was in a "happy mood" on the morning of the tragedy.

But at lunchtime he heard her shout: "I’ve been burnt" and "I’ve had boiling hot fat all over me".

Mr Davies said: "She was, naked from the waist up. She was a bright red crimson all over her torso."

"She didn't seem to be in pain. She was lucid. She was standing there next to me.

"I offered to call her an ambulance and she said 'no, categorically no'."

Despite his wife's distress, Bran didn't check on her once – and stayed in the chip shop to serve customers, the court heard.

He denied attacking her and told customers in the shop that there had been "a little accident".

Bran admitted that the couple often argued and had fallen out that day over the cleanliness of the fryers and burnt fish.

Bran said his wife must have been "confused" when blaming him but said he "couldn't find an answer" as to why he then ignored her for more than two hours after she was hurt.

He told the court he loved and missed his wife, despite telling police in an interview: "It's a miracle we lasted that long. But we used to get on OK. We've had our ups and downs."

He was cleared by a jury at Swansea Crown Court after five hours – and walked free from court.

Jennifer Lopez's Net Worth Is So High, She's Swimming in Dinero
World News