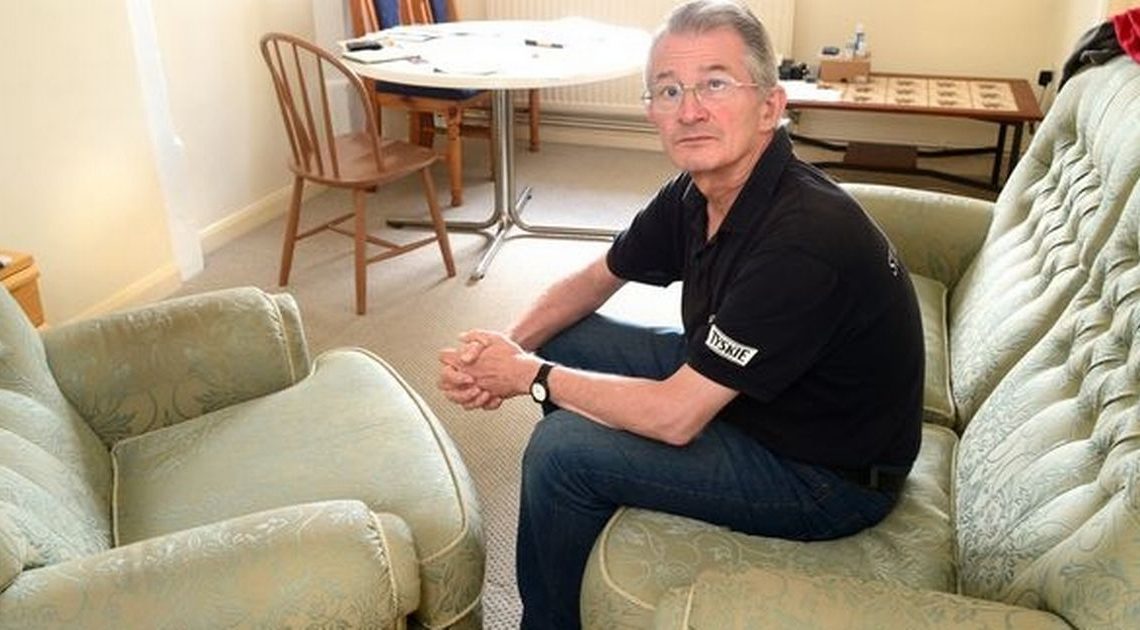 A man who has applied for more than 500 jobs since November in a desperate attempt to avoid living on Universal Credit fears he is "flogging a dead horse".

Frazer Spiers, 63, is concerned his age is preventing him from finding work.

He began applying for jobs when he returned from a 20-year stint living and teaching English in Europe last July.

He says he has completed and submitted more than 500 job applications since November, but has only been invited for four or five interviews.

He told Leicestershire Live : "As a 63-year-old man it seems I am not as employable as others but I am determined.

"I could sit for the rest of my working days on Universal Credit but that is not what I want to do.

"I want to work but it has been very difficult for me to find employment.

"The odds are stacked against me. When I'm applying for jobs with big national companies there are pictures of staff smiling on their websites, they are never people my age. They are youngsters and people no older than 40.

"A lot of the big firms also have rules which mean if you apply and don't get the job you can't then apply again for at least 12 months.

"Even my work coach said I am flogging a dead horse, so to speak."

Frazer currently works part time for a charity in Melton, Leicestershire. As a result of the hours he works, the amount of Universal Credit he receives alters.

He said: "Once I started working the amount I received reduced, so while I am better off by a few pounds per month, I am working for that.

"Each £1 I earn means by Universal Credit reduces by 63p. While it might add up and be worth it when you work full time, working the hours I do means it reduces my hourly rate signficantly."

If Frazer earned the national living wage of £9 per hour, he would only receive £3.33 per hour.

He added: "For a benefit that is meant to encourage work it doesn't do an awful lot to do that.

"If it weren't for my desire to work I could cruise the rest of my working days on Universal Credit but that is not what I am going to nor what I want to do.

"I might be better off as they put it but with working so few hours it doesn't amount to a lot. It is a flaw in the system, because I am trying to find work but can't. A lesser motivated person might be tempted not to work so few hours.

"I love the work I do at the moment but I really need more hours. I'm doing extra whenever I'm offered and I can.

“I just want to contribute to others and society. I’m not ready to stop working yet. In my mind, I’d be happy to work until I’m 75. It helps keep me motivated, challenged and stimulated and gives my days structure.”

Frazer spent the last 20 years teaching English in Europe, including Turkey, Ukraine and most recently Poland.

"When I came back, I was homeless, jobless and was very fortunate that a friend of mine offered to put me up," he said.

"I left Poland financially crippled. Education has improved there and there isn't much need for private English tuition now. I was struggling so made the decision to come home.

"I wanted to get back to Leicestershire and particularly Melton Mowbray as that's where my last UK address was and I have family links to the area.

“The crazy thing is that in theory a Polish family who arrived on the exact same flight as me could have walked into a job centre or local council office and been offered help and assistance there and then.

“Instead I had to live on scraps for three months and rely on the support of a friend who let me stay and literally wait until I could access the system after three months when I was then classed as a habitual resident.”

Frazer was supported by the Exaireo Trust in Loughborough to find a flat.

"I’ve had some furniture donated from me and support from friends. I have my flat now but it is difficult surviving from month to month" he said.

“I hoped to be better supported here and find more stable employment.”

He also complained about the charges he incurred when enquiring with the HMRC about his tax code, after a mix up when he started work.

He said: “It is wicked that a government department can operate a premium rate phone line.

“There was no warning when the call was answered and I ended up with a £48 phone bill.

“Receiving so little in the first place it was a shock to learn I owed so much.”

Frazer has since been made aware of an 0345 number.

A DWP spokesman said: “There is no issue at all with Mr Speirs’ benefit claim. Since starting work, he has been better off each month because on top of his wages, he continues to receive Universal Credit, amounting to more money than he would have if he was not working.”

She added: “Earnings from work will affect the amount of support people receive, for every pound earned above the threshold payments reduce by only 63p ensuring it always pays to be in work.”

What is Universal Credit?

Claimants will get one single payment to cover any and all of these benefits they are entitled to. From this payment they will have to cover their own costs directly, like rent, rather than it being a deducted payment.

The system is intended to make claiming benefits easier but has experienced many problems, and been blamed for pushing many people into hardship and poverty.