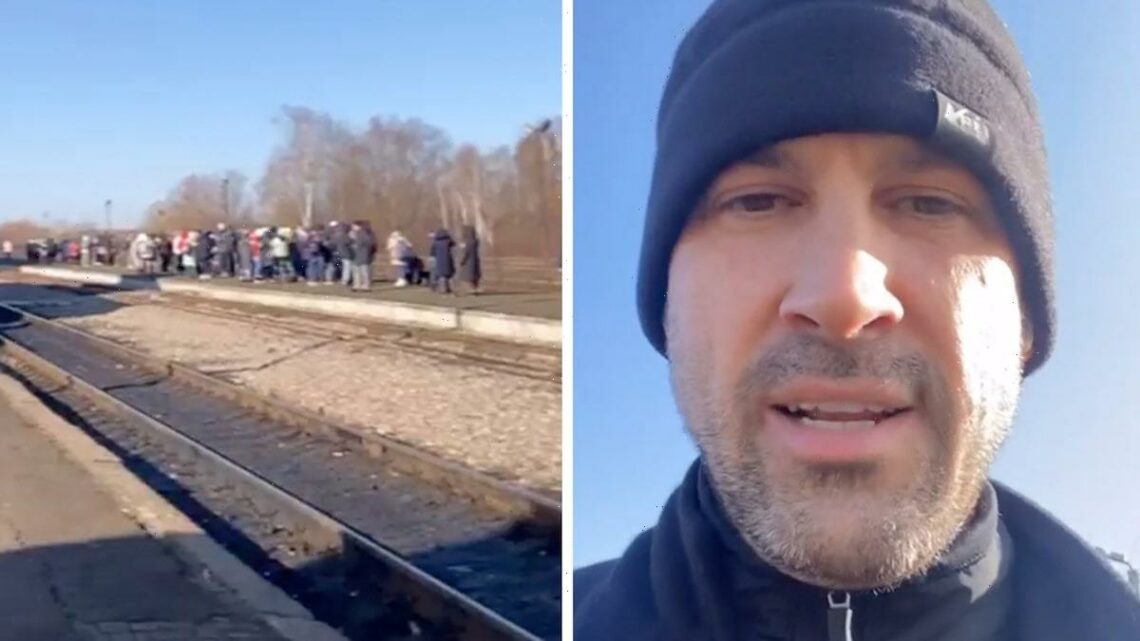 "People everywhere. It's sweaty and claustrophobic."

Maksim Chmerkovskiy has made it out of Ukraine amid the Russian invasion.

On Tuesday, around 2:30pm local time, the “Dancing with the Stars” pro posted “I’m in Poland” to his Instagram Story, after detailing his escape over the past 24 hours. He added he was still an hour and a half from his destination and had gone 31 hours without sleep.

The previous day, he said he had been arrested, calling it a “reality check,” before saying he planned to cross the border out of the country. Later in the day, he told his followers that he had made it on a train out and was on his way to Warsaw, Poland. 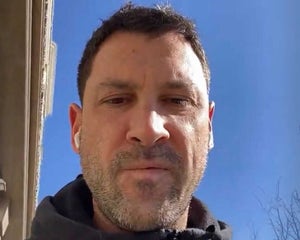 Maksim Chmerkovskiy Prepares to Flee Ukraine After Getting Arrested

“The situation at the train station is insane,” he wrote in a note posted to his Story. “AT first it feels manageable, but it gets A LOT worse when it comes time to actually board the train. Long story but all I can say now is that I’m a big man with nothing but a backpack it’s TRAUMATIZING.”

“Currently, I’m in a cabin with 4 adults and 7 kids (ages 2-11) which usually is only occupied by maximum of 3 people,” he continued. “There’s usually up to 30 people in this particular wagon. We were told we have to fit 135. Walkways are packed. People everywhere. It’s sweaty and claustrophobic.”

His wife, Peta Murgatroyd, praised her husband on Instagram, sharing the Story to her own and adding, “YOU CAN DO IT!!!!!! Get back home! I am so f—ing proud of you for helping those kids on board.” 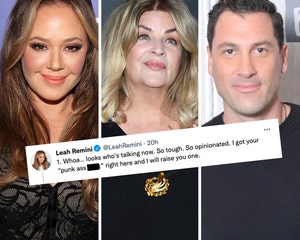 In another post to his Stories shortly later, Maks added, “What finally broke me is when I was watching an eight-ish year old boy, hysterically crying and not wanting to let go of his father. Verbatim ‘if you stay I want to stay too because if they kill you I won’t be able to help.'”

By Tuesday morning, he shared a few video updates to his Story from about 30 minutes away from the Polish border — revealing the train had to stop to change wheels.

“Can’t make this up,” he said, telling his followers that they briefly de-trained to get some fresh air and use the restroom.

“Now we’re going back and there’s the train. 5 carts, but 130 some people each,” he explained. “There’s one wagon that’s all sicker kids and people, so it’s not as packed, but all the others are packed to the brink and it’s crazy.”

He later confirmed he had made it across the border.

Maksim first began sharing updates from Kyiv last week amid Russia’s initial attack on the Ukrainian capital, where he was pinned down. At the time he said he feared heading west to the Polish border after watching videos of Russian tanks “pummeling civilian cars trying to move out of the city.”

Last Thursday, Ukrainian President Volodymyr Zelenskyy declared martial law across the entire country, mobilizing its 36,000 military reserves and even calling on civilians to take up arms. He also banned all men aged 18-60 from leaving the country.

Maksim confirmed this, and while he falls into that category, he did not confirm if it applied to him or not. 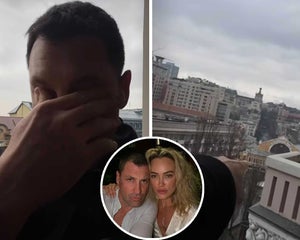