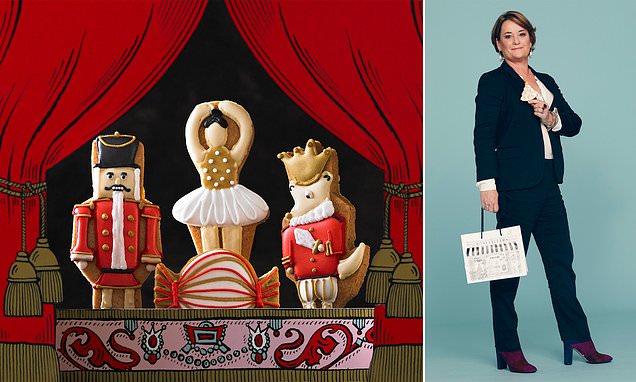 Mail salutes the Mumpreneur who really takes the biscuit

Mail salutes the Mumpreneur who really takes the biscuit: She built her business at the bedside of her seriously ill child, ten years on, it’s a multi-million-pound success story

As her name was announced on-stage, the first hugs of congratulation for this year’s winner of the Daily Mail’s prestigious Mumpreneur of the Year Award, Harriet Hastings, came from daughters, Holly, 25, and Florence, 19.

‘It felt very special to have them there,’ says Harriet. ‘Particularly as this was an award for me rather than the business, and especially in the company of all the inspiring women in the room.’

It was, of course, perfectly appropriate that the girls should be her guests at the awards presentation at the Dorchester Hotel last week. After all, alongside little sister Violet, 13, and 22-year-old brother, Joshua, they were the ‘absolute impetus’ for the creation of her winning business, Biscuiteers.

It was the desire to take back control of her time and spend more of it with her children that led Harriet, a former PR brand director, to start her own venture. 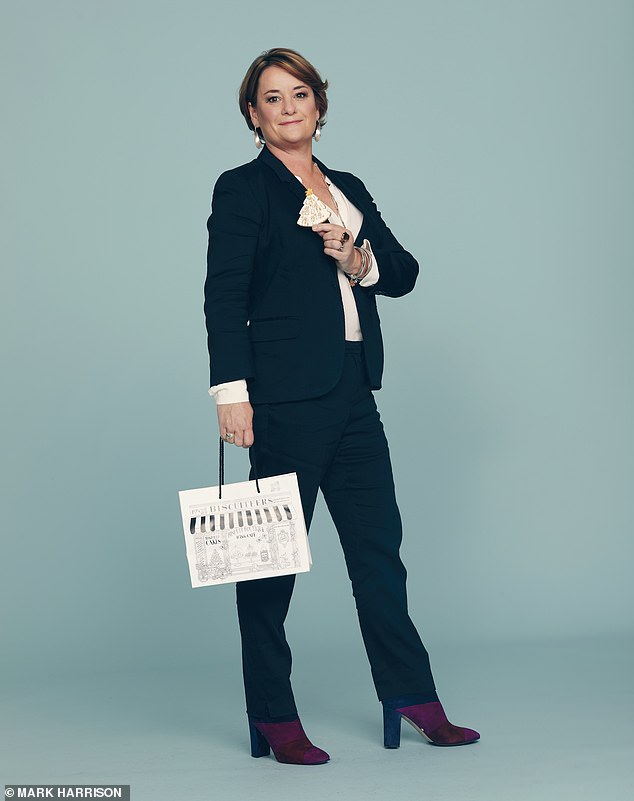 ‘That traditional office environment didn’t work for me in the end, as it doesn’t for lots of women,’ she says. In fact, Harriet did much of the early work on Biscuiteers on a laptop at Great Ormond Street Hospital. Florence, then ten, became ill with leukaemia and, for three months in 2008, was in complete isolation while undergoing a high-risk bone marrow transplant.

Harriet lived at the hospital, grateful for the occasional escape into intricate biscuit design and planning while watching Florence sleep. The business may have been born by a hospital bedside, but that didn’t mean thinking small. By treating food as fashion, Biscuiteers was conceived as nothing less than a reinvention of the luxury gifting sector.

A decade later, her tins of exquisitely-iced biscuits have taken Instagram by storm and built an enviably chic customer base, including early corporate clients Dior and Cartier.

‘Women are very good at multi-tasking; that’s not a myth. They’re conscientious and focused, and if you run your own business, you can exploit that without having to sit at a desk all day because someone else expects you to.’

‘It’s not easy. No one has ever had to tell a woman running her own business to work harder. But for lots of women, I really think it can be the perfect solution.’

And yet female entrepreneurs are still forced to overcome challenges that men simply don’t face. It was a theme much in evidence at the awards, where the Exchequer Secretary to the Treasury, Robert Jenrick MP, revealed the initial results of a government review into barriers faced by female entrepreneurs launched in March this year.

‘Shockingly,’ he said, ‘just one fifth of UK businesses were started by women, even though there are a million more women living in the UK than men.’ 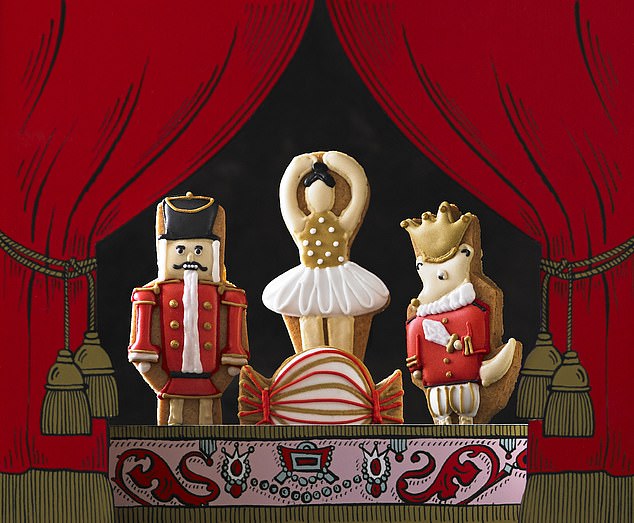 Harriet believes a lack of access to finances could be holding many women back from having their own business  (pictured: A tin of Biscuiteers Christmas Nutcracker biscuits)

So what’s holding them back? ‘Money,’ says Harriet. ‘A lot of it is access to finance. Unquestionably, women are not getting the investment men are getting. And it means there’s a fantastic amount of untapped potential out there.’

In 2016, more than 85 per cent of publicly announced investment deals were in firms founded exclusively by men, according to Mr Jenrick, while female-founded businesses received just nine per cent of cash raised. And yet, according to the current government review, which is expected to report in full in the new year, a level playing field in terms of finance would mean one million more female-ledenterprises, and a windfall of billions for the UK economy.

A big part of the problem, says Harriet, is a lack of female bankers. ‘When I decided to accelerate the growth of the business and went out to get serious investment in 2016, I found the world around venture capital incredibly masculine,’ she says.

‘It’s the way it’s presented, the way it’s delivered. Inevitably, you’re having to pitch your business constantly, which is perfectly reasonable, but almost all of the people I ended up talking to were men. Very often I was the only woman in the room.’ In fact, only 18 per cent of people making investment decisions in banks and venture capital firms are women. And attitudes within the industry do not appear to have kept up with a changing society. 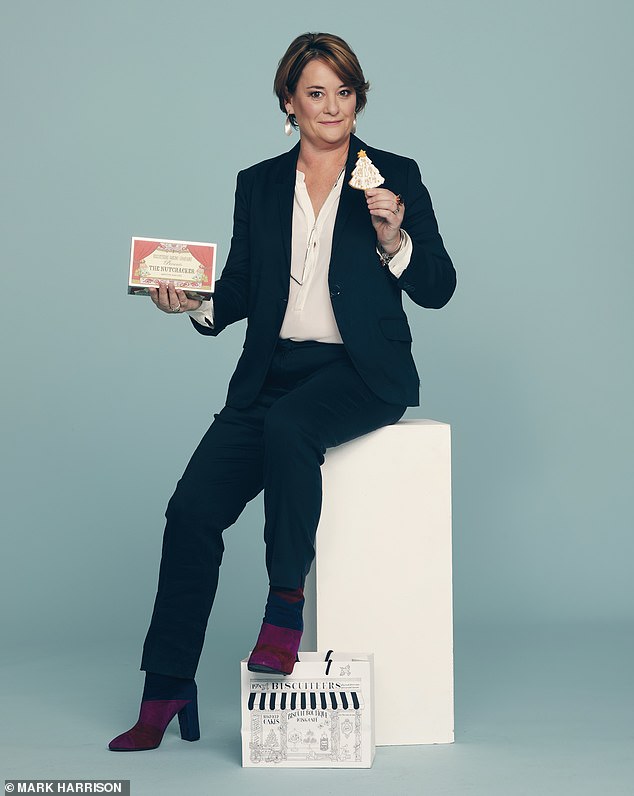 Over the four years of the Mail’s sponsorship of the Mumpreneur of the Year Award, also known as the Aphrodite Award, we’ve heard businesswomen describe meetings with bankers at which they’ve been told explicitly they need a man to help them.

Several have looked on as financiers address their husbands rather than them about the businesses they own. One was asked outright why her husband wasn’t there.

For Harriet, going cap-in-hand to the venture capitalists did not make business sense. ‘They just didn’t get it in the same instant, instinctive way my largely female customers did. You should never underestimate the power of the female market,’ she laughs.

‘Quite quickly, I concluded that I’d be much more in control of a crowdfunding campaign. Women are often the ones who buy gifts for people after all.’ Biscuiteers now has a turnover of £4.7 million, employs 80 people and is soon to add a new headquarters and factory in Colliers Wood in South-West London to its two icing cafes and boutiques in Notting Hill and Battersea.

The business was born of a light bulb moment in 2007, while Harriet was contemplating the subject of edible gifts. ‘I began to notice a trend. 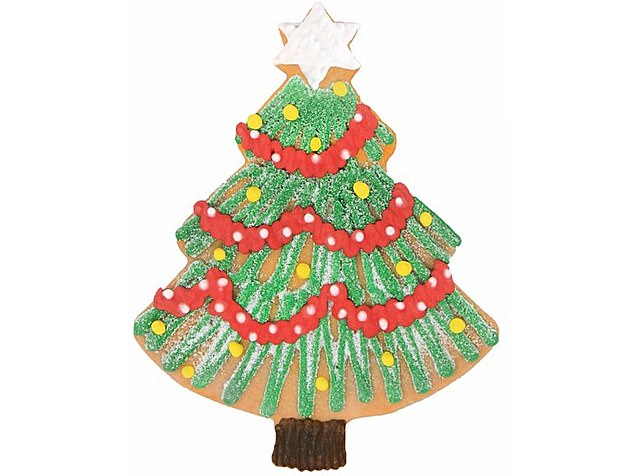 Harriet says she can’t see any reason why women should be less willing than men to take on risks  (pictured: Biscuiteers Christmas tree)

‘Whenever we had guests to stay for the weekend, rather than flowers, they’d bring us something to eat — wine or chocolates or tarts. I saw a real gap in the food-gifting market.

‘For a while I thought about a home delivery business called Tarts For The Weekend . . . but biscuits are easier to deliver and store, and I could see a clear way to market them. I didn’t create the business out of my love of baking. It was about seeing a market opportunity and building a brand.’

Once she’d proved Biscuiteers could work, it was only a matter of time before she began to grow it. ‘Scaling a business up takes a different mindset and a real ability to take on risk,’ she says, ‘but I can’t think of any reason why women should be less willing to do that than men.’

The challenges keep coming — at the moment it’s the sharp rise in the price of butter, partly as a result of Brexit — but with a much bigger staff and a board of directors, nowadays she’s less alone in dealing with them. 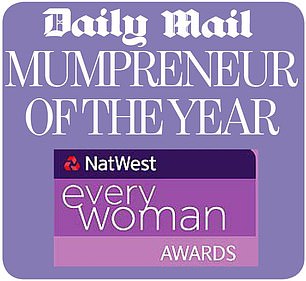 Harriet’s company has a turnover of £4.7 million and has 80 employees

As one of the founders in 1996 of the Women’s Prize For Fiction, then known as the Orange Prize, Harriet has long been a champion of female mentoring.

Last week, she saw Michelle Obama speak at the South Bank Centre in London and describes the former First Lady as ‘a living, breathing example of what role modelling on a very serious level can do for young women’.

‘Young women are very ambitious and have masses of self-belief,’ says Harriet. ‘They can see themselves as entrepreneurs. It will be a terrible shame if the finance sector doesn’t catch up with them.’

‘Hundreds of teachers still struggling with basics of curriculum’