Home » Lifestyle » ‘Looks so professional!’ Correct way to fold a t-shirt in 2 seconds – ‘blown away!’

‘Looks so professional!’ Correct way to fold a t-shirt in 2 seconds – ‘blown away!’

Watching people fold clothes has become a fascination for millions on social media. With the rise of “expert” clothes organisers and storage hacks, This Morning revealed one way to fold a t-shirt in seconds.

He said: “I’m going to show you how to fold your short-sleeved tops – polo tops, t-shirts, those kind of clothes.”

Steve had the t-shirt lying sideways and flat with the collar and buttons facing upwards.

He then pinched the t-shirt in three areas and with a quick flip, it was folded neatly. 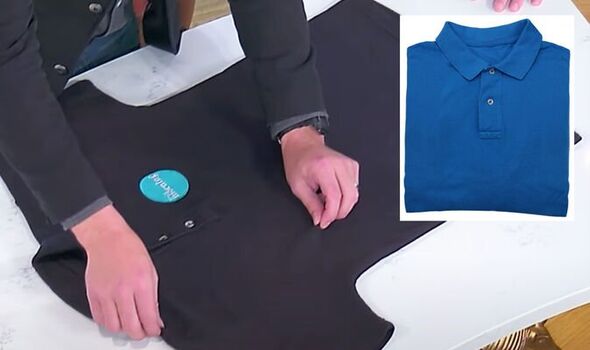 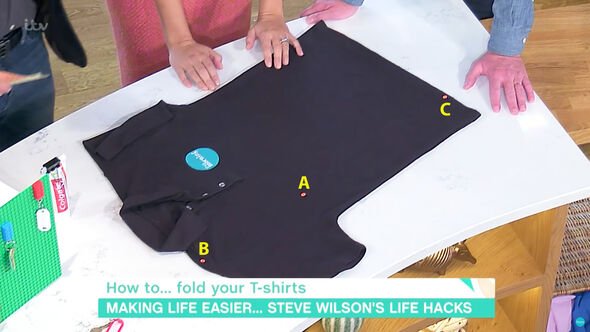 Phillip remarked: “What in the name of!”

Steve then explained the steps in more detail and slowed the folding process down so those at home could follow.

This method of folding a t-shirt is called the “two-second fold”.

“Here is the middle of your top,” he said running a finger down the middle from the collar.

“You’re pinching between the middle [section] and the top edge. About halfway.”

With his left hand, he then pinched the t-shirt material just below the armpit, or as Phillip said “nipple position”.

With his right hand, Steve then pinched the t-shirt material on the shoulder, and with the same hand, pinched the bottom of the top.

With a quick flip, he then turned the top over to reveal a very professional-looking folded t-shirt.

“Now I will show you again and label it for you so it’s easier,” Steve said.

Where the lines intersect is going to be point a. 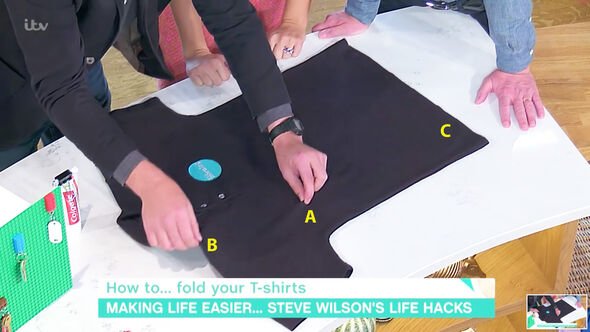 “Point a, point b, and point c,” he commented adding three sticky dots to the t-shirt.

Pinch point a with your left hand, making sure to pinch both the top and bottom layer of the t-shirt.

Pinch point b with your right hand then bring point b down to point c.

Uncross your arms and lay the t-shirt face down on the table.

Flip the shirt over and the collar will be facing upwards and professionally folded.

Hundreds commented online below the video, josiie said: “That two-second fold literally made me the most powerful person on earth. now I can fold shirts like a professional. thank you.”

“I’m blown away by the two second fold. I even used to work in a clothing store, but had never heard of it. Thanks for the tip,” someone with the username Manly Moments wrote.

“Incredible, I actually did the two second fold. Thanks!!” Bridget Gainous said.

Details Emerge On Woody Allen’s Next Project; French-Language Pic To Shoot In Paris This Fall