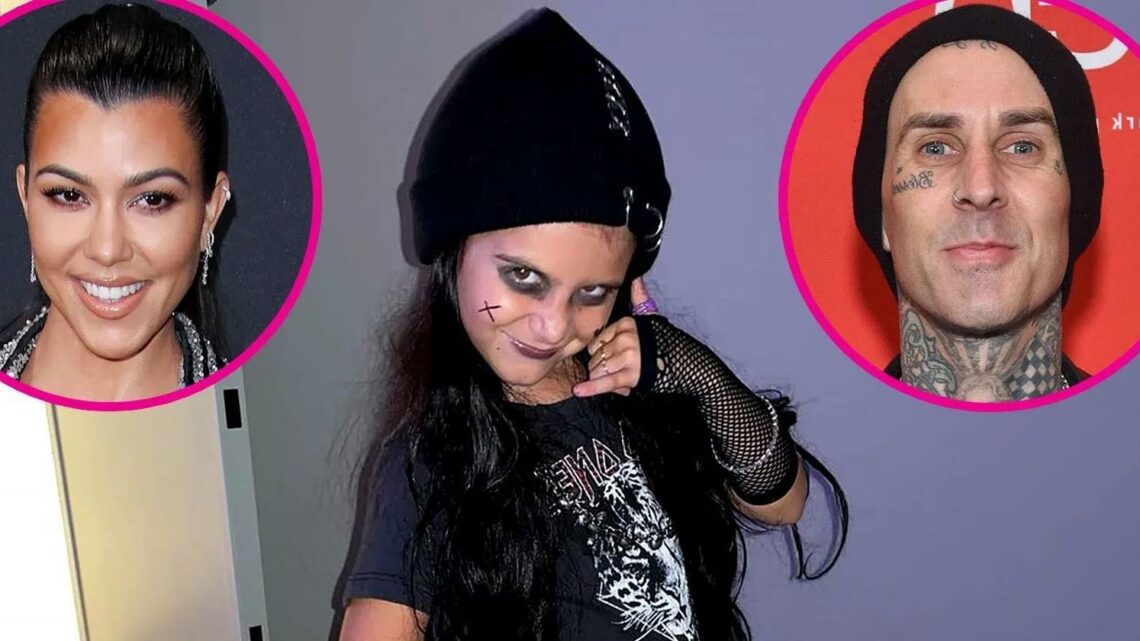 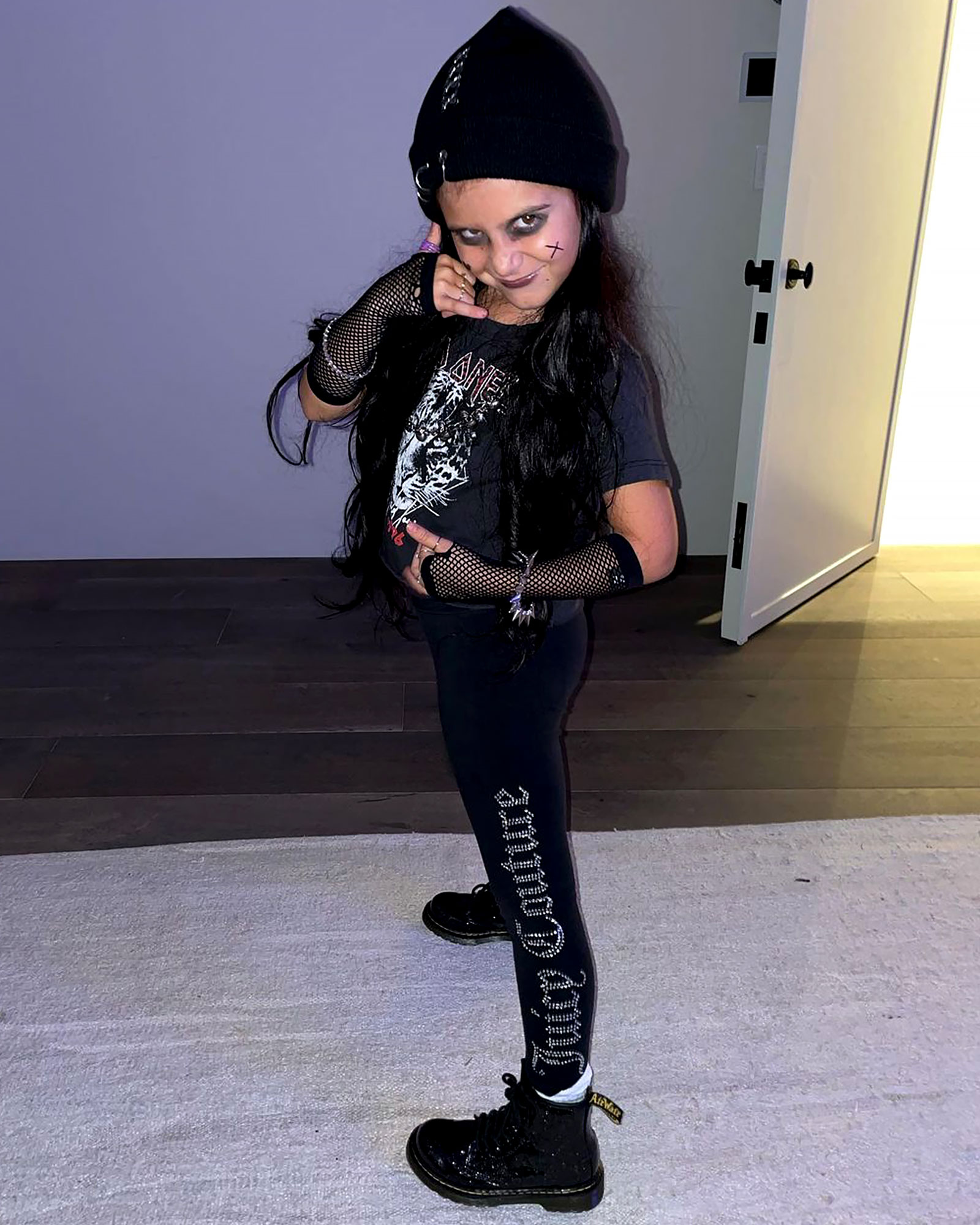 The Poosh creator, 42, posted two Instagram photos of the little one posing in a black beanie, a matching tee, Juicy Couture tights and Dr. Marten boots on Sunday, October 3. Penelope accessorized her look with fishnet gloves and temporary face tattoos.

“Rockstar,” Kardashian’s boyfriend, Travis Barker, commented on the social media upload, which was captioned with a black heart, spider and bat emojis.

The Keeping Up With the Kardashians alum, who also shares sons Mason, 11, and Reign, 6, with Disick, 38, went public with the Blink-182 member, 45, in January. The musician has a close relationship with Penelope, even buying her a personalized pink drum set for her birthday in July.

Kourtney Kardashian and Travis Barker Bond With Each Other’s Kids

Two months later, the drummer told Nylon that he is trying not to “be pushy” while teaching Penelope to play.

“[I’m] like, ‘Oh, do you want to learn to play something?’” the California native told the magazine in September. “And she’s always bright-eyed and like, ‘Yes, like I’m so excited to learn how to play.’ So she caught on really quick, like super quick. Not weekly, like, ‘OK, Penelope, we have to do lessons today.’ But when she wants to learn then, or learn something new, I like being there to fill that little space, that creative space in her head. I think next, she’s just going to record something at the studio.”

Kardashian has also bonded with Barker and his ex-wife Shanna Moakler’s kids — Landon, 17, and Alabama, 15 — as well as his stepdaughter, Atiana, 22.

Moakler, 46, for her part, exclusively told Us Weekly in May that the Kardashian-Jenner family has “put a wedge” between herself and her kids, explaining, “The Kardashians are buying my kids Prada every other day. They’re going on lavish trips. They’re doing all these things.”

Everything the Kardashian-Jenner Sisters Have Said About Coparenting

As for Disick, the Talentless creator’s friendship with Kardashian is “nonexistent” at the moment, besides coparenting. “What’s really got him riled up is the effect Travis and Kourtney’s relationship is having on his relationship with Kourtney,” a source told Us last month. “It’s more strained than ever.”

“This breakup was coming regardless,” an insider told Us in September. “They’re both taking it in stride.”