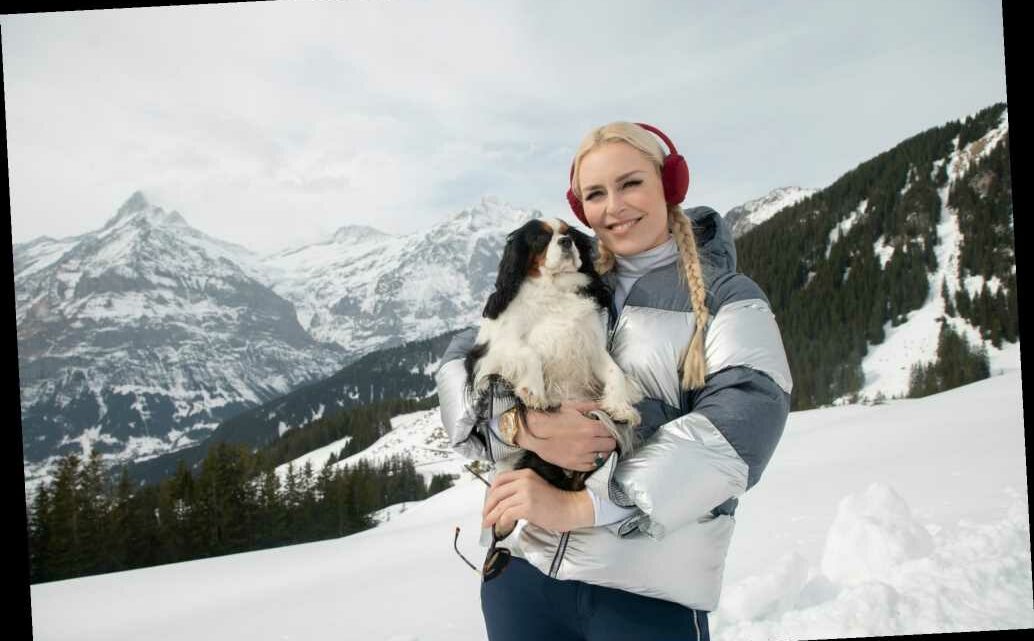 To Lindsey Vonn, her pups are family — and she wants them to take part in her big day!

The Olympic gold medalist, 35, who's engaged to hockey star P.K. Subban, tells PEOPLE that her eventual wedding ceremony will likely feature her three dogs, Lucy, Leo and Bear in some sort of key capacity.

If she can wrangle them all to focus on the nuptials, that is.

"I actually think my dogs will be part of the ceremony," says Vonn. "I was thinking maybe they could bring the rings down or something. But that would require them to actually do what they're told! Lucy would, but the other two I'm not so sure."

Lucy, the most cooperative of the pet trio, traveled around the world with her athlete mom for The Pack, a reality competition series coming soon to Amazon Prime Video. Vonn hosts the show, which features 12 dog-and-human pairs competing for a $500,000 prize, plus a $250,000 donation to a charity of the winning duo's choice. The show's challenges are designed to test each owner's deep understanding of their dog, so the pair with the strongest bond wins.

"This was just a really cool adventure. I'm really excited for people to see it," she says of The Pack, which was filmed across eight countries earlier this year and already donated $250,000 during filming to multiple charities and animal rescue organizations in each country visited for the show.

"They're all adorable dogs," she says of The Pack's lineup of animal competitors. "There's pretty much, from A to Z, there are all the different kinds of dogs, and they all have different skills and personalities. It's really cool to watch them grow and learn throughout the course of the show."

I traveled the world for skiing… and now for our new show The Pack. Thankful to everyone who believed in me and who helped make this show a reality. This was the new challenge I was looking for and I couldn’t be happier 🙏🏻🙌🏻 #thepack

While making the show, Vonn — who admitted that she was moved to tears by the first episode alone — learned more about her own tight-knit bond with Lucy, Bear, and Leo, who was her first dog, adopted after she suffered a knee injury in January 2014.

"I've kind of leaned on my dogs in a lot of ways for support, through my injuries and with my traveling and everything," she says. "This show was such a great opportunity because if you're an animal person — especially us dog people — you're obsessed with your dogs."

Bear and Leo recently found themselves in a tangle with a porcupine at their new home in Utah. The frightening quill-filled aftermath was documented by Vonn on Instagram last month, with the skier assuring they're doing better now — even if their pride is a tad deflated.

"They picked up a porcupine scent and I opened the door and they sprinted away. They were on their little adventure for a while, but thankfully a neighbor found them," recalls Vonn. "They were worse for wear — they definitely were not happy about their decision to try to play with a porcupine."

"They're not super happy right now," she adds with a laugh. "They're boys, they're going to get into trouble. I just have to keep a closer eye on them. I need to keep them on a tighter leash, so to speak."

As for Lucy, Vonn jokes she has to be sure to maintain the dog's humility amid her newfound TV star fame.

"Lucy is gonna be a huge diva after this — I'm worried that her head's going to get really big and her Instagram account's gonna blow up," Vonn says. "But I'll do my best to keep her feet on the ground!"