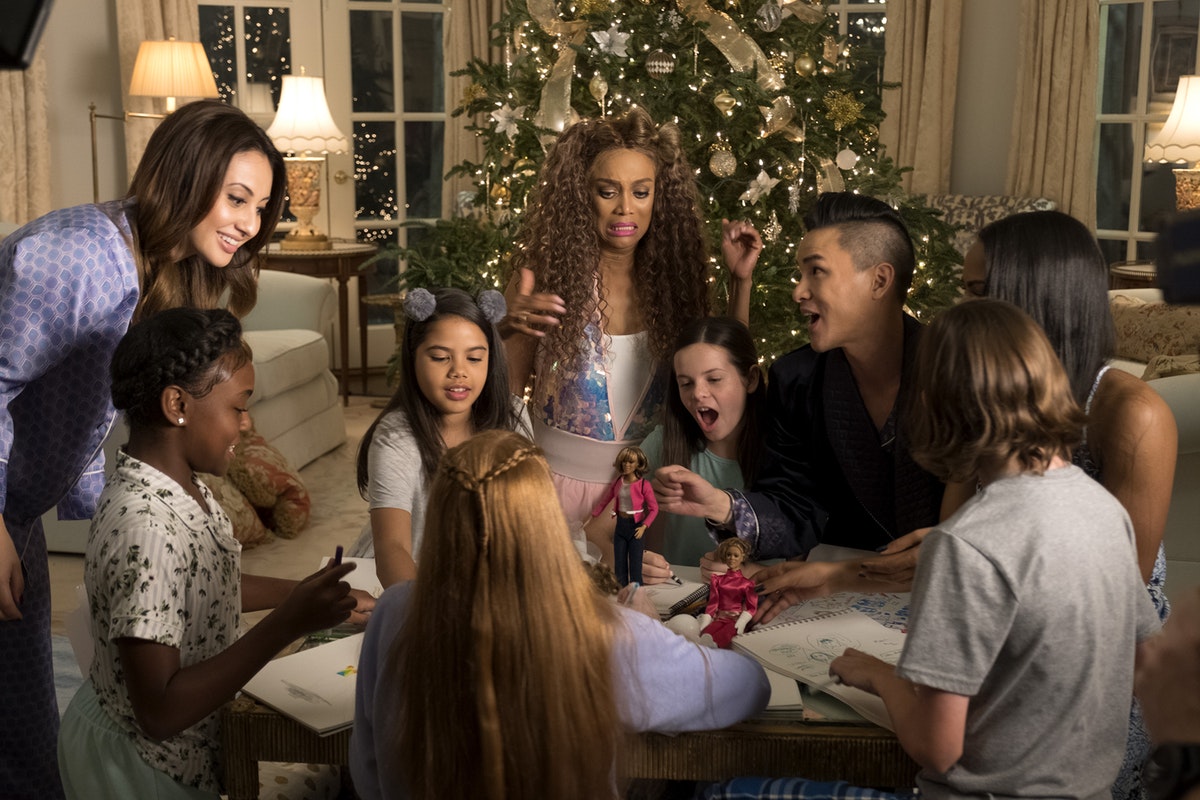 Most people would probably agree that 2018 has been a difficult year — one that’s hard to reflect on positively, one that lowered many’s faith in humanity. But somehow, in a pleasantly surprising turn of events, Life-Size 2: A Christmas Eve brings the good to light. If you thought the movie would be just a cutesy story capitalizing on TV’s sudden reboot surge, well, you’d be mistaken. It’s the perfect cross between relevancy and nostalgia, repurposing a 2000s favorite as a woke — albeit cheesy — holiday comedy.

The film once again sees Eve the doll come to life, but this time, she does so to save a failing toy company — and the dispirited 20-something, Grace Martin (Francia Raisa), who’s been left to run it while her mom is in prison. You may have been disappointed to learn star Lindsay Lohan won’t be appearing, but rest assured that you forget about Casey Stuart’s absence as soon as you begin fielding the dizzying stream of pop culture and current event references Life-Size hurls at you. Some of them are seriously cringe-worthy and excessive, but at most of them, you can’t help but laugh.

At first, the 2018 shoutouts are few and far between. A frantic Eve runs into Lil Yachty (!!!) as a beatboxer on the street corner and casually tries to join in by blurting a bunch of babyish mouth sounds. She then proceeds to tip him with a bill from Sunnyvale Bank, and Yachty is not impressed. Yes, that same exaggerated innocence and charm that Banks brought to the original movie remains, and it’s just as endearing and enjoyable this time around. ("Listen up everybody," she says as she follows Grace into a bar advertising bottomless mimosas. "Who is mimosa and where are your bottoms young lady?!") 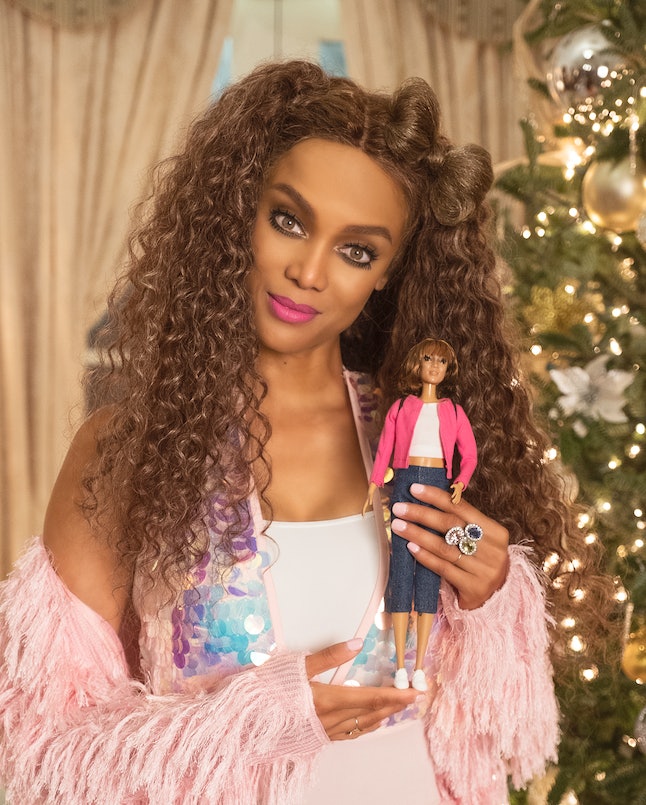 The film tackles more substantive issues, too. Amid an entertainment industry demanding more representation, Life-Size 2 carries its weight. Not only is the main cast comprised almost entirely of people of color, it also attempts to normalize queer relationships. One of Grace’s best friends is a gay man, and while he borders on being the token G.B.F., he is depicted in a happy relationship with another man without making it A Thing. Also, when Grace is surprised by Eve’s resurrection, she wakes up next to her after a night out and automatically assumes they hooked up. "Did we…?" she starts to ask Eve as she opens her eyes. "Am I your first girl?"

After that, the shoutouts come flooding in. Grace calls a group of young kids "little thots" — an extremely 2018 slang term — and, on a more serious note, shouts out the #MeToo movement when Eve tries to get her to sit on Santa’s lap. "A lot has changed this past year," Grace explains. "There’s been an entire movement that suggests two women sitting on a powerful man’s lap as he offers them gifts while shouting ‘Ho ho ho ho’ is not exactly P.C." The only jab that’s missing is a Trump joke or a more specific reference to politics, but perhaps that was where writers drew the line. 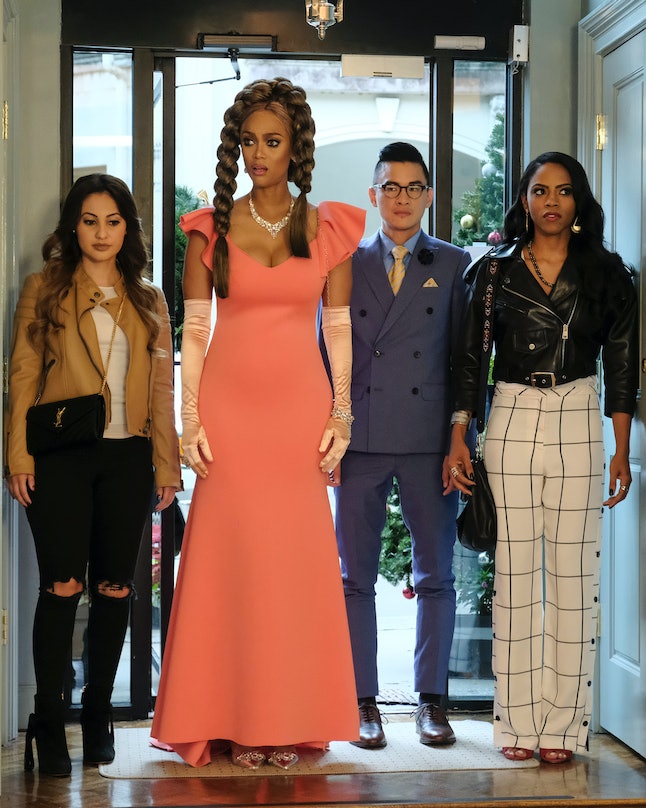 What’s not missing, though, is flossing children (not the dental hygiene practice, but the Instagram dance move), mention of the viral online market killing the toy industry, "YouTube slime videos," and tweens eating sushi and poke bowls. Oh, and symbols of female empowerment. There are lots of those — especially toward the end.

Eve isn’t just on a mission to save the Eve doll line and her hometown of Sunnyvale, she’s on a mission to empower Grace — and everyone else who plays with the dolls — to be the "badass boss lady" she knows she is deep down. In order to accomplish that mission, she works with Grace and a group of kids to rebrand Eve’s persona from a limiting six-outfit wardrobe (including Beauty Pageant Eve and Bridal Eve) to an Eve who "builds confidence and teaches tolerance." 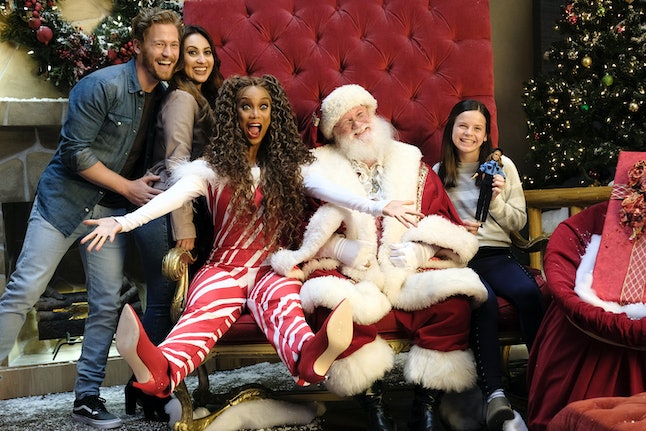 Of course, while Grace is preparing to save the company with the Eve rebrand, her fellow executive Marathon Toys board members vote to force her resignation. But when the new CEO tries to pitch a line of video game apps at a company summit, Grace steps onstage and physically takes the microphone from him without hesitation. "I have some things to say," she proclaims before revealing the lineup of dolls that make up Eve 2.0.

Those dolls include Woke Eve, Love is Love Eve, Curvalicious Eve, Quarterback Eve, and CEO Eve, and they aren’t just toys. They inspire kids to be "unapologetically proud of who they are." With that, and a pretty terrible but forgivable lip sync to the remix of the original Eve doll jingle, real-life Eve must use her magic to return to Sunnyvale. Mission accomplished.

"Sunnyvale needs me," she says to Grace before saying goodbye. Meanwhile, the new Eve dolls are already on missions of their own. Woke Eve wants to "stage a march at the capital," and Love is Love Eve is tending to a little girl in Arkansas with a broken heart, telling her that although it doesn’t seem like it, it will get better. "What you have done is truly magical," Eve tells Grace with a smile. Then she disappears into a familiar shiny haze.

So while 2018 may not feel magical in actuality, Life-Size 2 serves as a (sometimes silly) reminder that there was at least a touch of magic in it. It’s just a little hard to see through — not unlike Eve’s haze of glitter.

Day-night Test cricket may not be the sport’s saviour: players’ chief