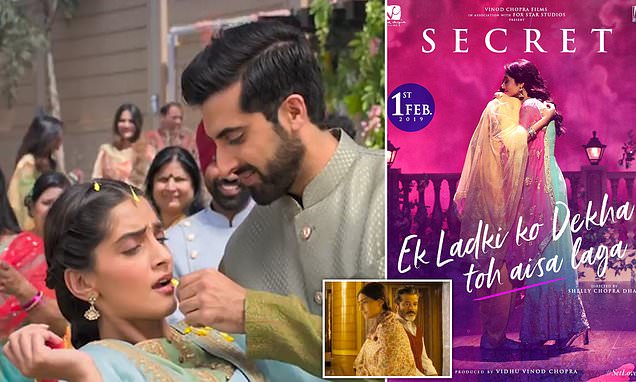 ‘What a time to be alive!’ Bollywood fans are delighted as ground-breaking film featuring a lesbian love story and written by a transgender woman premieres in India and the UK

A Bollywood movie about a family accepting their daughter as gay has been hailed for pushing the boundaries of cinema in socially conservative India.

It comes after the country’s Supreme Court scrapped a colonial-era ban on homosexuality in September, sparking wild celebrations amongst India’s LGBT community.

‘Ek Ladki Ko Dekha Toh Aisa Laga’ (How I Felt When I Saw A Girl) is being lauded as the first mainstream Indian film to show parents dealing with their daughter being in a same-sex relationship. 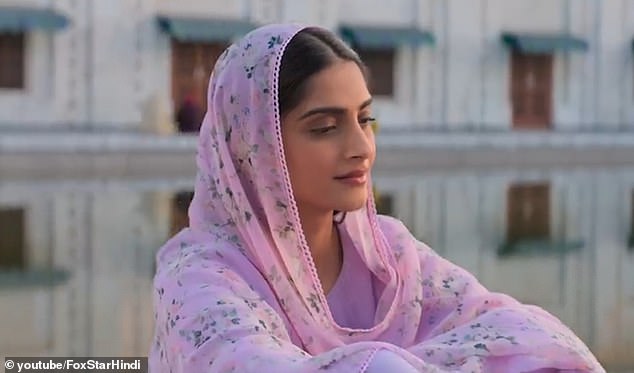 It was written by trans screenwrite Gazal Dhaliwal. ‘I started writing this film 26 months back,’ she wrote on Twitter. ‘So, you might say it was two years in the making. But I would say it was several decades in the making.’

The Hindi-language drama, which was released in India and the UK today, sees veteran actor Anil Kapoor star alongside his real-life daughter, Sonam Kapoor.

Kapoor, 62, plays the role of a father in a family which is eagerly trying to get his daughter Sweety – played by Sonam – married.

But she is in love with a woman and the movie centres on her grappling with how to tell her family, while fearing they won’t accept the relationship. 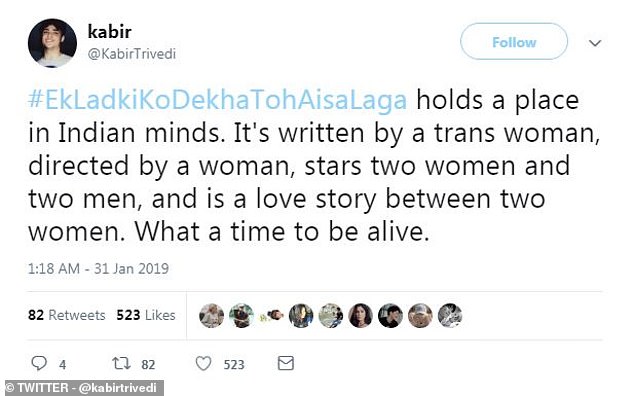 Some people were quick to point that Ek Ladki was groundbreaking on a lot of levels, being directed by a woman, written by a trans woman and having two leading ladies 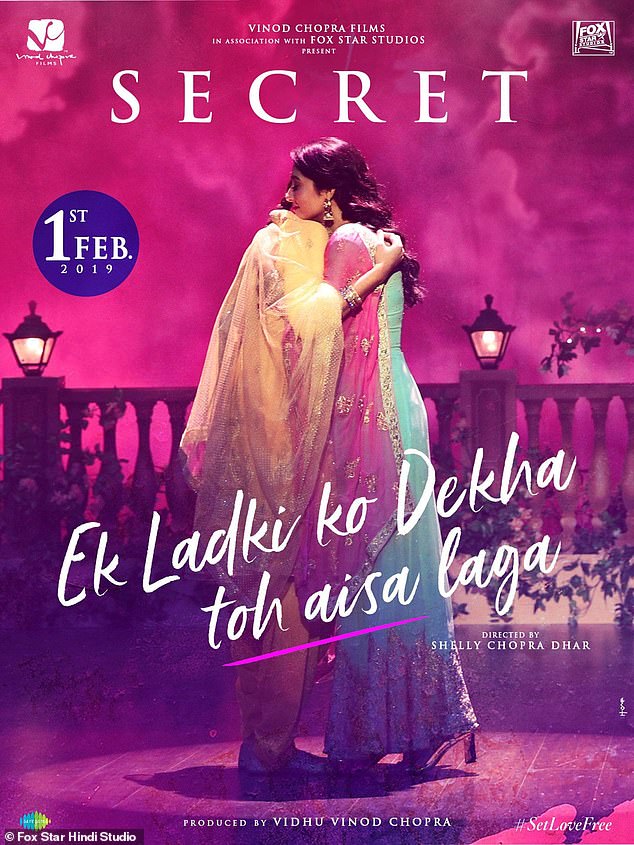 ‘Looks like such a beautiful and heartfelt film… more power for pushing boundaries,’ filmmaker Karan Johar posted on Twitter.

‘Such a difficult subject handled with so much dignity n restraint… wishing All the very best to its cast n crew!! Its an important film first of its kind…’ tweeted director Farah Khan.

Mumbai-based Bollywood doesn’t have a good track record when it comes to portraying homosexuality.

Many movies over the years have even mocked gay characters, sometimes making them the target of jokes. But several films have dealt with the subject sensitively, such as ‘Kapoor and Sons’ and ‘Aligarh’. 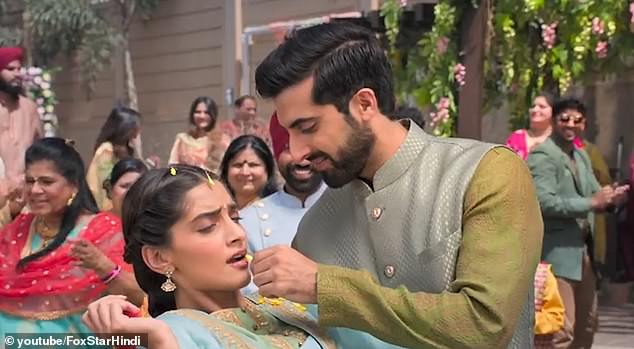 ‘Fire’ was widely considered to be the first mainstream Hindi movie to feature a gay relationship.

The film centred on two women in unhappy marriages who have a sexual relationship. When the movie was released in India in 1998 Hindu extremists attacked cinemas showing it.

‘We do hope that this (film) breaks paradigms for many people and we realise that the dignity of all human beings is exactly the same and (that) love is love,’ she said. 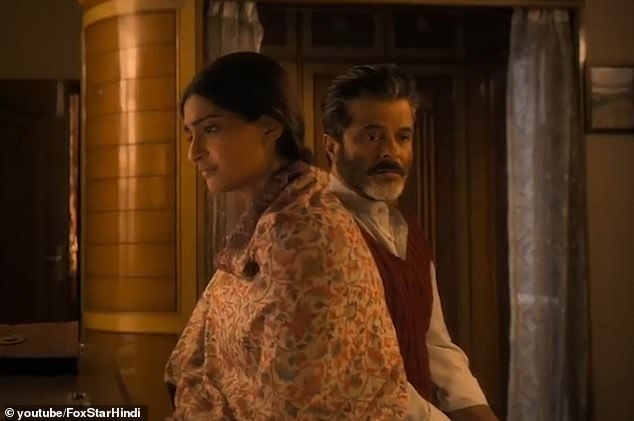 The movie has so far received a mixed response from critics. A Scroll.in review praised its ‘bold theme’ but said it was ‘undercut by its timidity’.

Shubhra Gupta, writing in the Indian Express newspaper, lauded ‘a progressive film’ but questioned why it showed women being free ‘only after getting male approval and help’.

Promoters kept the nature of the movie’s romance under wraps for fear of putting off some audiences, but did release a few hints including the official hashtag #SetLoveFree.

The trailer released last month gave little away – it could have been any Bollywood romance for the most part – but did include a short clip of Sonam Kapoor’s character holding hands with a woman.

On Friday, adverts taken out in newspapers hinted more at what was to come with the headline: ‘Today is the day of acceptance’.

The actors themselves remained tight-lipped ahead of the film hitting screens, with Sonam Kapoor telling AFP simply: ‘It’s about family and acceptance, for who the person is, for their dreams, caste, religion or sexuality, is so important’. 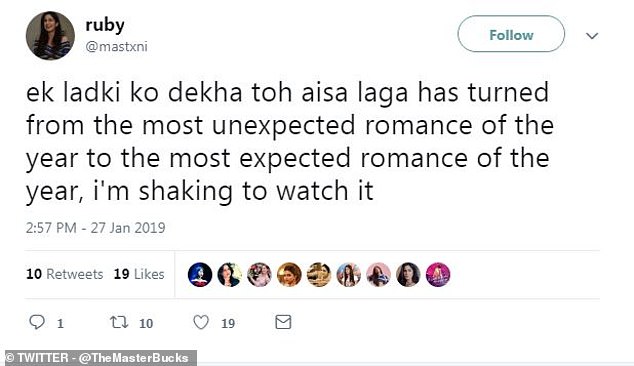 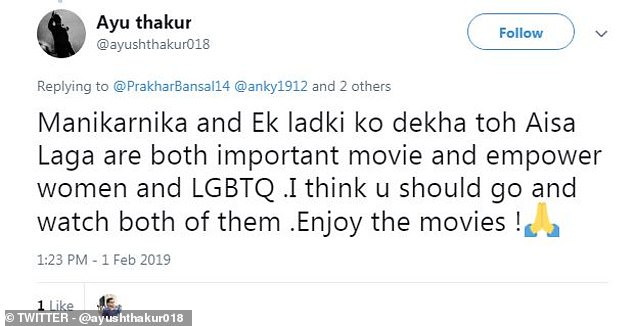 Some users could barely contain their excitement to see the movie, which comes out today in theaters across India and the UK