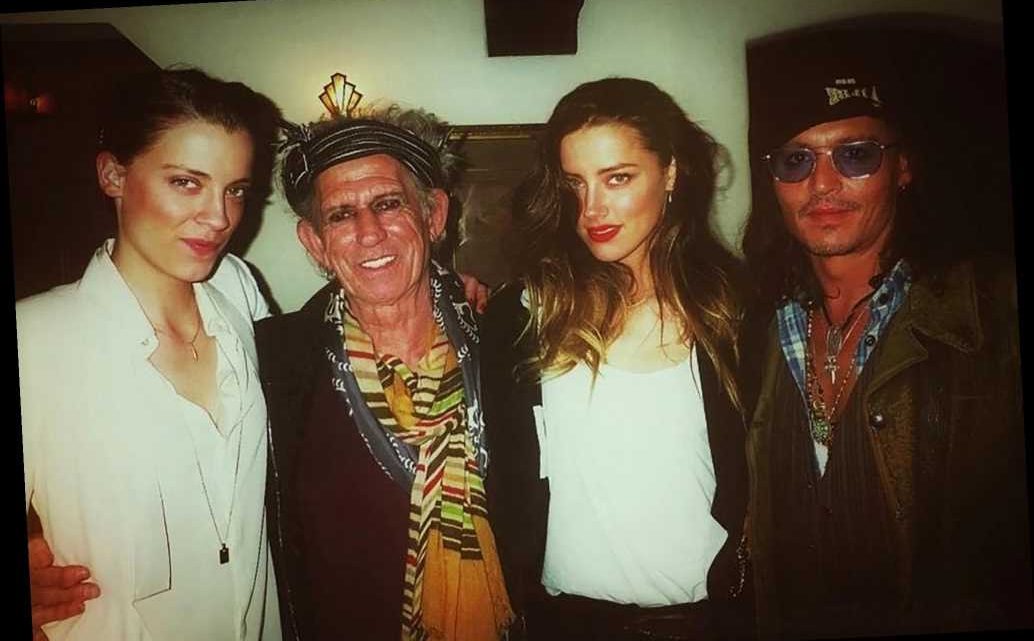 A photo of Amber Heard with Johnny Depp and Rolling Stones guitarist Keith Richards was submitted to a London court Tuesday — to try to prove the actress was lying about a supposed beating she got from the actor.

“Do you agree that there is absolutely no injury on your face in this photo?” Depp’s lawyer, Eleanor Laws, asked Heard — who was on the witness stand for her second straight day of testimony in Depp’s sensational libel case against a British tabloid.

The “Aquaman” actress — who is smiling as she stands between Depp and Richards, with her lookalike younger sister Whitney on the rocker’s other side, in the snapshot — has said she was assaulted by the actor the night before the March 2013 photo.

Heard at first told Depp’s lawyer Tuesday that she couldn’t tell from the photograph whether it showed her injuries, then added, “It looks like my lip was slightly swollen.”

Laws asked, “Does this photo show you before or after you were hit by Mr Depp?”

Heard shot back, “Which time? There were a lot of incidents in March.”

Depp is suing The Sun for referring to him as a “wife beater” in a 2018 headline based on Heard’s claims he repeatedly assaulted her throughout their relationship. Depp denies ever hitting Heard.

Lockdown-free Sweden could see up to 5,800 more coronavirus deaths