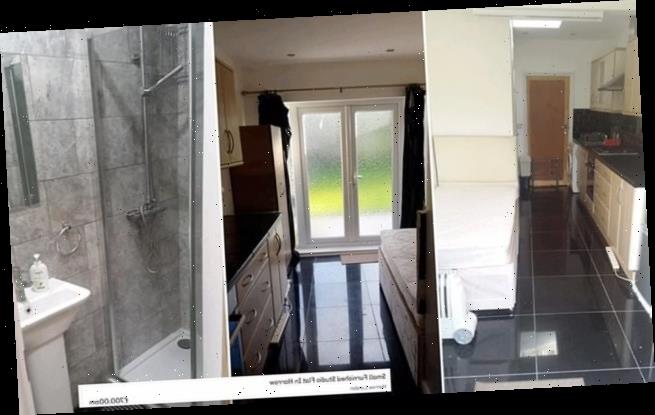 A writer who’s best known for spotting the worst properties available to rent in the capital, has accused a landlord of offering a single bed in a kitchen as a furnished studio flat in Harrow.

Vice writer Joel Golby, spotted a ‘small furnished studio flat’ listed on Gumtree and raised the possibility that the property is simply a kitchen inside someone else’s apartment, pointing to the listing that reads: ‘All bills and WiFi is included. There is also a separate entrance’.

He also noticed firedoor at one end of the apartment, saying: ‘You’ll see that this is actually the kitchen to someone else’s flat (that they have access to via the firedoor), and you are sleeping in it.

The £700pcm studio flat is advertised as being suitable for one, preferably an Asian person who is vegetarian, with electrical appliances such as a microwave, kettle, small fridge and washing machine included. 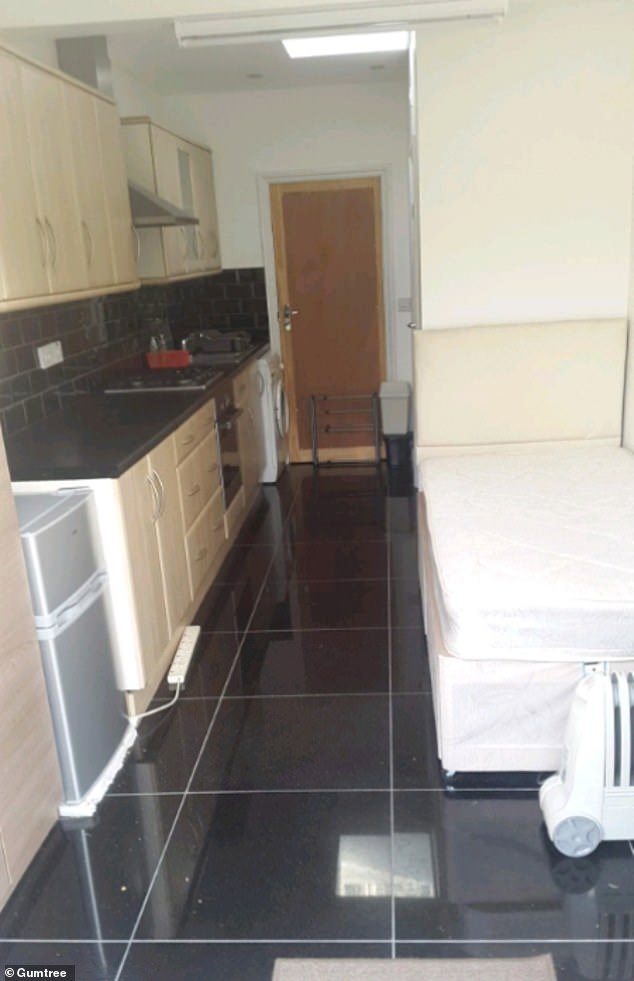 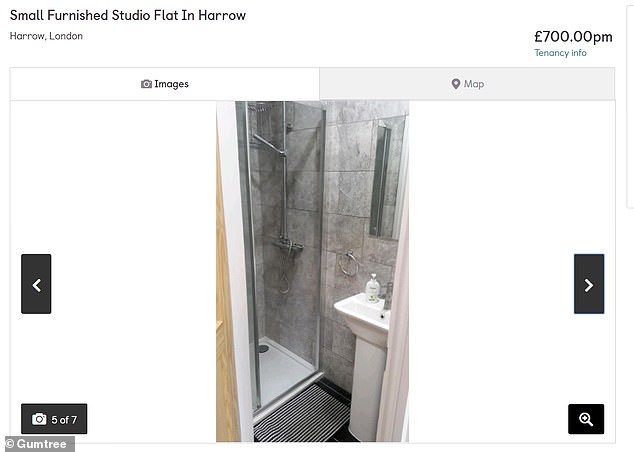 Located within walking distance of Harrow and Wealdstone station, the landlord listed the property six days ago in the hopes of finding a tenant in under two weeks.

The individual explained that supermarkets are a short five minutes walk away, and a number of bus routes serve the area.

A photograph of the property shows that the tenant would seemingly be entering through a back door, as the landlord lists ‘Everything is clean and dusted. All bills and WiFi is included. There is also a separate entrance.’

A narrow wardrobe has been strategically placed next to the door, alongside a small fridge to maximise use of the limited space. 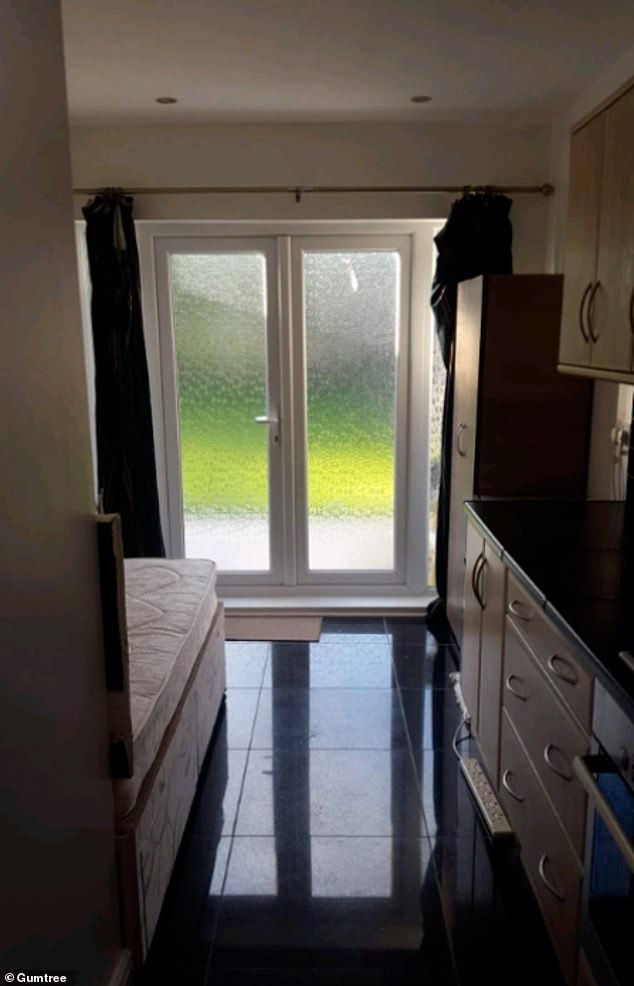 The landlord explained that the property (pictured) is best suited to one tenant, specifying they would prefer an Asian person who is vegetarian 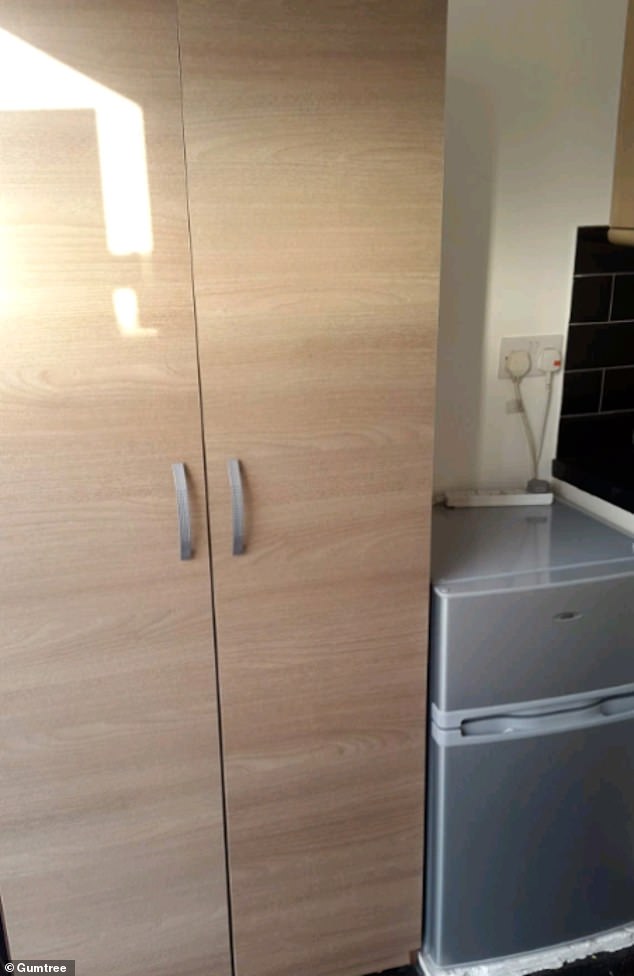 The property features a range of electrical appliances including a small fridge (pictured), oven, gas cooker and microwave

Elsewhere, the property has a number of kitchen cupboards and an oven with a gas stove.

Seemingly equipped with the bare necessities, the flat lacks space for a television, home office space or even to hang a mirror.

The landlord listed that it’s possible to swap the single bed for a double, however based on the limited space photographed and without a floor plan provided it’s unclear if there would be any floor space left.

A snap of the bathroom shows a narrow shower space and a small sink. 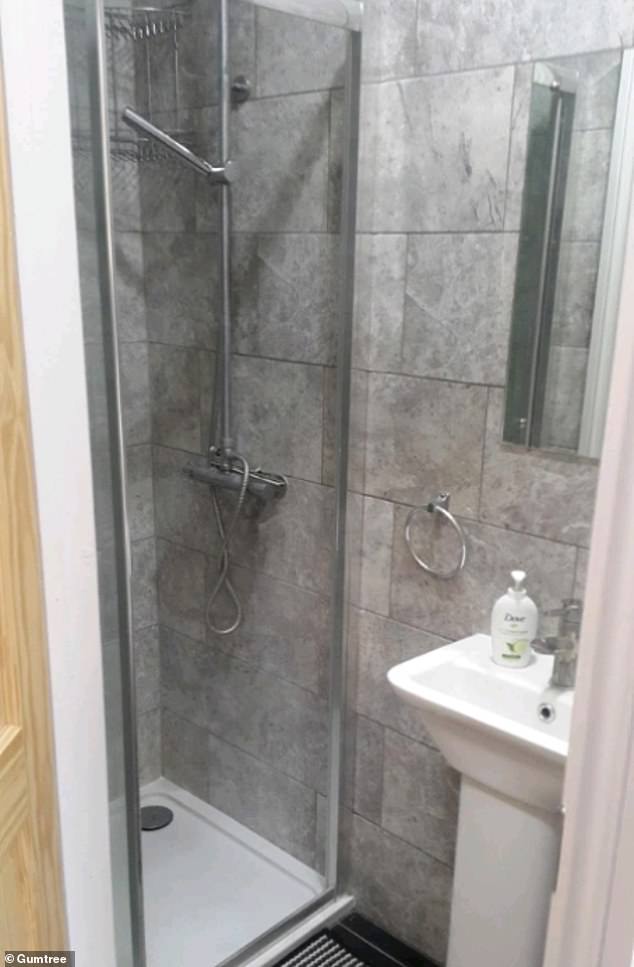 A photo of the bathroom (pictured) shows a narrow shower space and a small sink, however there doesn’t seem to be any storage cabinets