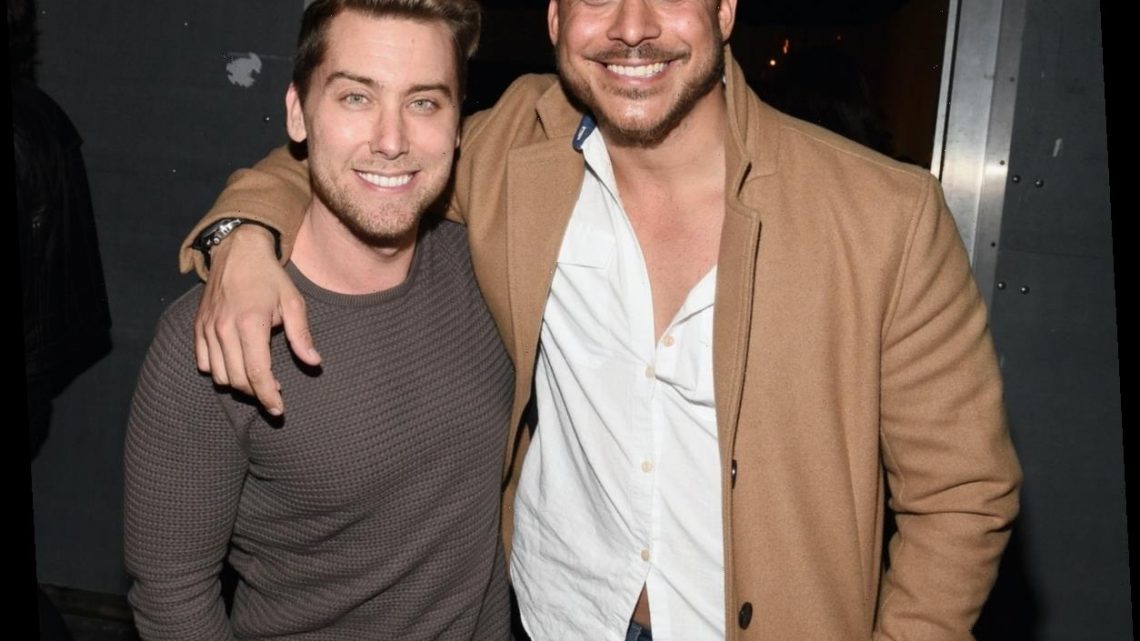 The Vanderpump Rules cast is starting to feel a little thin, and it might be getting even smaller very, very soon. Lance Bass thinks Jax Taylor will be fired from Vanderpump Rules next, following the recent firings of his co-stars Stassi Schroeder and Kristen Doute. Bravo announced that Schroeder and Doute would not be returning to the show after a 2018 incident, when they falsely accused former Black co-star Faith Stowers of committing theft, resurfaced. Max Boyens and Brett Caprioni were also let go for their past racist tweets.

The *NSYNC alum, who is a close friend of Taylor’s boss Lisa Vanderpump and even officiated his wedding to Brittany Cartwright, made the comments on the June 15 episode of his podcast The Daily Popcast. "He will lose out," Bass said, as per E! News. "I do not see Bravo keeping him. I have a feeling soon, it’s gonna be done because this will get bigger and bigger."

Since the firings, many fans have been campaigning online for Taylor to be let go from the show for his own history of problematic actions, garnering nearly 5,000 signatures on a Change.org petition. The claims against him include a 2017 tweet, in which Taylor accused Stowers of being "wanted by the police for grand theft auto." He has also been accused of refusing to film with former co-star Billie Lee, who is transgender, has made bi-phobic remarks on co-star Ariana Madix’s sexuality, and also made a racially insensitive comment about 90 Day Fiancé star Jay Smith, which Bass said he had a talk with Taylor about.

"I feel like I’m the only person that he actually heard it from because he was like, ‘I don’t understand this big nose thing,’" Bass recalled. "He goes, ‘Jewish people have big noses!’ Well yeah, you can’t make fun of Jewish people or Black people for their nose."

During the episode, Bass also claimed that Taylor was "stepping down" from Just Add X, a drink mixer company they recently launched together. "It’s gonna cost him everything," he said. "We can’t be involved and associated with any of this going down. We have to do the right thing." This drew ire from Taylor, whose rep said Bass’ remarks were false. "It was decided that Jax would continue to stay on the team and that they all had his back given these unpredictable times," his rep told E! News. "The statements from Lance on the podcast today are not only untrue but also extremely confusing and shocking to say the least."

But despite those comments from Taylor’s rep, it looks like Bass has moved on from Taylor. He even appeared to urge Andy Cohen to use his influence to have Taylor fired from Pump Rules. "Andy, you’re the face of Bravo, dude," he said. "You can make a lot of things happen. And if you can’t make it happen, at least make it known in public that, ‘Look guys, I talked to Bravo and I don’t agree with them. I can’t do change. But just letting you know, I hear you.’ Again, you gotta fall on the sword and admit that you’re wrong." Neither Bravo nor Cohen have responded to Bass’ remarks or viewers’ concerns about Taylor.