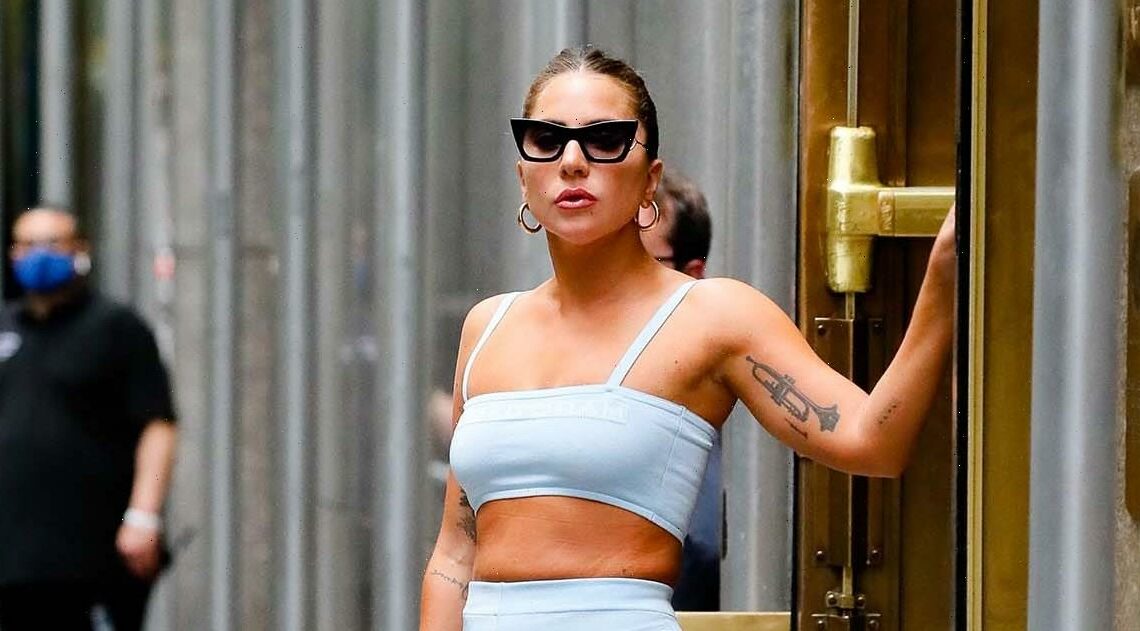 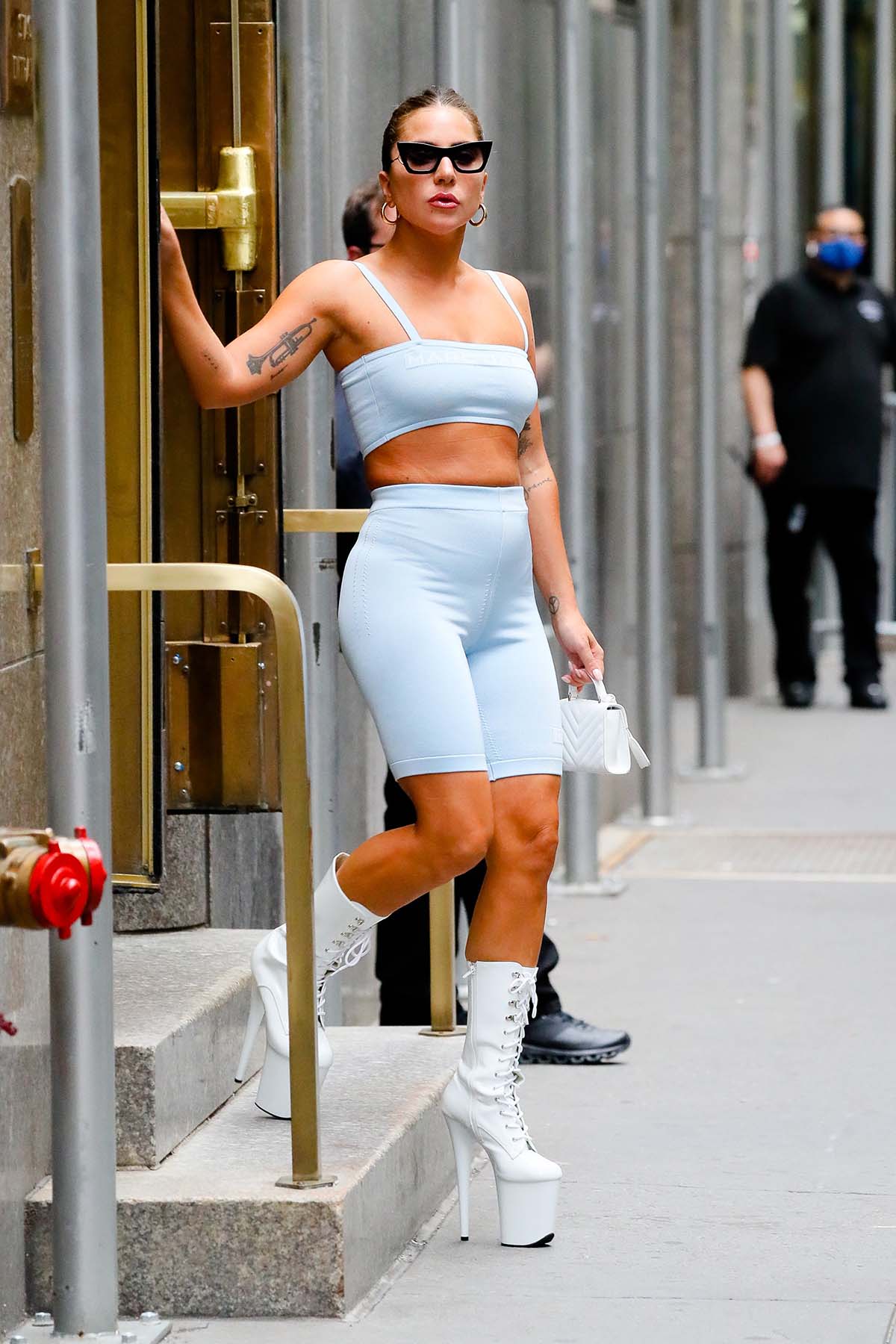 Superwoman! Lady Gaga not only has the ability to walk in 8-inch heels with ease, but she’s also some how managed to look ridiculously chic in said platforms while wearing athleisure.

The 35-year-old singer stepped out on Thursday, August 5, wearing a pastel blue bandeau top and bike shorts from Marc Jacobs and white lace up platform boots from Pleaser.

While sneakers may have been more sensible, the A Star is Born actress takes her accessory game very seriously. Aside from her insanely tall heels, she accessorized the rest of her ensemble with Dita sunglasses, Jennifer Fisher gold hoops and a white mini bag by Mark Cross.

The House of Gucci star rocked this ~ interesting ~ outfit on her way to Radio City Music Hall, where she’s rehearsing for her One Last Time: An Evening with Tony Bennett & Lady Gaga performance.

Gaga has been in New York City getting ready for the show over the past few days, and her fashion — and shoe choice — continues to impress.

She’s stunned in everything from Jean Paul Gaultier pinstripe suits to 9-inch Please Platform boots and Lanvin dresses. And fans obviously can’t get enough, many questioning how the singer manages to get around in her heels.

“The fact that lady gaga walks in those heels without hesitation is awe inspiring,” a mesmerized fan tweeted. Another person said, “Platform heels are ugly unless you’re lady gaga and you’re wearing 10 inches.”

While the fashion is certainly one of the main focuses from Gaga’s New York City stint, her trip to the Big Apple is also a way to celebrate Tony Bennett’s 95th birthday.

The two have teamed up to perform multiple concerts, the first of which occurred on Tuesday, August 3, and the second of which will be held on Thursday, August 5.

Even though the concert series was marketed as Bennett’s final performance, fans can expect to hear the duo perform once more, as they’ll be releasing their second album together in October.

“The day we released ‘Cheek to Cheek’ in 2014, @itstonybennett called me and asked me if I wanted to record another album with him, this time celebrating the songs of Cole Porter,” the “Poker Face” singer captioned her Instagram post earlier this week. “I’m always honored to sing with my friend Tony, so of course I accepted the invitation.”

She continued: “Today, I am so excited to announce that our new album ‘Love for Sale’ will be released October 1. You can pre-order the album and listen to our first single ‘I Get a Kick Out of You’ everywhere now.”

Britons back jabs for the over 12s