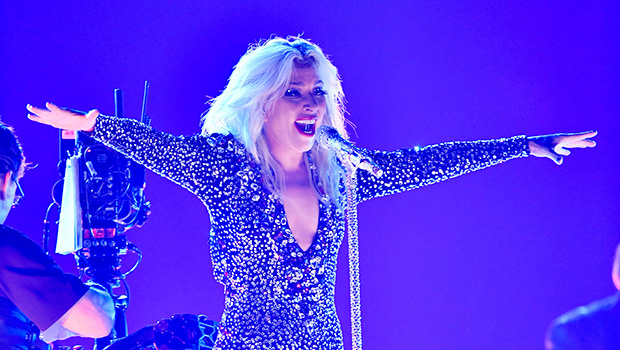 Lady Gaga Slays With Powerful Rendition Of ‘Shallow’ At The Grammys

Does anyone else have chills? Lady Gaga hit the stage with Mark Ronson to perform a gorgeous rendition of ‘Shallow’ from ‘A Star Is Born.’ Lady Gaga’s vocals are just INSANE!

Lady Gaga, 32, took the 2019 Grammys to a whole new level with her performance of “Shallow” from A Star Is Born. The singer dazzled in a plunging jeweled jumpsuit and rocked out to the hit song with Mark Ronson and Andrew Wyatt. Her voice sounded absolutely amazing. When she hit those high notes, everyone got goosebumps. Lady Gaga performed the vocals solo since co-star Bradley Cooper was in the UK at the BAFTAs. Prior to her performance, Lady Gaga had already won Grammys for Best Pop Solo Performance, Best Pop Duo/Group Performance, and Best Song Written for Visual Media.

Ahead of the show, The Recording Academy announced that Lady Gaga won Best Pop Solo Performance for “Joanne (Where Do You Think You’re Goin’?) and Best Song Written for Visual Media for “Shallow.” The singer was overwhelmed with emotions after those epic wins. “I’m not gonna be able to wear any makeup tonight. We just won our first of Grammy nominations for the night. I’m in tears with honor and gratitude…” she tweeted after her win for A Star Is Born was announced.

She later tweeted: “A Grammy for Joanne is more than me & my family could ever dream of. I sang that version in one take, & poured my entire life & soul into it. Thank you so much for this gift I am completely shocked. 2nd Grammy win of the night I am so overwhelmed by this kindness.”

Just hours before her big Grammy wins, Lady Gaga won the Original Music award at the 2019 BAFTAs with her A Star Is Born director and co-star Bradley and musical consultant Lukas Nelson. A Star Is Born has completely sweeped the music categories at the big awards shows, including the Golden Globes and Critics’ Choice Awards. The song is also nominated for an Oscar — Best Original. The movie nabbed 8 Oscar nominations, including Best Actress for Lady Gaga, Best Actor for Bradley, and Best Picture.