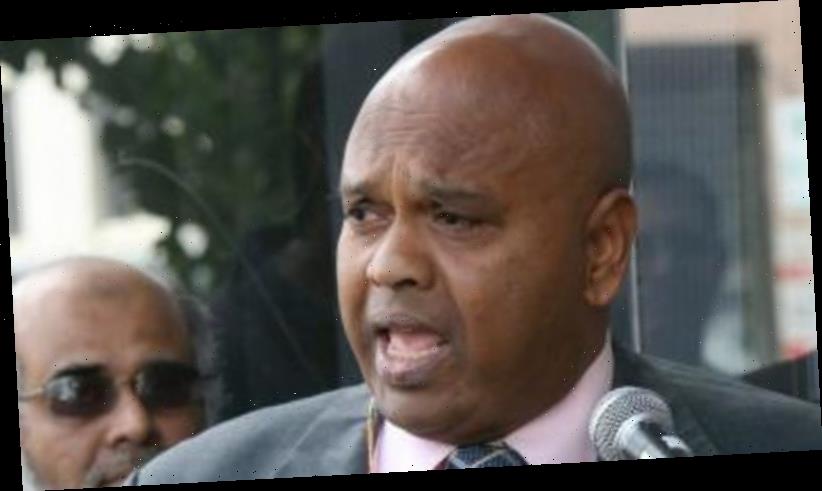 Former long-time Labor MP Jude Perera has agreed that an allegedly corrupt developer pushing for a $150 million land rezoning had written a submission in his name in support of the planning change, and had used his electorate office as a base to lobby the Andrews government.

Counsel assisting the state’s anti-corruption commission put it to Mr Perera on Thursday that allowing the developer to write the submission in his name was “spectacularly inappropriate”. 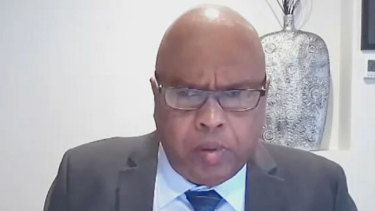 Former Labor MP for the seat of Cranbourne, Jude Perera, appears before IBAC on Thursday.Credit:IBAC

Mr Perera, the former MP for the electorate of Cranbourne, told the commission that allegedly corrupt developer John Woodman had “created public opinion” in support of the rezoning, and then threatened to turn local residents against the Andrews government unless it backed the change.

Mr Perera was Labor’s member for Cranbourne from 2002 until his retirement in 2018, though never in that time more than a backbencher. He accepted $27,000 in campaign donations from Mr Woodman as he pushed from early 2014 for the rezoning of the Cranbourne West land from industrial to residential.

Central to the investigation is the proposed rezoning, which would have generated a windfall of up to $150 million for Mr Woodman and associates and his client, landowner Leighton. The rezoning was derailed by an investigation by The Sunday Age in late 2018.

But Mr Perera has admitted that his office was used by Mr Woodman as a conduit to Planning Minister Richard Wynne in a bid to convince him to rezone the land.

As part of the campaign, Mr Woodman and his planning lawyer Megan Schutz helped create a fake residents' group which was in fact funded by land owner Leighton. That group then pressured Mr Perera, as the local MP to back their plan.

The “astroturfing” strategy – by which a developer’s agenda is made to look like a grassroots campaign – involved developer Leighton covering the cost of the group’s website, sign­age and letterbox drops, as well as paying a barrister to represent the group before a planning hearing. 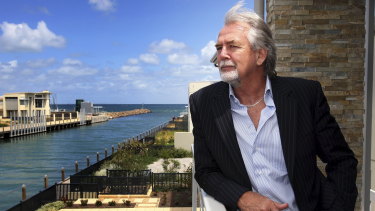 IBAC heard that Mr Wynne had visited the site with Mr Perera while in the process of deciding whether to rezone it. Having seen a string of professionally printed and expensive-to-produce signage demanding the land be rezoned residential, Mr Wynne made a wry inquiry into who had paid for the signs.

“I vaguely remember his making a mockery of that because we both hold the view that residents would not fund something like that,” Mr Perera said.

Mr Wynne deferred the rezoning in October 2018 after a number of stories in The Sunday Age raised concerns. He finally refused the rezoning this year in the wake of the IBAC public hearings into one of Victoria’s biggest corruption scandals.

Mr Perera said Mr Woodman and his associates had constantly quizzed him about when the minister would decide on the rezoning. He had tried to find out for them.

“I never had formal meetings with the minister. I’d catch him in the corridor and ask him what’s going to happen casually,” Mr Perera said. Mr Wynne, he said, would not answer directly, but what information he did give Mr Perera would be passed directly to Mr Woodman or his associates.

Mr Perera also conceded that Ms Schutz, while working for Mr Woodman, wrote a key document supporting the rezoning. That document was then handed to Casey Council by Mr Perera as his own submission. Mr Perera was asked repeatedly on Thursday about this document, and his memory of his dealings with Mr Woodman as far back as 2008.

“Yes,” Mr Perera agreed. “The developer was the engine room behind that [proposed rezoning]”. Mr Perera said that he had been largely powerless in these events: “I am only a humble backbencher, I don’t call the shots”.

On Wednesday IBAC heard how Mr Woodman in confidential communication with lobbyist Phil Staindl referred to Mr Perera as one of the “Fab Four” – the current and former MPs he believed would help win government approval for the rezoning.

It also emerged at IBAC that Mr Perera, who was gravely ill for several years, delegated his responsibility for much of the rezoning push to his electorate officer Sami Argiriou.

Mr Argiriou worked closely with Mr Woodman and Ms Schutz to push for Mr Wynne to change the rules around what the land could be used for. He organised meetings with Mr Wynne to lobby for the rezoning.