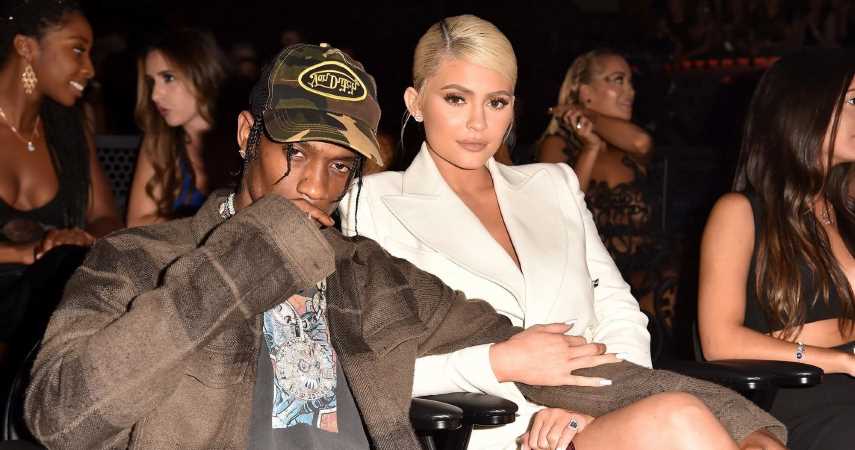 American media personality, socialite, and businesswoman Kylie Jenner and American rapper, singer, songwriter, and record producer Travis Scott t relationship saga is real estate related. Days after the rapper took to Instagram to deny accusations that he cheated on the reality star, the pair have placed their jointly-owned Beverly Hills mansion on the market for $21.9 million.

One thing all the Kardashians share is a passion for collecting trophy real estate. By our count, Kris Jenner and her five daughters now own more than 20 multimillion-dollar properties spread across Southern California. That includes a luxury condo Jenner used exclusively for gift-wrapping presents and storing champagne — a condo she accidentally abandoned after forgetting she still owns it. Whoops!

RELATED: Lil Baby Gets Some Wildly Lavish Gifts For His Birthday

But even billionaires like to trim their holdings now and again, and so Kylie Jenner is putting one of her “spare” homes up for grabs. Resembling a contemporary European villa, the strikingly angular home lies in the mountains immediately above Beverly Hills, in the lower Benedict Canyon neighborhood. Asking $21.9 million, the nearly 10,000-square-foot mansion includes seven bedrooms, eight full bathrooms and two powder rooms. Should the property sell for anywhere near that amount, it will rank as an impressive profit for Jenner and Travis Scott, who jointly paid $13.5 million for the house back in 2018. Records show the much-published pair holds a 50/50 stake in the 1.1-acre estate, which lies at the end of a quiet cul-de-sac, guarded by a towering gate and elaborate security system.

Behind those fortifications, the soothing estate features neutral, earth-toned colors and bespoke finishes throughout. Main floor highlights include walls with designer treatments, oak floors, imported stone and a vast array of floor-to-ceiling glass doors opening to lush gardens that surround the house. The kitchen, awash in white marble countertops and lustrous ebony cabinetry, connects to a breakfast room and walk-in pantry, and there’s also a formal dining room that spills out to an al fresco dining terrace. Upstairs, the master bedroom flaunts a sitting area and private balcony, plus head-on city and canyon views. There are dual master baths, at least one with a soaking tub and flatscreen TV, dual walk-in closets, a fireplace and a vanity/glam room where Jenner would get “glammed” by her team of professional makeup artists. There are six additional bedrooms, all of them with ensuite baths — one of them once used as a nursery for Jenner and Scott’s daughter Stormi Webster, per Dirt.

A sampling of the home’s numerous other amenities include a blacked-out movie theater, a blacked-out billiard room with a marble wet bar, a lounge, family room, garaging for three cars and a fireplace-equipped living room overlooking the pool. The home they are looking to part ways with is contemporary and trendy, with oak floors throughout and sliding glass doors for easy indoor-outdoor living. Moody black cabinetry adds drama to the kitchen, and a black accent wall surrounding the fireplace in the living room makes for a cozy elegance. Amenities on the 1.1 acre property include a swimming pool, spa, 3-car garage, built-in BBQ, and even a detached guest house, according to Architectural Digest.

Jenner still owns a multitude of other properties: a $36 million Holmby Hills mansion, a $15 million vacant lot, and she’s currently building a very custom desert vacation mansion in La Quinta’s Madison Club. But since 2016, the Kylie Cosmetics founder’s main residence has been a lavish Hidden Hills estate that was photographed for Architectural Digest some years ago. As for Scott, he presides over a $23 million hilltop mansion in Brentwood.

READ NEXT: Rihanna’s Comebacks With ‘Lift Me Up’ Music Track From Black Panther: Wakanda Forever Film