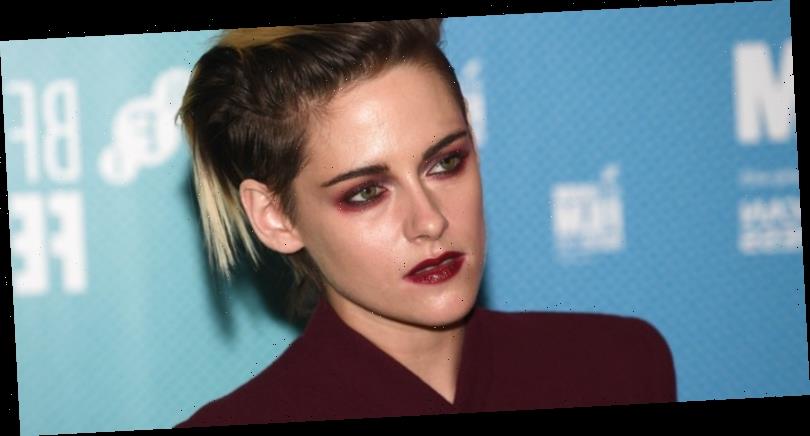 Kristen Stewart opened up to Howard Stern about her relationship with Robert Pattinson, and the relentless slut-shaming thrown her way after she was photographed kissing her Snow White and the Huntsman director Rupert Sanders.

Stewart covered a lot of ground on The Howard Stern show on Tuesday morning. The famed radio host asked her a number of questions about her relationship with Pattinson, and she answered them all, saying it felt “weird” to be so open. Stewart said that she hadn’t been allowed to “say what happened” with Pattinson, “because I was so self-conscious about seeming like an attention-seeker.”

Stern also asked Stewart if she was with Pattinson for publicity, which she barely dignified with a response. “You really think at this point, after all these years, that’s how I live my life?” she said.

She was then asked if she would have married Pattinson. “I don’t know,” she responded. “I’m not a super duper traditionalist, but at the same time…every relationship I’ve ever been in, I thought that was it. I’ve never really been the most casual person.”

Stewart also spoke about her infamous 2012 affair with Sanders, which caused a media firestorm. After photographs were published of them kissing, Stewart split with Pattinson, and Sanders and wife Liberty Ross (who also appeared in Snow White) got a divorce. “"We lived in a different time then,” said Stewart. “The slut-shaming that went down was so absurd.”

The star was subject to an enormous about of negative coverage and hate from fans–Donald Trump even called her a “dog” on Twitter (the man really loves comparing people unfavorably to dogs).

Stewart also said that she was not offered a part in the 2016 Snow White sequel, The Huntsman: Winter’s War, because of the scandal. "They didn't put me in that movie because I went through such a highly publicized scandal,” she said. “They were scared of touching that." The film has an 18% “rotten” score on Rotten Tomatoes.

But the actor was understandably frustrated that the tabloid story overshadowed her work. "I wouldn't say I fell in love with the director, it was kind of a weird thing,” she said. “But I definitely think that it wasn't that big of a deal, and the work is so much more important."

She added that “the film industry is so fear-based."

"They're idiots,” she said. “Take a little risk and make something good people will watch it and pay you." She probably really liked that Scorsese op-ed.

Stewart also dropped a bombshell revelation, saying that she never even slept with Sanders. "I did not f–k him,” she said. “This is the most candid interview.” She said that she had never told the truth about their relationship because she figured after the photographs were published that no one would believe her. She is probably correct.

People will say just about anything if encounter leads to sex: study