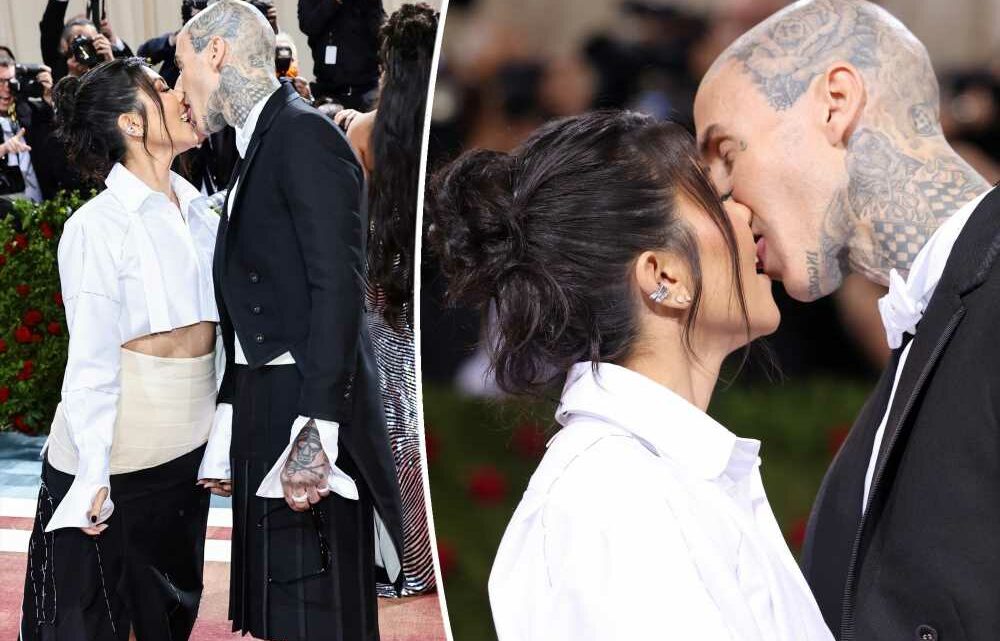 Kourtney Kardashian and Travis Barker’s PDA finally made its way to the Met Gala.

The couple couldn’t get enough of each other as they posed for photos on the Met Gala 2022 red carpet wearing matching Thom Browne skirts.

In typical Kravis fashion, the pair paused on their walk along the carpet to stopped and lock lips — and tongues.

The outing marked Kardashian’s first appearance at “Fashion’s Biggest Night,” despite family members Kim, Kendall, Kylie and Kris all attending the soirée in past years. (This was also Khloé’s first year attending the gala)

Kim wore a Jean Louis gown originally worn by Marilyn Monroe, while Kylie returned to the event in an Off-White wedding dress after welcoming her second child in February. 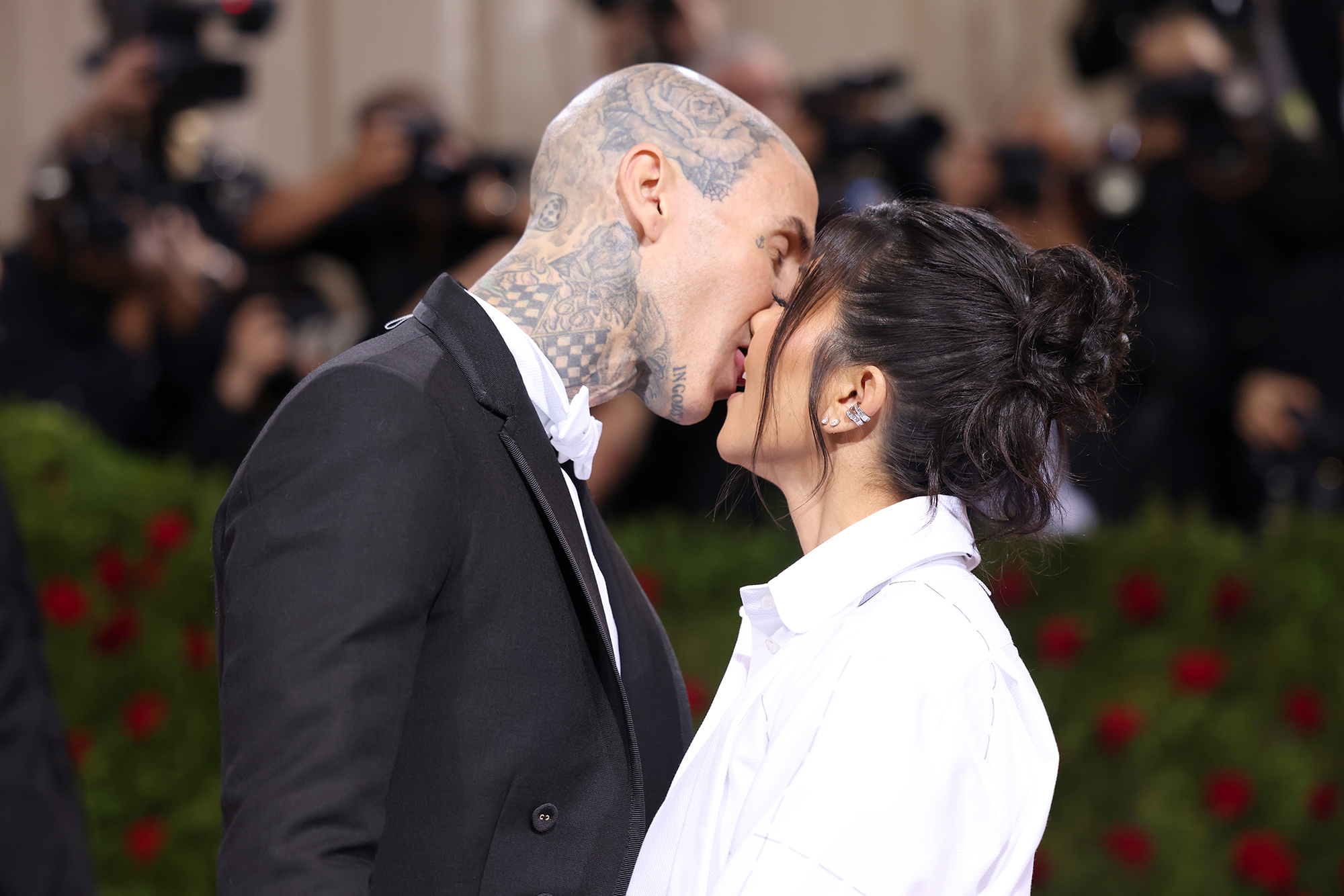 The cosmetics mogul skipped out on the 2021 gala while pregnant with her baby boy.

The event was a welcome relief for the Kardashian-Jenners — who spent the last two weeks in court battling Blac Chyna’s defamation lawsuit.

While Kim, Kris, Kylie and Khloé Kardashian were waiting for a verdict on Friday, Kourtney and Barker jetted off to Lake Como and were photographed — surprise, surprise — getting handsy during the Italian getaway. 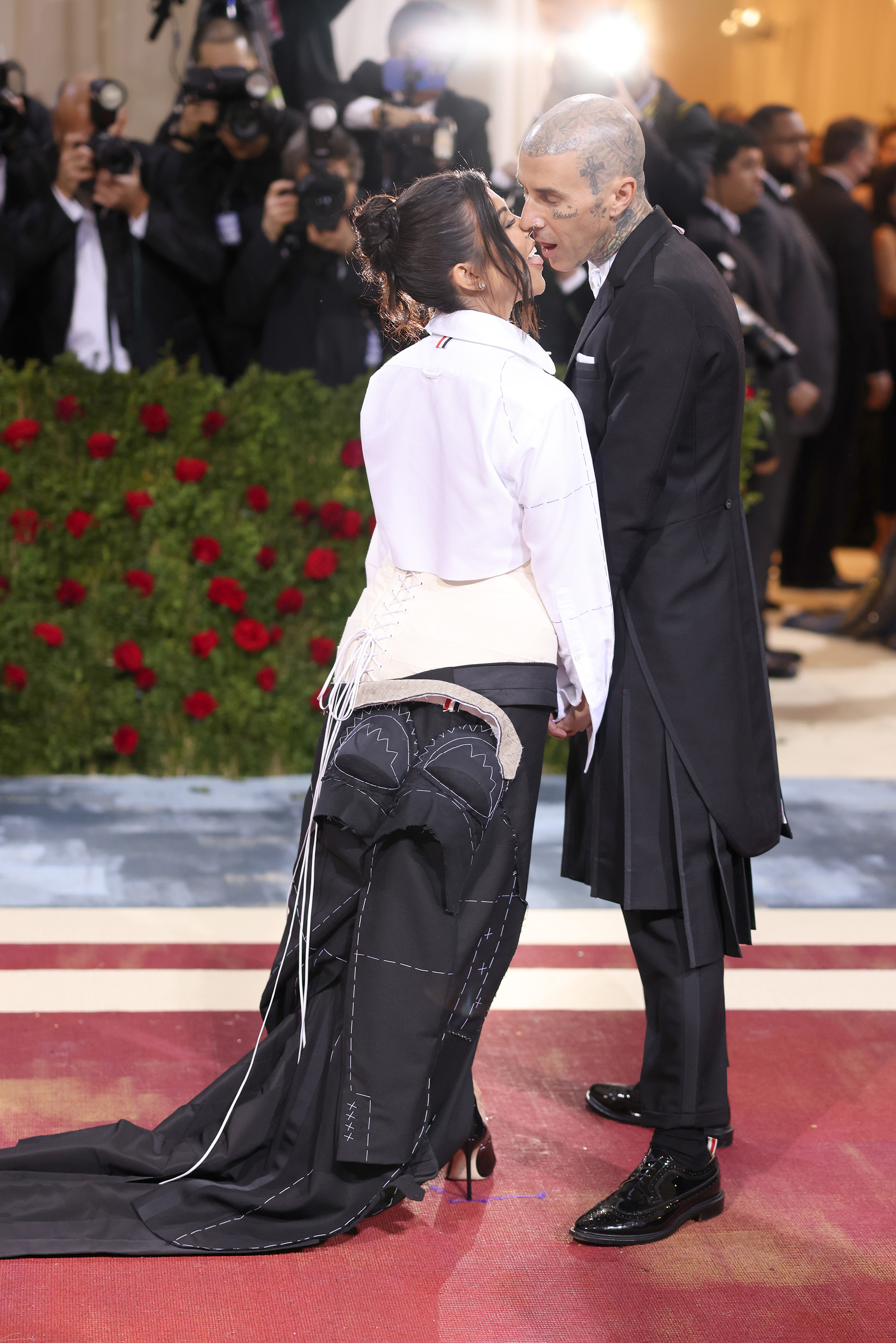 The family’s night out at the Costume Institute Benefit comes a couple of weeks after their new show, “The Kardashians,” premiered on Hulu.

In the third episode, Kris revealed that Barker didn’t forget any details before proposing to Kourtney in October 2021 — even visiting her late father’s grave.

The momager said the Blink-182 rocker not only asked her permission to propose, but also Robert Kardashian’s.

“He came over and asked for her hand in marriage,” Kris recalled. “And I was like … it was so sweet and so tender, and then he said he went to your dad’s grave and asked your dad, and I just lost it.”

Robert, who was famously part of O.J. Simpson’s legal team, died Sept. 30, 2003, after a battle with esophageal cancer. 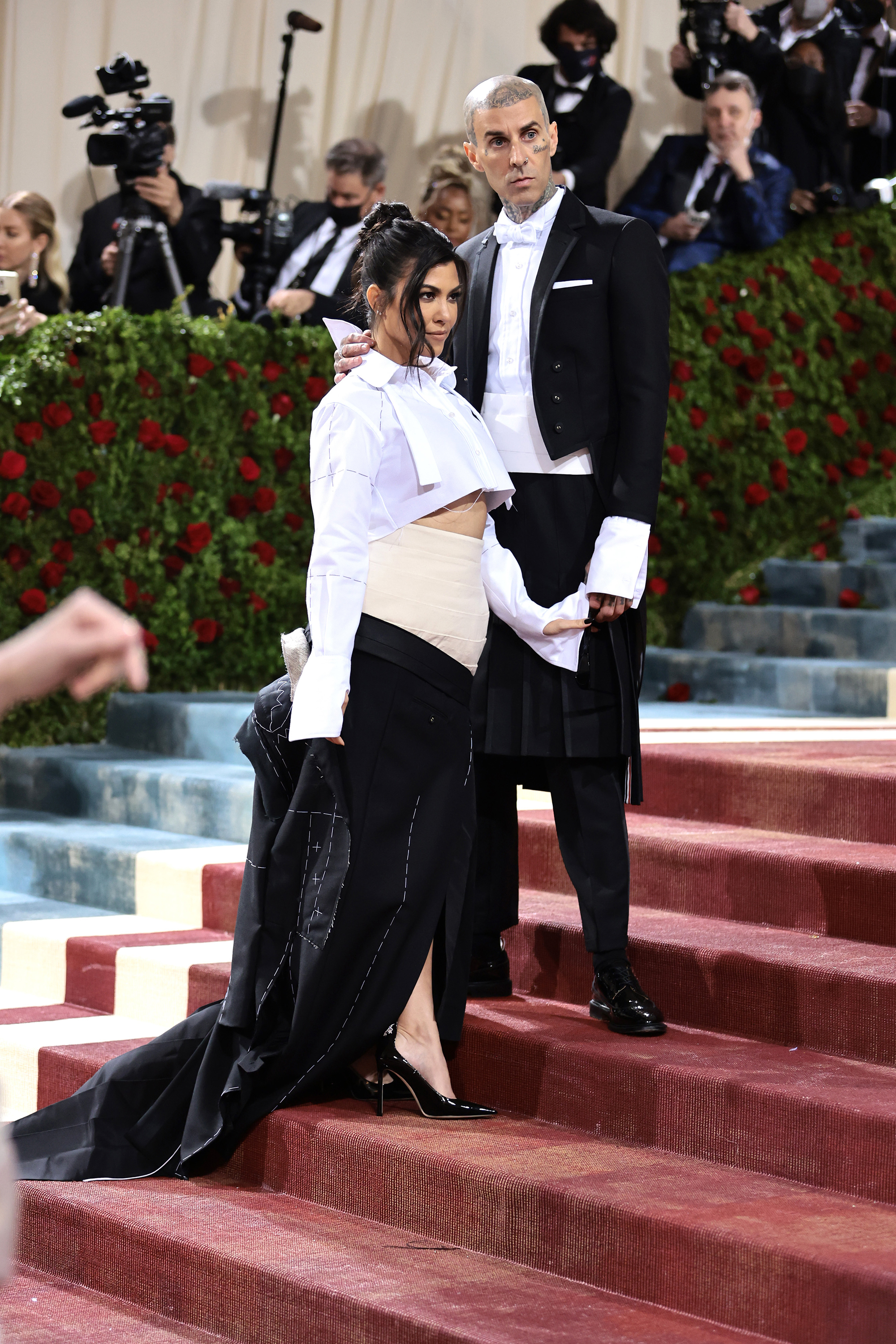 “It’s all happy,” Kris continued, choking back tears. “I wish that your dad was here to see it. I can hardly believe that it’s the first time that she’s getting married. Isn’t that cute?”

The pair also recently exchanged vows in a fake wedding ceremony in Las Vegas. Page Six exclusively revealed the nuptials were not legal.