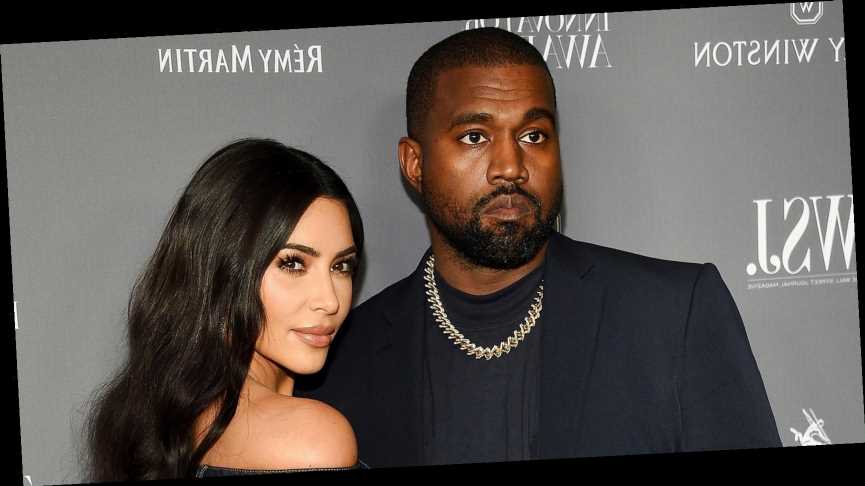 Through thick and thin. Kim Kardashian is standing by her husband Kanye West‘s side as he continues to struggle with his mental health.

“Kim is holding onto her marriage with Kanye and knows that he is bipolar and struggling with his mental health and wants to be there for him and help,” a source exclusively tells Us Weekly. “She is continuing to support him and does her best to understand him and where he is coming from. She knows he is unconventional and has always known that.”

The “Lift Yourself” rapper, 43, went on a Twitter spree on Monday, September 14, when he claimed he would not release new music until his contracts with his publisher, Sony/ATV Music Publishing, and his record label, Universal Music Group, had ended.

“I’m not putting no more music out till I’m done with my contract with Sony and Universal,” West wrote in the since-deleted tweet. “On God … in Jesus name … come and get me.”

The “Wash Us in the Blood” rapper also referred to himself as “the new Moses” and compared the music industry to “modern day slave ships” before urging his Twitter followers to “use the government money and buy land.”

West continued his rant on Wednesday, September 16, when he shared screenshots of his 10 contracts with Universal Music Group. “I need every lawyer in the world to look at these,” he wrote, adding, “ALL THE MUSICIANS WILL BE FREE.”

The Chicago native went one step further when he tweeted a video of himself peeing over one of his Grammy Awards in the toilet. “Trust me … I WON’T STOP,” he captioned the clip.

West had another public outburst in July after he claimed during his presidential rally that he and Kardashian, 39, considered aborting their first child. They are the parents of North, 7, Saint, 4, Chicago, 2, and Psalm, 16 months.

All the Times Kim Kardashian Has Publicly Defended Kanye West

Days later, he took to Twitter and alleged that the Skims founder tried to “bring a doctor to lock me up” and before tweeting that he had been trying to divorce Kardashian for two years. The Grammy winner later apologized for the tweets.

A source told Us in August that the KKW Beauty founder is “focused on healing her relationship with Kanye and has been busy taking care of their kids and him.”