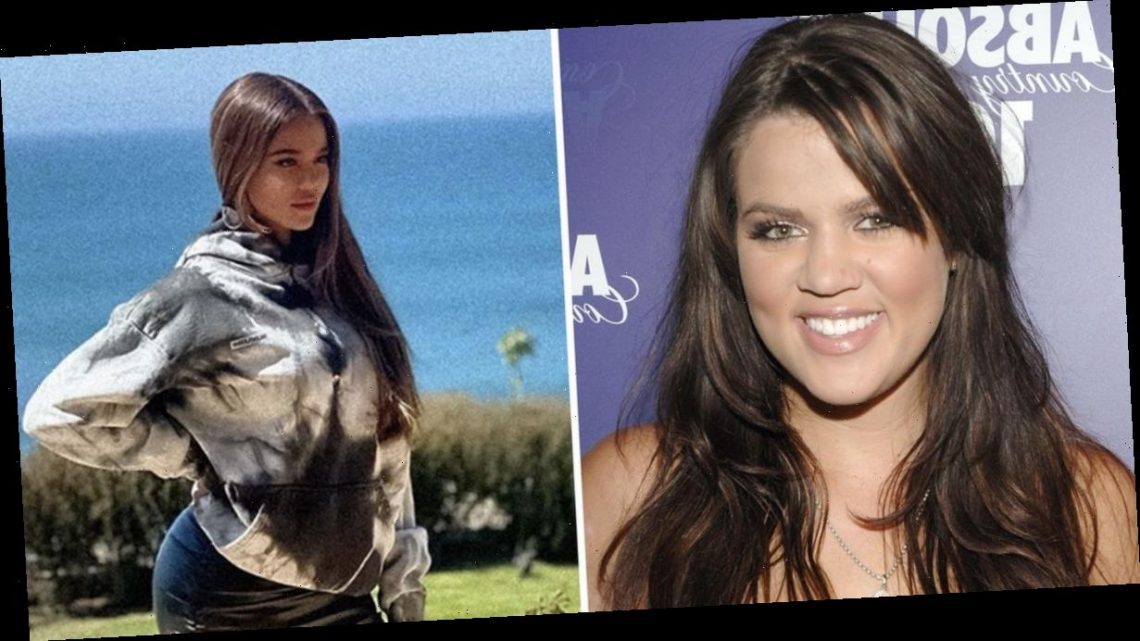 As one of the most famous families in the world, it’s rare to get through 24-hours nowadays without hearing a mention of the Kardashians.

From Kylie Jenner and her many lip kits, to Kim Kardashian’s body shaping Skims, we’re never too far away from a plump pout or a famous derrière on social media.

And the Kardashian clan have influenced many with their iconic looks, aided by the roster of makeup artists and skincare gurus that they have on speed dial to help with their ever-evolving beauty looks.

One of the sisters to have garnered attention for a recent selfie is Khloe Kardashian, whose fans accused her of going "under the knife" to alter her facial features.

The 39 year old, who recently sparked pregnancy rumours, took to her Instagram feed to share three gorgeous snaps of herself posing with freshly dyed blonde hair and an incredible tan.

In the snaps, the star looks happy as she has a massive smile planted across her face as she dons a white corset-style top.

She captioned it: "location: under b***hes skiiiinnnnn," [sic] followed by a red lips emoji.

As a result of the happy snap, many of Khloe’s 116 million followers couldn't help but notice how different she appears compared to her earlier pictures.

Another photo posted of the star sees her her writing: "I look so young in this photo, Lol maybe it’s the hoodie?!" and people rushed the post to comment on the Khloe's look.

One person wrote: "Why do you keep getting work done to your face? You are gorgeous just the way you are. Don’t get me wrong you’re still gorgeous, but I don’t even recognize you anymore." [sic] Another attempted to answer her question as they said: "Maybe it’s the fact that you have a completely different face now". [sic]

A third questioned: "Is that khloe?? Don’t look liked what happened to her face wtf!," [sic] alongside three eyes emojis.

Weighing in on the conversation, Dr Harry Singh, a facial aesthetics expert and owner of the Botulinum Toxin Club shared his thoughts with OK! online, based on Khloe’s face compared to older shots of the star.

He said: “The questions being asked in the Twitter-sphere are: is it surgery, is it non-surgical, or clever makeup and lighting? As a facial aesthetics expert, I would say it’s a combination of all three.”

Then, breaking down into steps just how Khloe has showed off such a facial transformation, Dr Singh explained: “In terms of surgery, Khloe looks like she has undergone fat reduction in the jawline, a chin implant, and nose reshaping.

“Non-surgically, there are tell-tale signs of cheek volume and lifting with dermal fillers.”

He added: “Of course, no photo shoot is complete without makeup shading and highlighting, and a clever lighting director.

“That said, non-surgical and surgical treatments have advanced so much in recent years that it is getting increasingly hard to tell, especially in those who seek the help of the very best aestheticians in the world.

“However Khloe has achieved it, her after image shows changes in profile symmetry, cheeks, nose and forehead, all key areas when it comes to considering the enigma that is beauty.”

Khloe's latest snap resulted in mixed reaction from fans, with many of her celebrity friends and family commenting on how amazing she looks, whilst others claimed Khloe had altered her appearance.

Inside the Kardashian's houses

Confused, one person wrote: "This isn't even close to your face lol," [sic] as a second said: "Who is this woman that you’re posting pictures of… because surely it’s not you…"

Another commented: "so is everyone just gonna ignore the fact that she switched faces". [sic]

While a fourth accused Khloe of altering her face with the use of surgery as they rewrote her caption to say: "Location: under the knife for the 7,849 time".

And a fifth person quipped: "I couldn't get new paper towels during this [pandemic] but Khloe Kardashian went and got a whole new face," said another.

The Keeping Up With The Kardashians star, who recently shocked her sisters by announcing that her ex Tristan Thompson has agreed to be her sperm donor, has previously denied ever having a nose job and thanked her sculpted-look to the magic of clever make up.

After a fan asked her if she got a nose job while commenting on a separate photo, Khloe replied: "One day I'll get one because I think about it everyday. But I'm scared so, for now, it's all about contour."