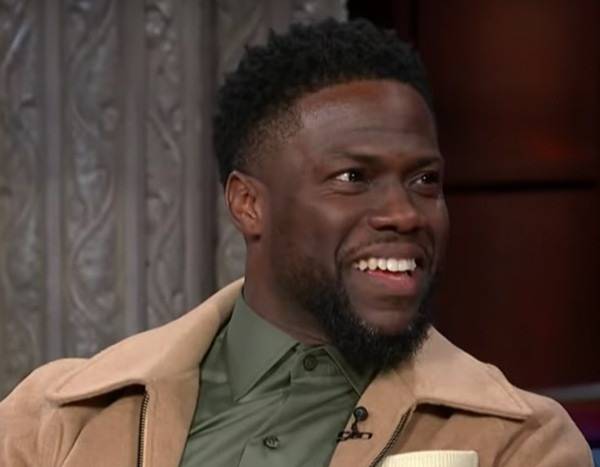 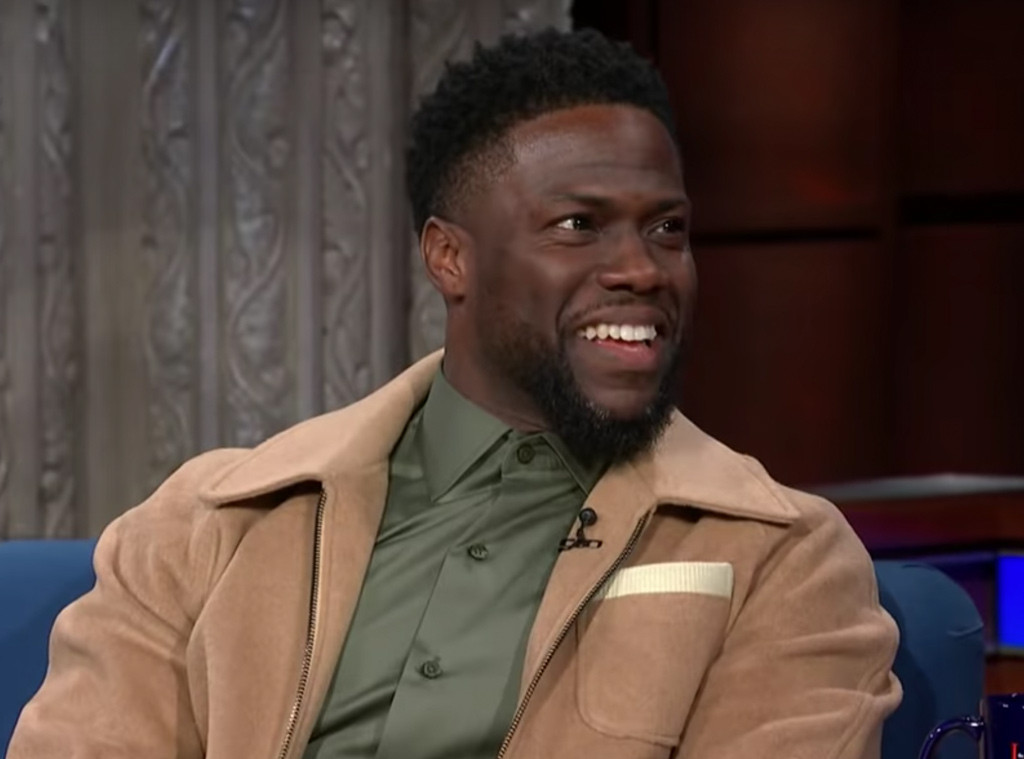 Before Kevin Hart stepped down from hosting the Oscars, he had prepped material for the big night.

The comedian gave fans a sampling of the jokes he would have told at the Academy Awards on Wednesday’s episode of The Late Show.

“I was going to be good,” he told host Stephen Colbert. “I had some stuff. I had some heat.”

Originally, Hart wanted to host the Oscars to “take the tension out of the room.”

“You know, people go to the Oscars, but they’re not there to laugh because everybody is waiting for their moment. Everybody is uptight,” he explained.

So, Hart wanted to remind the nominees to relax. Because if they didn’t, they could end up as a meme. The Upside star then planned to show some famous celebrity memes from past award show, such as Nicole Kidman‘s awkward “seal clap.”

“This almost ended Nicole,” Hart teased. “See this right here? They caught her in a bad clap. It was the middle of a clap, and they saw that she had boomerangs for hands. You don’t want to do that. So, you gotta relax. That wouldn’t have happened if it were a relaxed moment.”

He also showed a meme of Meryl Streep cheering at the Academy Awards and one of Denzel Washington “on a bad day.”

“The whole intent behind them would be you don’t want to be that,” he said. “So, relax, loosen up and have a good time.”

Hart said he then would have gone into some “crazy bits.”

Hart resigned from the hosting gig last month after fans noticed he had deleted past homophobic tweets. He later claimed the Academy had already threatened to revoke his hosting duties unless he apologized for his previous remarks. However, Hart refused to do so, arguing he’d already “addressed it several times.” Still, he apologized upon stepping down from the role and said he was sorry “once again” on his SiriusXM radio show Straight From the Hart.

After addressing the backlash on several shows, including The Ellen DeGeneres Show and his radio program, Hart told Michael Strahan he was done talking about it.

“I’m done with it. It gets no more energy from me,” he said on Wednesday’s episode of Good Morning America. “That’s why I said, for the last time, I’m addressing this. There’s no more conversation about it. I’m literally—I’m over that. I’m over the moment, and I’m about today. So, if it’s accepted great. If not, it’s nothing I can control. Some things are left out of your hands. So, I’m done with it. I’m over it. That’s where I’m personally at.”

Still, he addressed it again on the late-night show, adding he “wouldn’t have changed anything” in terms of how the controversy played out.

While Hart hasn’t ruled out hosting the Oscars in the future, he has confirmed he still won’t be hosting this year. In fact, reports claim there won’t be an Oscars host for the first time in 30 years. When Colbert asked him about these rumors, Hart said he didn’t know, joking he’s no longer on the “email list.”

Watch the video to hear his jokes and the interview.