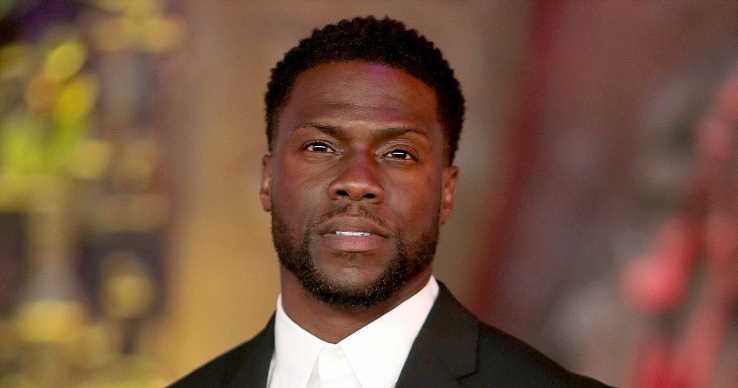 In hot water. Kevin Hart deleted past homophobic tweets after he was announced as the host for the 2019 Academy Awards.

The comedian, 39, revealed on Instagram on Tuesday, December 4, that he would helm the Oscars. Shortly after, journalist Benjamin Lee tweeted on Wednesday, December 5, “I wonder when Kevin Hart is gonna start deleting all his old tweets.”

In the Twitter post, the Guardian editor shared screenshots of tweets from Hart. One read, “Yo if my son comes home & try’s 2 play with my daughters doll house I’m going 2 break it over his head & say n my voice ‘stop that’s gay.’”

Another said, “Why does @DamienDW profile pic look like a gay bill board for AIDS………Booom, I’m on fire tonight.” The dates on the posts span from July 2009 to January 2011.

Lee also noted a segment from Hart’s 2010 comedy special, Kevin Hart: Seriously Funny, in which he quipped, “One of my biggest fears is my son growing up and being gay. That’s a fear. Keep in mind, I’m not homophobic. … Be happy. Do what you want to do. But me, as a heterosexual male, if I can prevent my son from being gay, I will.”

While several of the Night School star’s controversial tweets have been deleted as of Thursday, December 6, some still remain. “I just saw the biggest gay guy ever!” he wrote in June 2009. “This n—ga looked like hulf [sic] hogan with heels on! I can’t lie I got scared!!!!!!”

Hart responded to the controversy on Instagram. “Stop looking for reasons to be negative … Stop searching for reasons to be angry …. I swear I wish you guys could see/feel/understand the mental place that I am in. I am truly happy people …. there is nothing that you can do to change that … NOTHING,” he captioned a video in which he expressed similar sentiments on Thursday. “I work hard on a daily basis to spread positivity to all …. with that being said. If u want to search my history or past and anger yourselves with what u find that is fine with me. I’m almost 40 years old and I’m in love with the man that I am becoming.”

He added: “You LIVE and YOU LEARN & YOU GROW & YOU MATURE. I live to Love …. Please take your negative energy and put it into something constructive. Please …. What’s understood should never have to be said. I LOVE EVERYBODY ….. ONCE AGAIN EVERYBODY. If you choose to not believe me then that’s on you …. Have a beautiful day.”

Billy Eichner spoke out on Thursday about news of Hart purging his account. “Many of us have jokes/tweets we regret. I’m OK with tasteless jokes, depending on context,” the Billy on the Street star, 40, tweeted. “What bothers me about these is you can tell its not just a joke-there’s real truth, anger & fear behind these. I hope Kevin’s thinking has evolved since 2011.”

The Jumanji: Welcome to the Jungle actor previously addressed backlash against the joke about his son. “It’s about my fear. I’m thinking about what I did as a dad, did I do something wrong, and if I did, what was it?” he told Rolling Stone in July 2015. “Not that I’m not gonna love my son or think about him any differently.

Hart expressed his excitement about taking on Oscar hosting duties in his announcement. “For years I have been asked if I would ever Host the Oscars and my answer was always the same … I said that it would be the opportunity of a lifetime for me as a comedian and that it will happen when it’s suppose to. I am so happy to say that the day has finally come for me to host the Oscars,” he wrote on Instagram on Tuesday. “I am blown away simply because this has been a goal on my list for a long time …. To be able to join the legendary list of host that have graced that stage is unbelievable. I know my mom is smiling from ear to ear right now.”

He continued: “I want to thank my family/friends/fans for supporting me & riding with me all this time …. I will be sure to make this years Oscars a special one. I appreciate the @TheAcademy for the opportunity …. now it’s time to rise to the occasion #Oscars.”

The Academy Awards will air on ABC on Sunday, February 24.