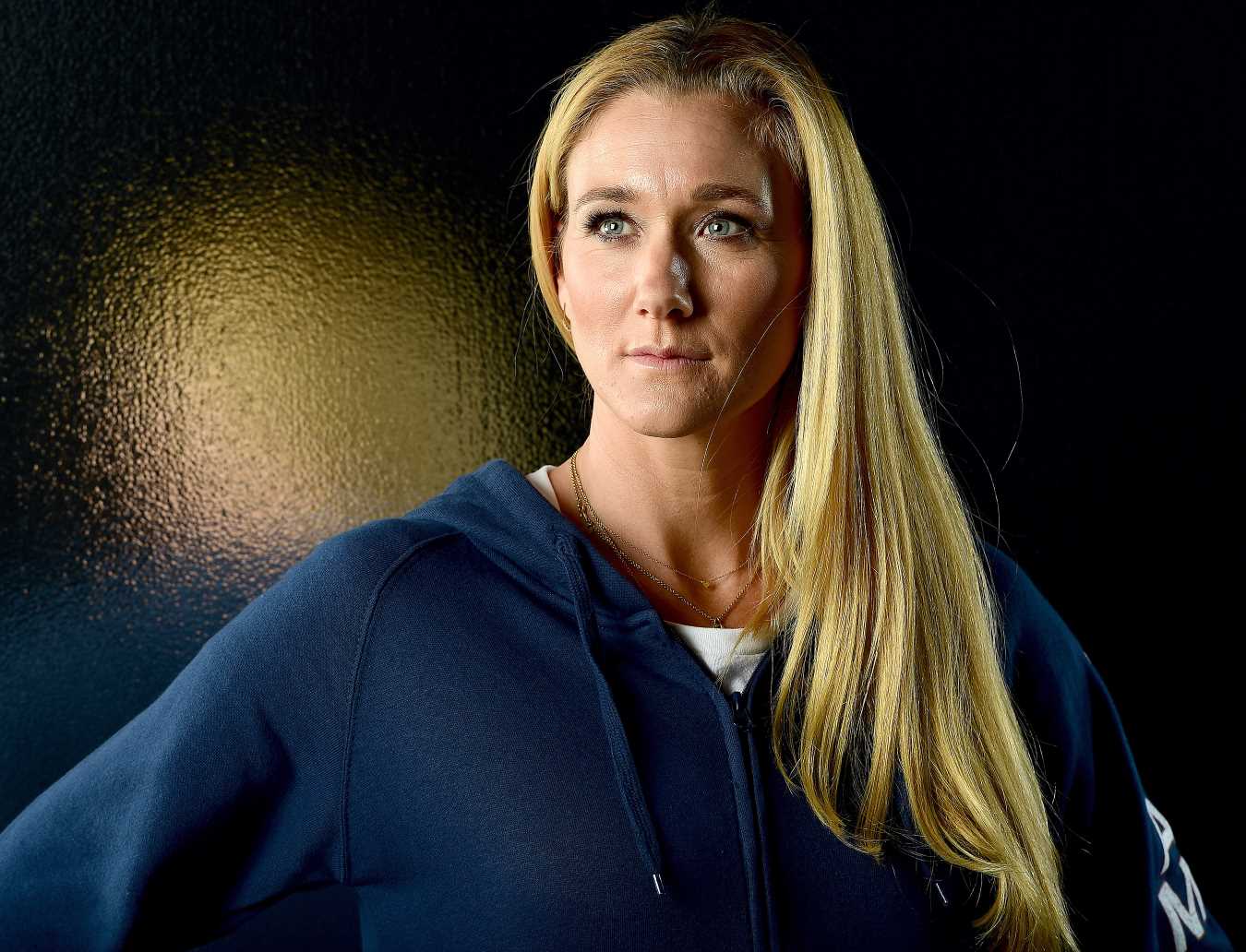 After five trips to the Olympics, Kerri Walsh Jennings is still hungry for more.

The volleyball star, 40, tells PEOPLE that she is “working my tushie off” to train daily for the 2020 Summer Olympics in Tokyo.

“My goal is to qualify for the 2020 games in beach volleyball and to win it with my new partner Brooke Sweat,” she says. “We have a lot of work to do, but I believe that we’re kind of laying the foundation brick by brick with a lot of love, a lot of hard work, a lot of eyes on the prize. It’s going to be fun.”

As Walsh Jennings focuses on Tokyo, she is also thinking about giving back. She is working with DICK’s Sporting Goods to promote its Sports Matter campaign, which supports youth teams to make sure that kids have access to athletics.

Walsh Jennings went to the Olympics for the first time in 2000, according to Team USA’s website. She then scored gold medals at the 2004, 2008 and 2012 games with Misty May-Treanor, and in 2016, she and April Ross took home the bronze.

Her 2016 experience in Rio de Janeiro fuels her desire to make it to Tokyo, Walsh Jennings says.

“Leaving Rio with a bronze — however proud I am of it, which I truly am — I left a little bit dissatisfied,” Walsh Jennings admits. “But I think I went through that because there was more in me.”

RELATED VIDEO: Olympian Michael Phelps Speaks Out About His Battle With Depression

Returning to the Olympics would put her bronze in a new light. “This road in Tokyo and all the personal growth that will happen, and all the hard work and the lessons that I’ll learn — it will make that bronze in Rio so worth it,” she reflects. “It already is worth it.”

As Walsh Jennings gets older, she finds herself “surrounded by puppies” in the sport — but she credits her age with giving her the balance that she used to lack.

“Whereas before I lived and breathed and died on my performance and practice or competition, now I have a balanced life,” she says. She shares sons Joseph Michael, 9, and Sundance Thomas, 8, and daughter Scout Margery, 5, with her husband, fellow athlete Casey Jennings.

“So I’m still laser-focused on being the best I can be and on winning, but I also have some balance in my life where that’s not the end-all-be-all,” Walsh Jennings continues. “So if I have a tough day, I have something else to look to and to fill me up.”

RELATED: She’s Got This! Laurie Hernandez Confirms She Is ‘Currently Training’ for the 2020 Olympics

Just as she gets balance from her family, her kids get athleticism from their parents.

“Whatever’s in season is what they’re playing,” she says. “But they’re also into music. We really want them to be well-rounded kids. Just because my husband and I are pro athletes, we don’t necessarily want to push them down that road.”

22 Royal Engagement Rings That Are Even Better Than a Crown

Kurt Russell's Netflix Christmas Movie Is a Family Affair — Even Goldie Hawn's in It!
World News