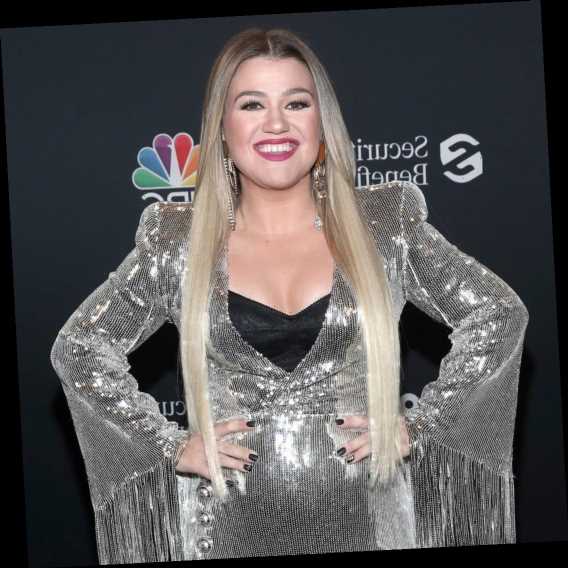 Kelly Clarkson is keeping it real when it comes to love.

In a clip from the Oct. 22 episode of The Kelly Clarkson Show, the "Behind These Hazel Eyes" singer was tasked with giving one of her fans on Twitter some romantic advice.

In a tweet that appeared on the show, the fan explained, "My crush only uses Instagram to message me and he sends me heart eyes emojis. He hasn't asked for my number. How do I convince him to take our relationship to the next level and actually text?"

Kelly's guests Marlon Wayans and Cleo Wade weighed in on the situation.

"I'm old fashioned, I think a man should court you," explained Marlon, who appeared on the show virtually. "If he's serious, he'll ask you on a date, he'll take you on a nice date and he'll chase you. Play hard to get, and watch him chase. If he doesn't chase, let him go. You're the gift, not him."

Cleo, who appeared in the studio with Kelly, added, "If it was one of my girlfriends, I'd probably be like, 'Well, take Instagram off your phone for a week and tell him you're doing it so if he wants to get in touch with you he can text you. If he's interested in you that way, you'll know by then."

The American Idol alum, who filed for divorce from husband Brandon Blackstock in June after seven years of marriage, didn't hold back with difficult-to-swallow advice.

A Year After His Deportation, Joe Giudice Has A Lot to Say

Unfortunately, Kelly said it kind of sounds like this is a situation out of "He's Just Not That Into You, the book."

"That's okay, because we've all been there," she assured the fan. "It's not just you."

Kelly has battled her own difficult romantic situation recently. Her pending divorce from Brandon, the son of her former manager, reportedly "shocked" the couple's inner circle.

On her show's premiere in September, she explained that she, too, was surprised by the breakup.

"2020 has brought a lot of change also to my personal life," she told the audience. "Definitely didn't see anything coming that came."

Since, the star has not spoken much about the divorce on her talk show. She did, however, open up to Sunday Today's Willie Geist in September.

"Personally, it's been a little hard the last couple months," she told the host, adding, "it is the worst thing ever for everyone involved."

While not all of us are lucky enough to get relationship advice from Kelly, the singer has a slew of awesome breakup anthems that should do the trick in our time of need.