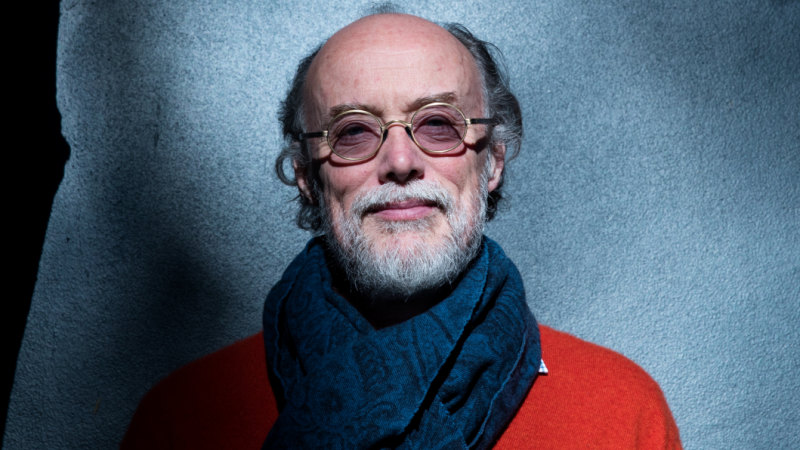 The young, naked models are still there, some posed solo, others in combination in the large-format prints. So too are the mysteriously lush and dark landscapes from locations around Italy and juxtaposed against the human forms. 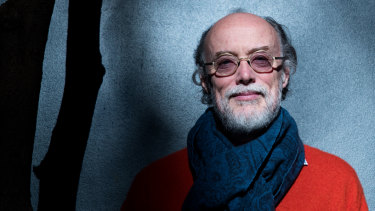 Photographer Bill Henson is having his first solo exhibition in Sydney in seven years. Credit:Janie Barrett

"The body and face now seem to float in this blackness. In some respects the work is becoming formally more reductive."

Some of the images in this latest show date from 2012, while others are much more recent.

"For me, new work grows out of old work,” he says. "These things evolve over many years and I’ve never been in a hurry to stick work out there. It tends to accumulate in sedimentary layers in the studio."

As critics have remarked, Henson's work is characterised by a sense of calm and stillness.

In the case of his portraits, the calm and stillness comes from working in a very specific manner with his models – who are often "suburban kids", whose talent he has identified.

"I issue thousands of very wooden instructions to my models," he says. "The first thing you do is to try and slow people down. The slower they get the more significant the smallest gesture becomes until just breathing becomes somehow momentous. You want to hang on to the tender, intimate, physically proximate, whole fragility of a young life and a human being right there.

"But at the same time you want that to feel like the great pyramids … Unknowable. Unassailable."

In person, Henson is genial, thoughtful and generous. His conversation is peppered with references from a dizzying array of fields. Italian filmmaker Federico Fellini, German writer Johann Wolfgang von Goethe, Greek-Russian conductor Teodor Currentzis and American filmmaker Martin Scorsese are among those who get a mention. 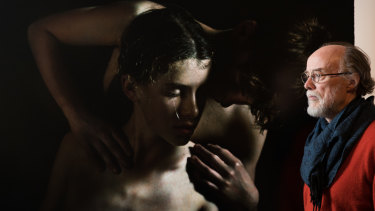 Henson with one of his photographs. Credit:Janie Barrett

This latest exhibition is at Roslyn Oxley's Paddington gallery, which was at the centre of the 2008 furore in which police seized Henson's images of naked teenagers, provoking a furious debate over censorship. No charges were ever brought.

Recalling the event, Henson insists he was mostly unaffected by the storm that erupted around him and his work.

"I understood the mechanics of it but at the centre of that storm it was very quiet for one very simple reason. And that was that I have a very good relationship with the models I work with," he says.

"I'm still talking to people I photographed in 1974. You find someone and they have what you need to articulate all these thoughts, these feelings, these intimations about things you don't fully understand – and for their own reasons, which I don't fully understand, they want to keep doing the work."

The spark that ignited the media and political conflagration was an image of a naked 13-year-old girl.

"The young girl who was the poster girl for that disaster was on the phone to me two weeks afterwards, saying, 'I'm sick of this bullshit, let's get back to work'," says Henson. "Keeping a sense of proportion is very important in these situations."

Henson says the outrage burned itself out in a matter of weeks because none of his models would buy into the accusations.

"Everyone was waiting for all the 'victims' – all these people whose lives had [supposedly] been destroyed by being photographed by me – and they couldn't find any," he says.

"Quite a lot of my former models were tracked down at some point and politely told either the police or the media to get lost."

Lucy Alexander: ‘Not your wife?’ Homes Under The Hammer host shocked by star’s bombshell
World News