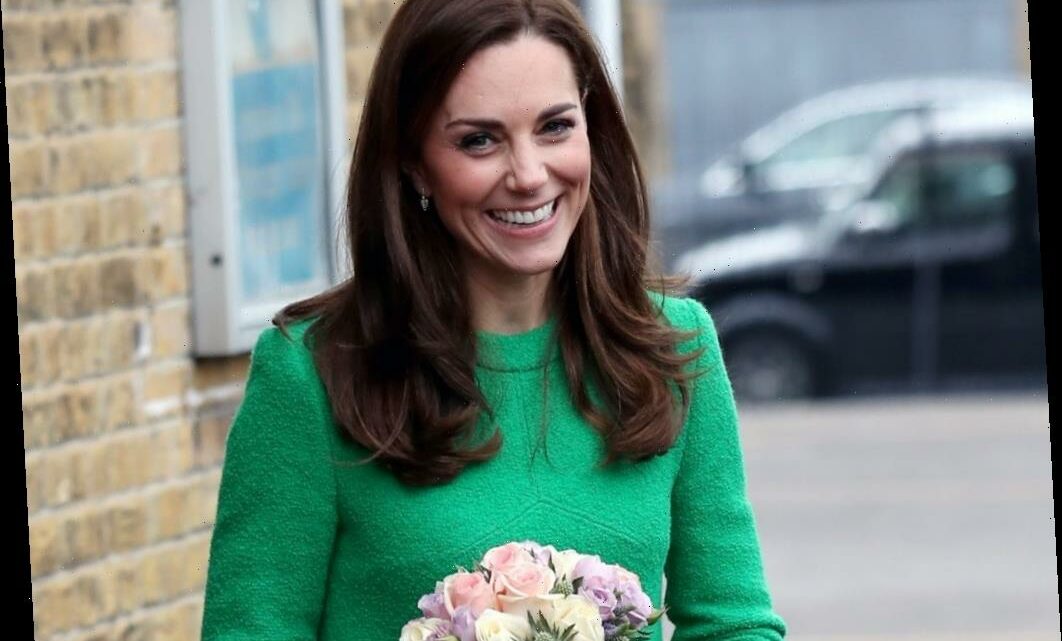 We all know that no matter what Catherine, Duchess of Cambridge decides to wear, she sets off a fashion frenzy around the world. The Duchess of Cambridge is serious about what looks great, and she isn’t afraid to show it with her outfit choices. From Kate’s iconic, long-sleeved wedding gown to her signature coat dresses and elegant gowns, it is certain that whenever she makes an appearance, her clothes will catch everyone’s eye instantly.

The future queen consort has been staying pretty busy during the COVID-19 pandemic, and although most, if not all, of her appearances, have been virtual lately, she knows that it is important to still dress the part. Even in isolation, Kate somehow manages to be a fashion icon, causing some things she wears to sell out in a matter of minutes.

Fans have seen her in a lovely floral dress, a pink sweater under a tailored blazer, and even a white silk button-down with a black Peter Pan style collar. However, one of Kate’s latest looks really has everyone talking. Let’s discuss how Kate’s silk blouse on video chat is an affordable fashion find.

Kate Middleton was instantly loved by the public

The Duchess of Cambridge is the wife of the future king, Prince William, and ever since she entered the public eye, she has created a sensation. The public fell in love with Kate almost immediately, even before she and Prince William were married.

Growing up with no ties to royalty, Kate was considered a commoner and came from a well-to-do family in Berkshire, England. According to Glamour, she is an excellent mother to her three children, Princes George and Louis, and Princess Charlotte.

Kate is known for her great personality, her generous nature, and her ability to effortlessly carry out her royal duties. She and Prince William have been together for almost two decades now, having met as college students at the University of Saint Andrews, and dating for seven years before getting married in a huge, lavish ceremony at Westminster Abbey.

Kate has been attending many virtual events

The current pandemic began last spring, with millions of people’s lives being interrupted as lockdowns were put in place almost everywhere. Just as we would expect from a hard worker like Kate, she didn’t stop her royal duties, although she had to connect with people via virtual appearances.

From she and Prince William’s home in Norfolk, Newsbreak reports that the duchess took a virtual tour of an addiction treatment center called Cloud House, and that is not all. According to Hello! Magazine, Kate also wore a stunning pink pantsuit as she was making calls a few months ago, and a dark yellow sweater during a video appearance with children and staff at Casterton Primary Academy.

During one of her more recent appearances, Kate’s outfit stayed on our minds for quite a while, and as it would turn out, it is an affordable fashion find. Harper’s Bazaar reports that the duchess, along with Prince William, appeared during an engagement with a group of fathers from an organization called Future Men, in support of new dads and also their partners.

She looked professional and put together in a medallion-print blouse from MICHAEL Michael Kors, and fans have been scrambling to get their hands on the same one. So, where can it be purchased? Shoppers can head to sites such as Kate Middleton Style, where the ivory silk, puffed sleeved blouse can be purchased for $117.00. At a price like that, why not dress like royalty while going as easy on the wallet as this look allows.