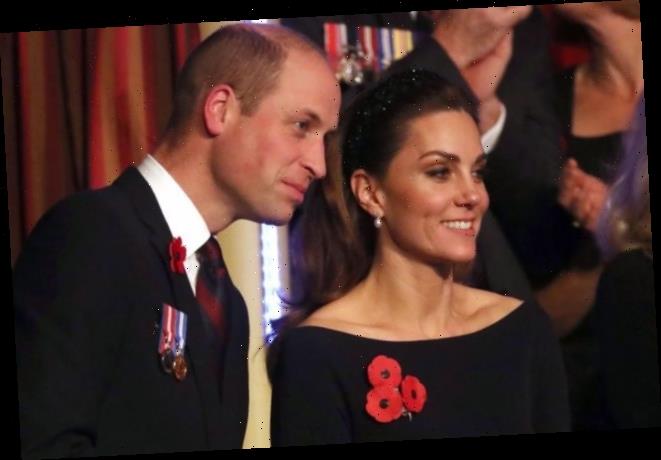 Kate Middleton might have her hands full raising three children and performing her royal duties, but she still takes time out of her busy schedule for some guilty pleasures. At the top of her list is watching her favorite reality TV show, which she sometimes forces Prince William to watch too. So what series does Kate – and William – follow on a weekly basis?

Most of Kate’s schedule is packed with royal engagements andparenting duties, but she always squeezes in some time at the end of the dayfor some reality television.

When Kate turns on the TV it is usually to watch an episode ofBBC’s Strictly Come Dancing — a show she usually forces William to watchwith her. At a recent royal event, William admitted to Strictly starsShirley Ballas and Claudia Winkelman that even he has watched a few episodes.

“I have watched the show a couple of times,” Prince William revealed. “Catherine is a huge fan and my mother-in-law loves it.”

While Kate absolutely loves the series, William admitted that hewould like to see Winkelman try her hand at dancing every once in a while. Thisprompted a pretty hilarious answer from the Strictly host, who said,“I’m too creaky!”

Strictly Come Dancing might be Kate’s number one show, but it is not the only series the Duke and Duchess of Cambridge have come to enjoy over the years.

What else do William and Kate watch?

William’srecent interview is not the first time he has opened up about his family’s television habits.

According to Express,William revealed in 2017 that he and Kate often find themselves in front of theTV after their kiddos are tucked in. But before they put the little ones tosleep, they usually watch an episode or two of Fireman Sam or Peppa Pig.

But when it is just the two of them, Kate Middleton and Prince William often turn to their box sets for entertainment. This includes watching shows like Game of Thrones and Homeland – which are solid choices for the Cambridges.

Kate added that she sometimes splurges and orders some curry togo, which is one of her favorite meals to eat. Kate loves spicy food, butWilliam is not a big fan of that particular cuisine.

“I’m not so good with spicy food,” William shared. “It doesn’tusually get ordered to the palace, to be honest, normally someone goes andpicks it up.”

Television aside, Kate spends the vast majority of her time fulfilling her many royal duties and raising her three children: Prince George, Princess Charlotte, and Prince Louis.

A few weeks ago, for example, she visited a children’s hospice inNorfolk and recently attended a Royal Variety Performance. She even took apublic train to the event in Norfolk, proving that she is very relatable to theaverage person.

During her trip, Kate rocked a purplish-red peplum top by OscarDe La Renta. The Duchess visited the Nook children’s hospice and met with kidsfrom various families in the region.

Kate Middleton also displayed her down-to-earth tendencies, meanwhile, when royal watchers spotted her shopping at an outlet called Sainsbury’s. Kate was reportedly looking to score a good Halloween outfit for Prince George and Princess Charlotte, though it is not clear if she found one.

In previous years, Prince William and Kate Middleton have been very subdued when it comes to showing affection in public. But that has changed in recent years as the Duke and Duchess of Cambridge have grown increasingly affectionate during royal engagements.

This month, for example, the two were spotted gettingextra-touchy at a royal event celebrating their new mental health endeavorcalled Shout. At one point, William was spotted resting his hand onKate’s lower back — a move royal experts believe he got from Prince Harry’splaybook.

Harry and his wife, Meghan Markle, often show signs of affection in public settings and it looks like William and Kate may have learned a thing or two from their behavior.

The public has generally reacted positively to Harry and Meghan’saffection, which could be why Prince William and Kate Middleton are starting toadopt their methods. Considering how most royal watchers would love to see morePDA from the couple, this is probably a wise move on their part.