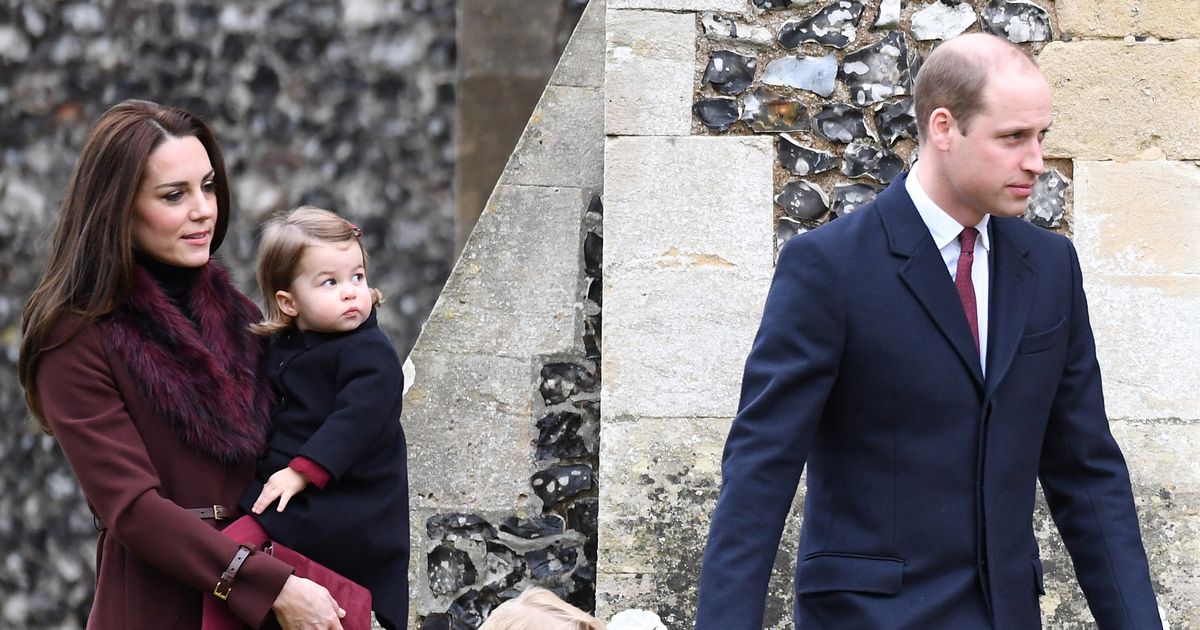 For most of us with children, our Christmas days usually begin the same way, with little ones running down the stairs to find their presents under the tree.

The Royals however have their own traditions – which they usually rigidly adhere to.

However, what’s less well known is that the royal family normally open their presents on Christmas Eve, a legacy of the Queen’s German heritage.

Former royal chef Darren McGrady said: "The royals are of German descent so they weave in German traditions to their celebrations.

"After afternoon tea, they open gifts on Christmas Eve, as is the German tradition."

But mum-of-three Kate Middleton confessed outside church today that Prince George and Princess Charlotte were in fact "up very early" on Christmas morning to open their gifts.

She let slip as she spoke to a royal fan waiting outside church on the estate this morning, hoping to get a glimpse of the young family.

Typically the royal children do not attend the Christmas morning service until they’re a little older.

Prince Harry’s first photographed appearance at Christmas day service was when he was seven and William was five.

Kate appeared alongside husband Prince William and brother-in-law Prince Harry and his new wife Meghan Markle at the service.

Meghan and Kate were all smiles as they walked side by side, just as they had done last Christmas, with Harry and William, past hundreds of royal fans.

The former Suits actress also hugged a well-wisher she spotted in the crowds outside the Norfolk church – Jessica Daniels, who was a long-time Instagram follower of the duchess.

The royal women have been the subject of a series of media reports claiming there is a rift between them.

There have been allegations of a dispute over who reprimands staff, tensions during Princess Charlotte’s bridesmaid dress fitting and claims that Harry and Meghan’s move from London to Frogmore Cottage in Berkshire reflects a widening gulf between the women.

But as they walked with the rest of the family the short distance from the Queen’s Sandringham home to St Mary Magdalene Church they laughed together and seemed engrossed in conversation.

Hundreds of well-wishers had braved the cold conditions to see the "fab four" as Harry, Meghan, William and Kate have been dubbed by the media.

Missing was the Duke of Edinburgh, understood to be in good health and spending the day relaxing with his family, and the Duchess of Cornwall, who is still suffering from a heavy cold.

Other members of the royal family who attended the church service included the Prince of Wales, Princess Eugenie and her husband Jack Brooksbank, the Earl and Countess of Wessex and their children, Lady Louise Windsor and Viscount Severn, the Princess Royal and Vice Admiral Sir Tim Laurence, and Zara and Mike Tindall.

The Queen arrived in her state limousine with the Duke of York.

Afterwards the young royals went on a brief walkabout and when Meghan saw 17-year-old Jessica holding up a small sign with her Instagram username on it, Jessica Scarlett, she instantly recognised it and gave her social media friend a hug.

The teenager, from Peterborough, described the experience as "amazing" adding : "I started watching Suits, then I started following her on social media and then followed her acting and followed her humanitarian work, so I’ve been a fan of her for years.

"There were a group of us girls on social media she became kind of close with and interacted a lot online."

She said about the duchess, who closed down her social media accounts before her marriage to Harry: "This is the first time I’ve met her, she just said ‘it’s so lovely to meet you, incredible to finally see you’ and she was asking how we all are and if we’re still talking and supporting each other."

The Royals at Christmas

'Norm of the North: The Keys to the Kingdom' Trailer: There's a Sequel to This Movie
World News